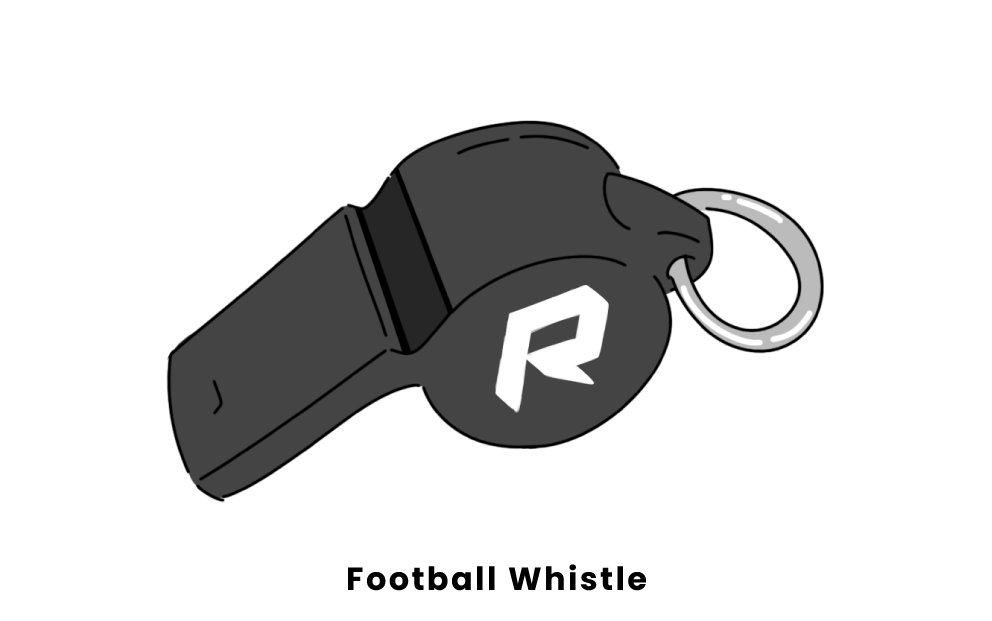 What are Football Whistles?

Football whistles are the device that referees use to signal many things, including when the ball is ready to be snapped and when a player is down. Unlike other sports in which whistles are primarily used to call fouls, whistles in football usually denote when to stop and start the clock.

Referees generally wear a lanyard around their neck with the whistle attached at the bottom, however some officials use a finger whistle. In order to avoid inadvertent whistles, referees will not keep the device in their mouth while watching a play.

There are many different types of whistles in football. The most commonly used style is the Fox 40 Classic. This model is preferred since it is pealess, and the pea in a whistle makes it harder to blow and can be clogged by excess water or dirt. The Classic is ideal for loud stadiums in order to penetrate the crowd noise. Fox 40 also makes a Pearl model that has a lower, more identifiable tone, and a Sonik Blast model that features a shrill, piercing tone.

Acme is another whistle-making company. Their pea whistles were the standard before Fox 40 and are easier to get quick tweets out of.

Unless standardized by the league, officials generally use whichever whistle is the most comfortable for them.

Whistles are a very attainable commodity. They can be bought at sports shops such as Dick's Sporting Goods or at department stores like Walmart. For a more specific selection, there are whistles available on officiating websites like ProReferee and Ump Attire.