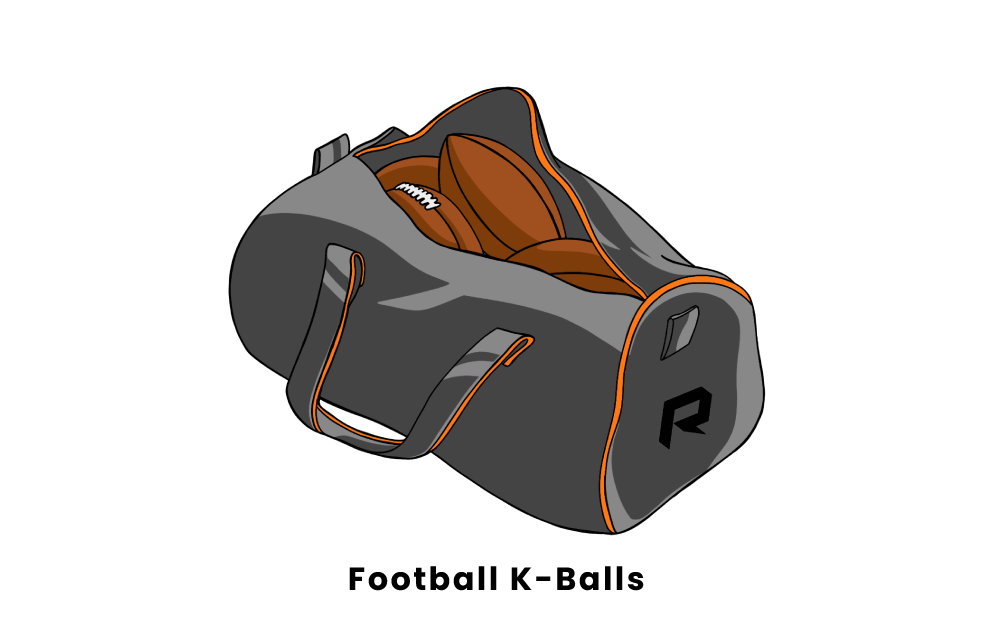 Football k-balls, or kicking balls, are footballs only used by kickers and punters in the NFL. These balls are brought out specifically for situations in which the football is being kicked, as the name implies.

The balls are totally new, sent to teams directly from Wilson Sporting Goods, the company that produces all footballs used in the NFL. The letter "K" is imprinted on them as soon as they are manufactured to avoid confusion and to make sure they are only used by the special teams unit. New footballs, k-balls included, are tough to grip and handle in general because of the slick, glossy coating on the surface of the ball.

The 1999 NFL season marked the introduction of specialized footballs for the purpose of kicking as a response to constant tampering of game balls all over the league. The response was to make every ball exactly the same to prevent any kicker from having an advantage.

Effect On The Game

Still, the k-ball affects the game in a significant way for not only kickers and punters, but holders and snappers as well. The ball makes it more difficult to successfully convert a field goal attempt and kicks tend to be shorter.

Though official k-balls are unavailable for purchase by fans on the Wilson website, slick training footballs do exist to be used for practice.