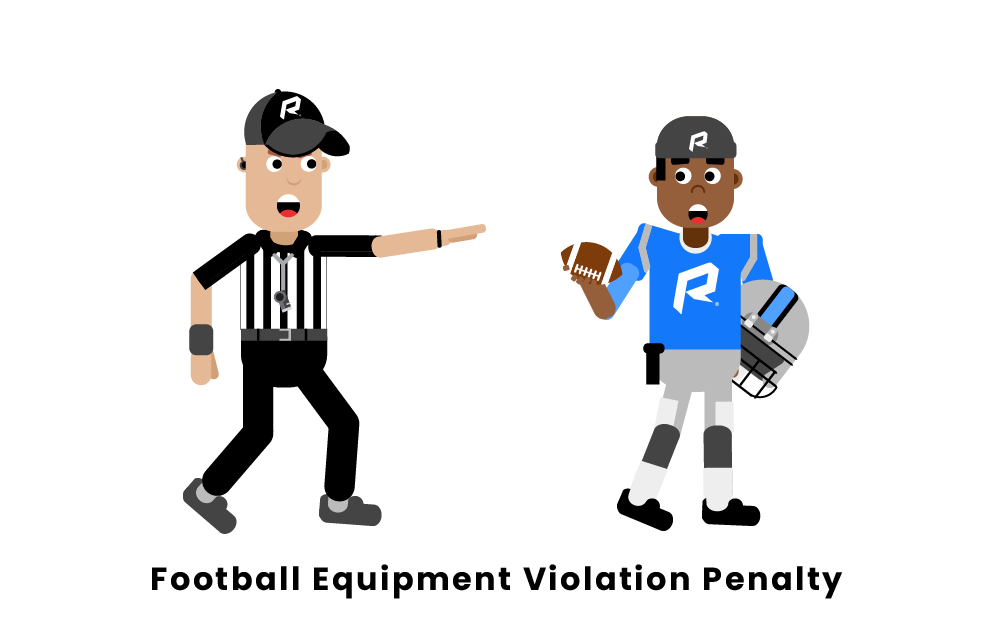 The definition of an equipment violation penalty in the National Football League (NFL) and other leagues worldwide are very complex. Because equipment violations can take so many different forms, many different violations result in different results and consequences. For example, if a player in the NFL is unable to wear a piece of mandatory equipment during a down, he is given a five yard penalty. If a player uses a piece of illegal equipment, the penalty changes from just five yards, to an unsportsmanlike conduct penalty, and results in a 15-yard loss.

An equipment violation penalty differs severely throughout different leagues. In some leagues, the penalty can result in a player being suspended. In others, the penalty may only be a fifteen yard unsportsmanlike conduct penalty. In most leagues, the penalty is given for a player not wearing required equipment or wearing extra equipment that is considered to be illegal. Everything from jerseys to the communications equipment used between a quarterback and coach is considered equipment. Therefore there are a lot of different variations of the penalty with some being much harsher than the others. Below is a table of a few leagues and how they handle illegal equipment during games. 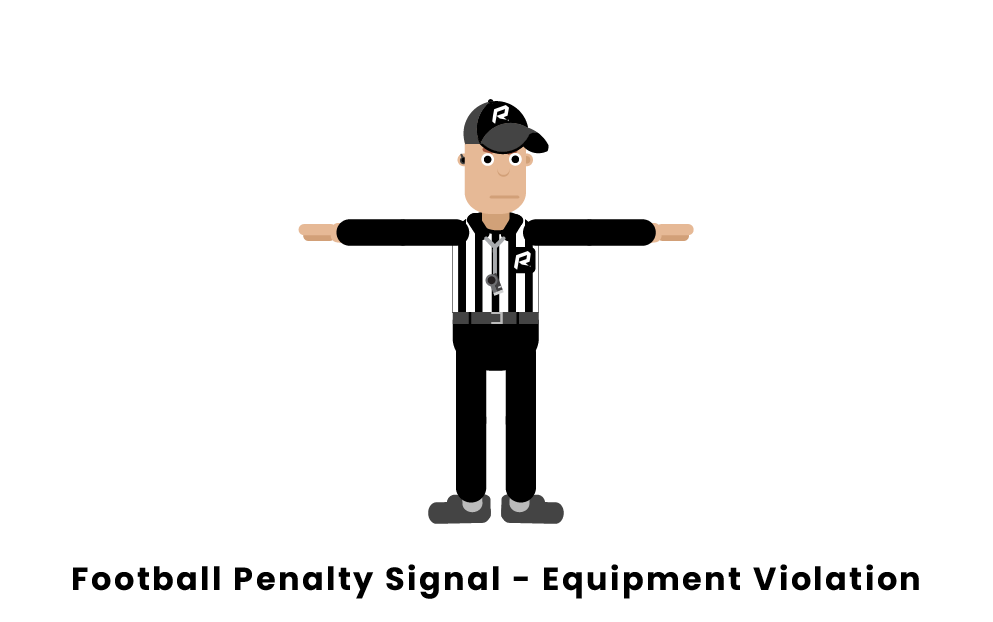 The referee will put his arms out, and create a t-shape with his body. This call results in a penalty for unsportsmanlike conduct and results in a 15-yard penalty.