Football Down Marker and Chains 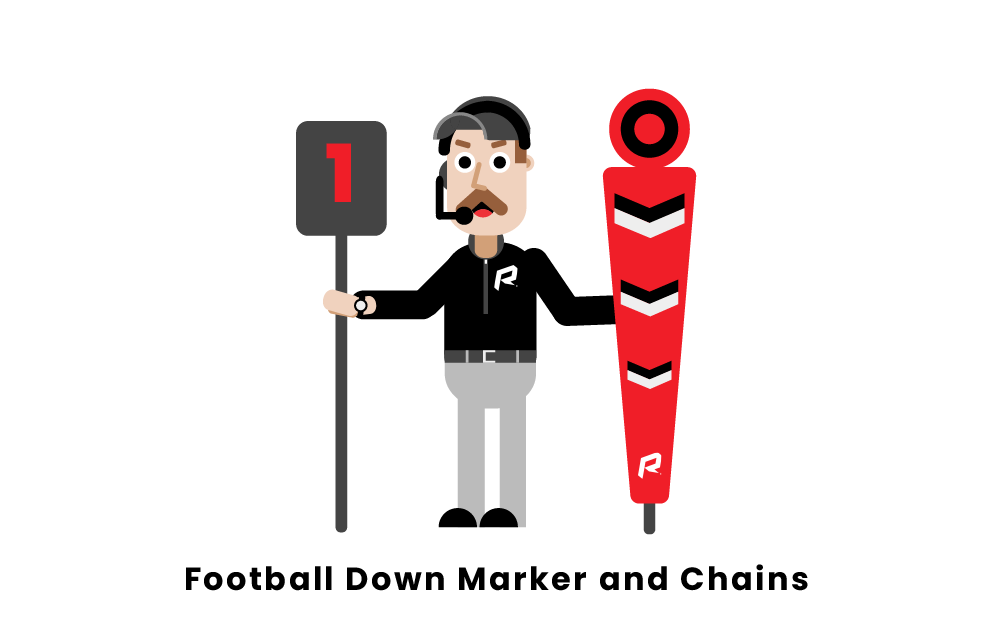 Down markers and chains are equipment exclusive to the game of football. Officials use them during a game in order to help indicate down measurements on the field. These are necessary in order to play an official game of football and are even very helpful during practice.

What are football down markers and chains used for?

Every set of chains is required to have three total posts in order to be used. Each of these components is a metal rod that is covered in foam and usually padding. This is to protect players from injury in case they make contact with a post. Each post has its own unique function.

One post is used to indicate where the set of downs begins. This marker will have a triangular-shaped pad with a circle indicator on top. Another post, which often looks identical to the first, is placed exactly 10 yards past the first post. This signals the point where the team with possession of the football needs to reach within four downs, otherwise, they will turn the ball over. These two markers are connected with a chain at the bottom that is exactly 10 yards long. The last post, also known as the down marker, is used to indicate where the line of scrimmage is and what down it is. This post moves freely between the other two markers.

When looking for football down markers and chains, you'll want to consider the following:

What are you looking for in football down markers and chains? 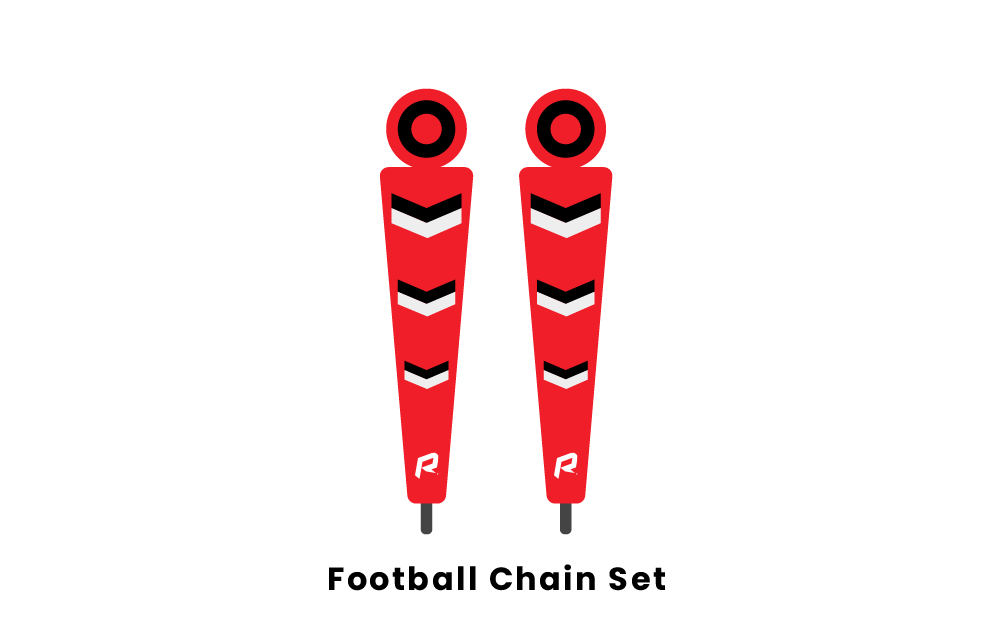 The chain set is composed of two posts that are used to mark the starting point of a set of downs and the yard line needed to achieve a first down. These two posts will be nearly identical. On occasion, one post may have an "X" while the other may have an "O" at the top. This will help identify which direction the team is moving. This set will also come with a 10-yard chain to connect the two markers. 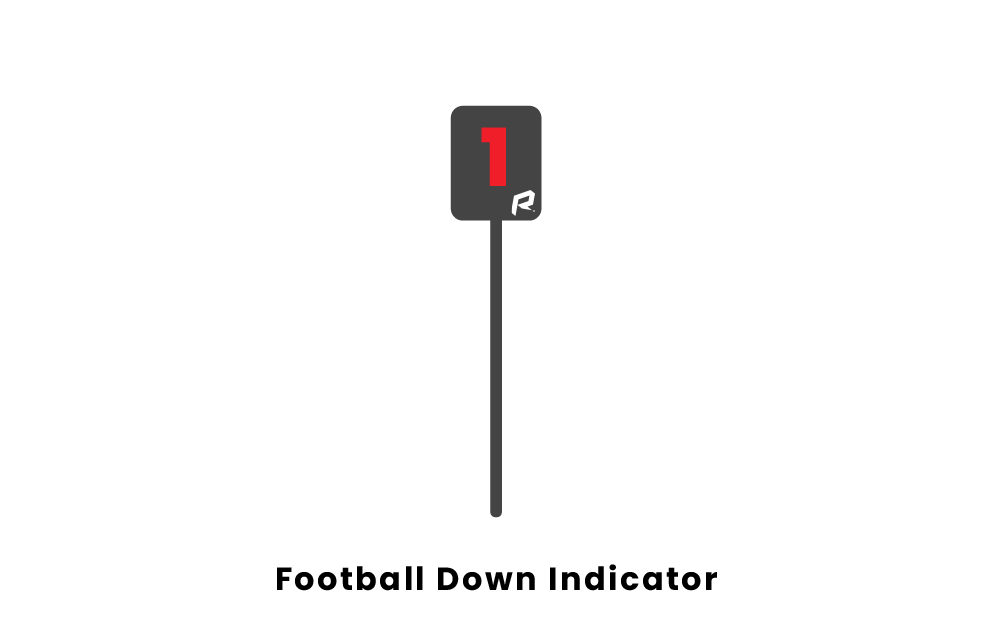 Down indicators or down markers serve two different functions. The first function is to indicate where the line of scrimmage is before each play. This easily helps visualize how far a team is from a first down since it is much closer to the first down marker than the ball. This post will also have a large number indicator with the numbers 1-4 on top. This indicates which down it is to help limit confusion.

Combination Down Indicator and Chain Set

Combination down indicator and chain sets are simply a bundle that includes both the chain sticks and the down marker. This is the most common type bought by teams, especially when they do not have any components of this set to begin with.

When deciding which down markers and chains to buy, always consider the durability and cost.

When being used for its intended purpose, chain sets and down markers will be pretty durable. If they are taken care of properly, they can last for many years without needing replacement. However, if a player runs into a marker or indicator during a game or practice the post may break or become severely bent. Electronic down markers also may break more often than manual markers.

The cost of chains and down markers will vary. Chains alone will usually cost around $200 to $250. Down markers purchased by themselves will typically cost anywhere from $100 to $350. Buying a combined set will often make the per-unit price cheaper and will likely cost around $300 to $450.

How are football down markers and chains used?

Football down markers and chains are used by three separate people, nicknamed the "chain crew". In terms of the chains, one post indicates where the set of down begins while the other indicates the yards needed to get a first down. The down marker is used to indicate where the line of scrimmage is and to show which down it is as well. As team's progress down the field and earn new sets of downs, the chain crew is responsible for moving these markers down field to indicate their new starting point and the 10-yard point the offense must cross to continue moving downfield.

What does the "chain crew" in football mean?

The chain crew is the term used for the group of three game officials that manage the chain sticks and the down marker. These three people place the markers at the discretion of the referees and do not make any decisions on their own.

What is the purpose of the colors on chain and down markers?

The chains and down marker will usually use a bright color pad such as orange in most cases. This color is meant to be easily identifiable among a crowd of coaches and players. This helps the referees, coaches, and players to quickly identify the yardages, down, and line of scrimmage. It also helps players see the sticks easier to help them avoid contact with the markers.

Pages Related to Football Down Marker and Chains