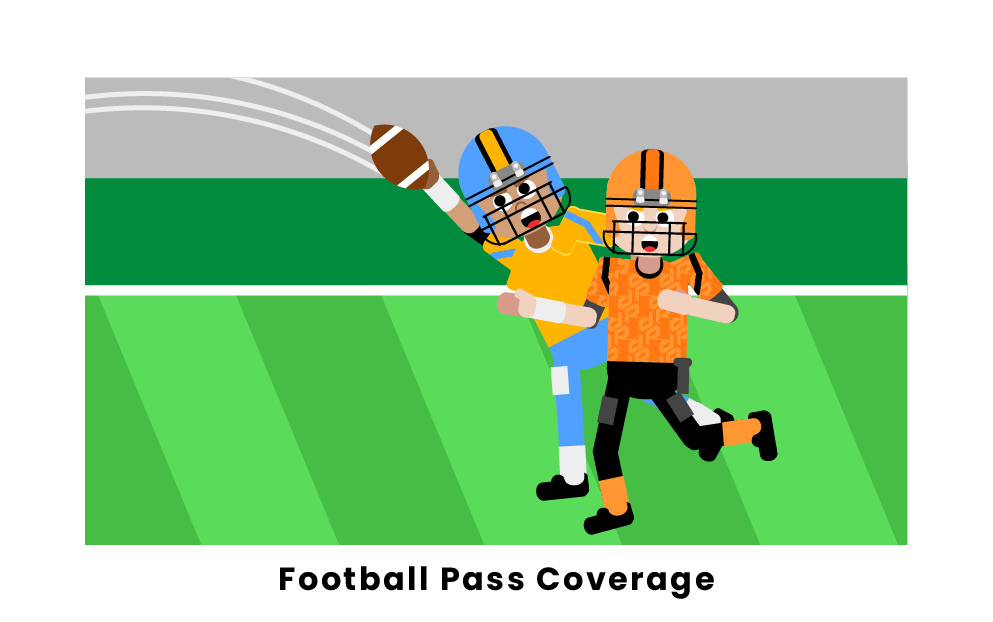 What is Pass Coverage in Football?

Pass coverage in football is the action of defending against a pass. Pass coverage is a crucial part of the game. Over the years, running the football has become less common, and NFL offenses are stressing throwing the football more often. As a result of this trend, more defenses are investing in defensive backs and athletic linebackers to be able to defend the pass better.

Players who typically drop back in coverage to defend the pass are linebackers, cornerbacks, and safeties. Defending the pass can be a difficult task against high-powered offenses, especially with the rules that all defensive players need to follow. One penalty that can be extremely costly to a team is pass interference, which is when the defensive player makes substantial contact with the receiver before the ball gets to them. Many defensive backs struggle with avoiding this penalty.

These are some of the most commonly used pass coverage schemes or shells:

In NFL history, there have been some successful teams that were built around their secondary and pass coverage. The Seattle Seahawks in the early 2010s had one of the best secondaries in NFL history, with defensive backs who excelled at defending the pass. The secondary was named “The Legion of Boom” and featured stars such as Richard Sherman, Earl Thomas, and Kam Chancellor. Due to their success defending the pass, the Seahawks advanced to Super Bowl XLVIII and went on to crush the Denver Broncos 43-8. That gave Seattle their first Super Bowl victory in franchise history.

The Raiders had a ferocious, tough defense in the 1970s, which included a secondary that not only covered the pass well but delivered big hits on opposing players. The 1976 Raiders featured defensive monsters in the secondary, such as Skip Thomas, Jack Tatum, Willie Brown, and George Atkinson. This secondary is considered one of the best of all time and was a focal point on a Raiders team that would go on to win the Super Bowl that year.

These are some other NFL teams with excellent pass coverage: