Though it originated as a play just for the 1960 Philadelphia Eagles, the Nickel defense has become one of the most popular defensive schemes in modern football. Read on to learn about what a nickel defense is and how it is best used!

What is a Nickel Defense in Football?

There are two main defensive alignments used in the nickel defense, the 4-2-5 and 3-3-5 schemes. Both of these alignments feature five players in the secondary, with only the number of linemen and linebackers changing. The 4-2-5 is the more popular scheme as it retains more run-stopping protection with four players on the line. 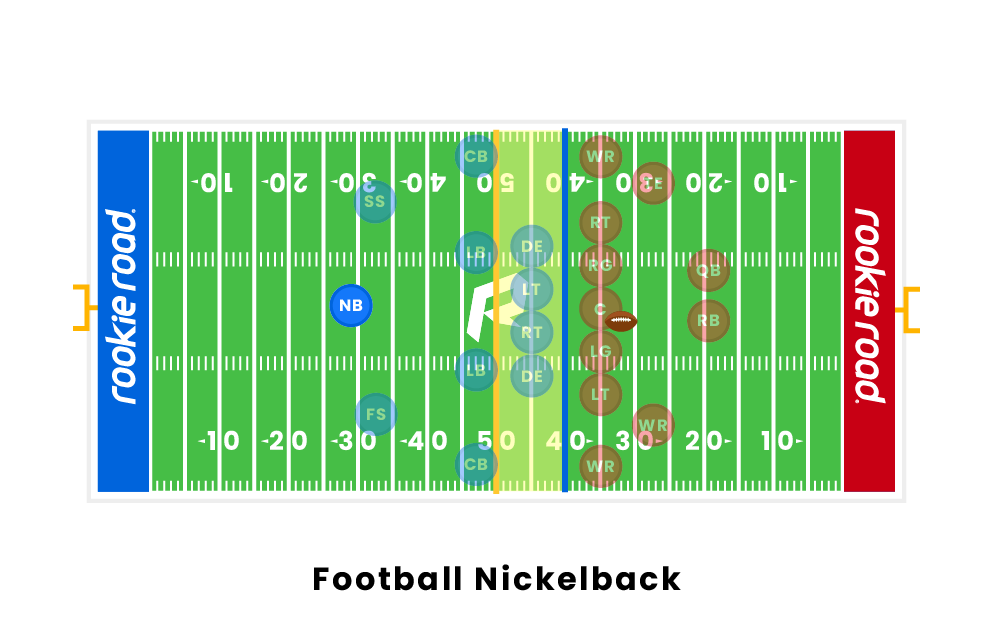 Pros and Cons of the Nickel Defense

The nickel defense is a solid base defense that is designed to prevent pass completions without giving up too much on the ground. Ideally, it is used in a blitz against slow-developing plays, such as play actions. When coverage holds up, this formation will suffocate the quarterback and force an errant throw or even a sack.

The nickel defense’s main weakness lies in defending the run game. Even though it includes four down linemen, the lack of a third (or sometimes second) linebacker can be problematic when defending against the run. The nickel defense can also be vulnerable to screen passes or overloaded formations because they affect the alignment of a defense, especially when using man-to-man coverage.

What is a nickel defense in football?

How do you beat a nickel defense?