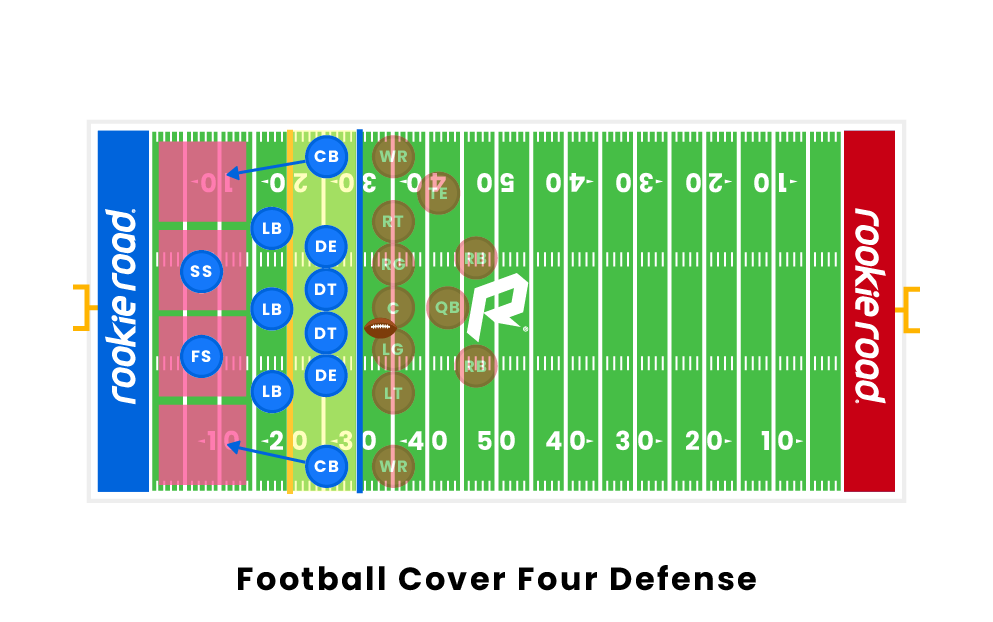 What is Cover Four Defense in Football?

Cover 4 is a defensive zone coverage in football that utilizes two cornerbacks and two safeties. It is a four-deep and three-under zone. Even though it is technically a zone defense, it also involves man-to-man elements.

The responsibilities of the cornerbacks in a Cover 4 zone defense vary. Usually, cornerbacks are responsible for man-to-man coverage of the wide receiver. As for the safeties, these football players have to determine what the receiver on their side of the field will do. As they read the offensive play, each safety will adjust their positioning accordingly. Linebackers and extra defensive backs are responsible for covering the shallow zones. This is in the event of a pass.

A Cover 4 zone defense in football has both its strengths and weaknesses. As for strengths, cover four defense is an effective zone coverage scheme if every defensive player fully understands their role and responsibilities. Both cornerbacks and safeties must be able to read the situation and know where to land before the play starts. It is also a zone coverage that can be very useful against a run play.

The biggest weakness of a Cover 4 zone defense is its lack of misdirection. A Cover 4 defense can be fairly easy to recognize by any offensive player. As a result, offensive players may be able to easily readjust and adapt to this particular defensive setup.