What is 6-2 Defense in Football?

A 6-2 defense in football is a defensive scheme that has six down linemen on the line of scrimmage, with two linebackers, and three defensive backs, typically two cornerbacks and a safety. This is very similar in both style and usage to a 5-2. The only difference in style is that you are substituting what would be a fourth member of the secondary for a sixth defensive lineman. In usage, it is identical.

Using a 6-2 defense is great for stopping the run, arguably more than a 5-2 defense. You are adding yet another defensive lineman to the run-stopping effort. This defense, just like the 5-2 defense, is not a scheme you would use on every down. It is much more likely to be used in short yardage situations where a team only needs a few yards to get a first down. The team would likely just use a run play to achieve that. 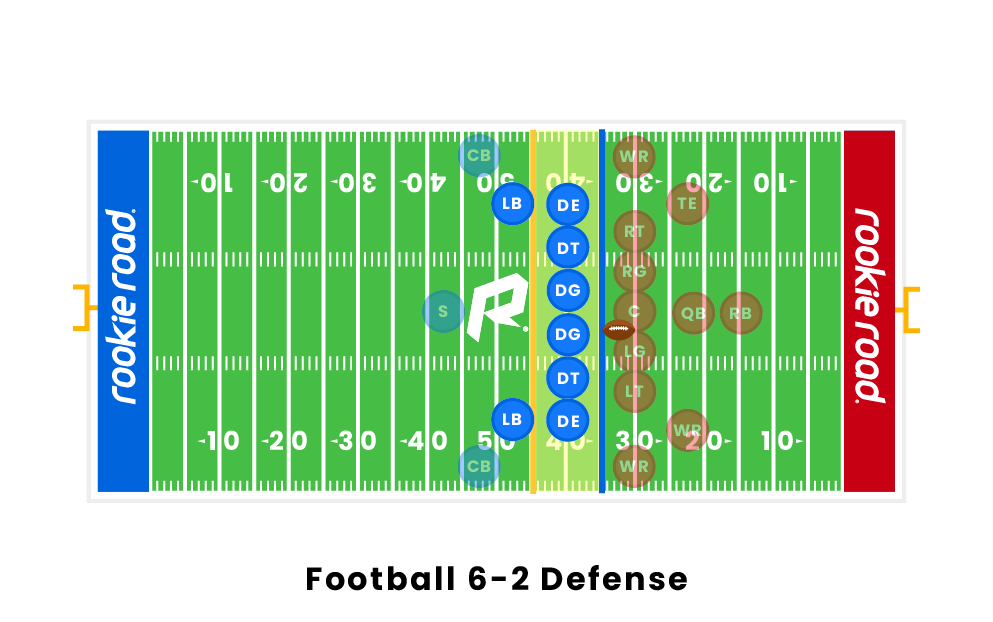