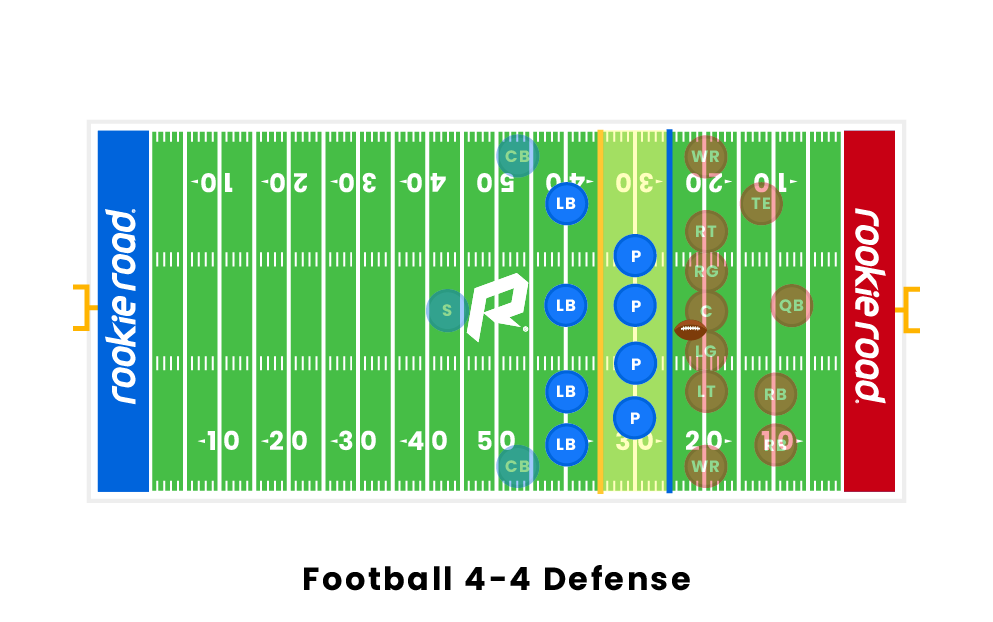 What is a 4-4 Defense in Football?

The four linebackers are divided into a middle (Mike), strong-side (Sam), weak-side (Will), and an added outside linebacker often called the Bandit. Mike and Sam cover the inside while Will and the Bandit cover the outside, lining up opposite the outermost offensive linemen. The linebackers will either cover their assignments in man coverage or equal quarters of the field in zone coverage.

The cornerbacks cover wide receivers and the outside of the field. The safety attacks the line but hangs back when needed, as they are the last line of defense against long plays. In zone coverage, the three members of the secondary split the field into equal thirds.

A 4-4 defense has a little more flexibility than some other defenses because the fourth linebacker can sometimes be played by a strong safety, as their abilities often overlap. Adding a strong safety into the mix instead of a linebacker adds quickness to the team. This is a big bonus for a defense, as it creates another obstacle for the offense, having a more versatile player on the defensive side.

While the 4-4 defense has many advantages, there are also a few pitfalls it can be vulnerable to. Firstly, the 4-4 is somewhat pass-susceptible, as the frontloading of linebackers leads to there being only three players in the secondary, which can be detrimental if a receiver slips past the line and the offense protects the quarterback well enough for a pass. The 4-4 defense can also be vulnerable to misdirection on the run play because if the offense manages to divert the defense in one direction via a fake, it can open up one side of the field for a big run or pass.