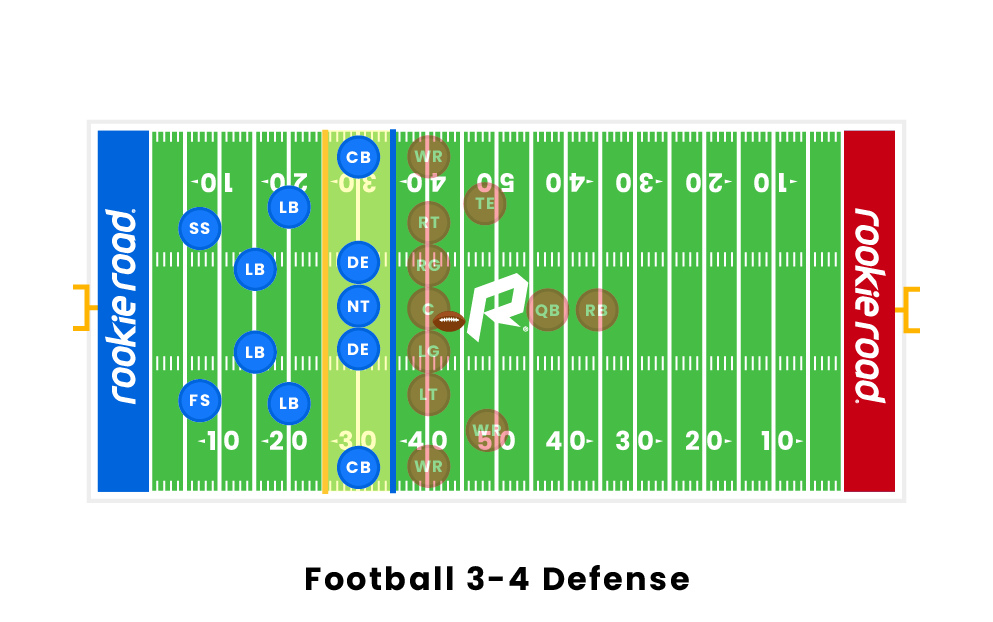 What is the 3-4 Defense in Football?

Roles of the Players

The linemen are there doing what they always do, stuffing the line of scrimmage in case of a run and pressuring the quarterback in case of a pass. There are only three linemen in this defense, so their performance is vital to the success of the defense.

The linebackers usually have to be the most versatile player on the field, and this defense is no exception. They are the primary pass defenders over the middle and the pivotal defenders against runs that break through the line of scrimmage. Their play is probably the most important of all the defense.