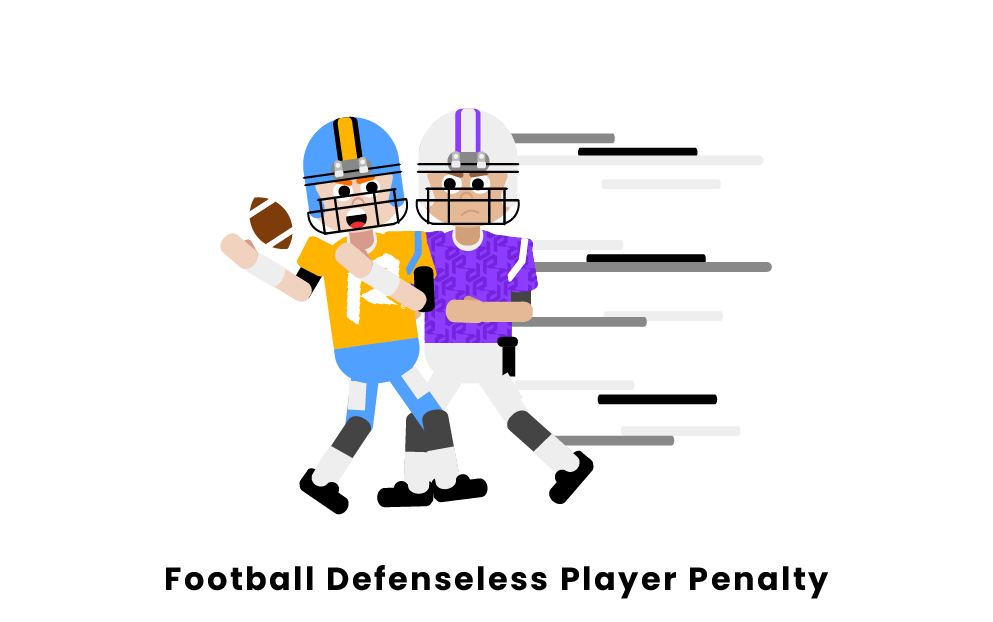 Football, at its foundation, is a contact sport. However, there are many rules and regulations to protect players from injury. Since the creation of the sport, the emphasis on player safety throughout all leagues in football has increased immensely, and penalties such as the defenseless player penalty have been much more common in present day football.

A defenseless player penalty is when a player initiates unnecessary contact against a player who is in a defenseless posture. The posture the foul is referring to can be a number of things. For example, it can be called on a player who just threw a pass, a receiver attempting to catch a pass but does not have a chance to become a runner, a punt returner not having the chance to become a runner, and many more circumstances. If a player hits them in the head or neck area, it is almost automatically called along with launching yourself into a defenseless opponent. Across all leagues it has become more of a popular penalty to ensure the player's safety is an essential part of the game.

A defenseless player penalty is something that is important throughout all of the leagues of football. In the National Football League, a defenseless player penalty results as a penalty against the defense and an automatic first down. This is the same rule that the NCAA has in fact, and in both leagues, a hit of this caliber can lead to a possible ejection. As for high school rules, it is only a 15-yard penalty. Quite surprising the game that is meant to protect young men is only 15 yards, but there are only 4 penalties in high school football that result in an automatic first down.

As for the CFL, their version of a defenseless player penalty is known as a rough play penalty which results in a 25-yard penalty and a possible disqualification. In the Australian Football League, it is considered a head high tackle which simply results in a free kick. The AFL is organized much differently than the rest of these leagues which is why their penalty result is much different. Nonetheless, all of these rules are put in place to protect the players and now more than ever, we have seen the defenseless player penalty called amongst all leagues. 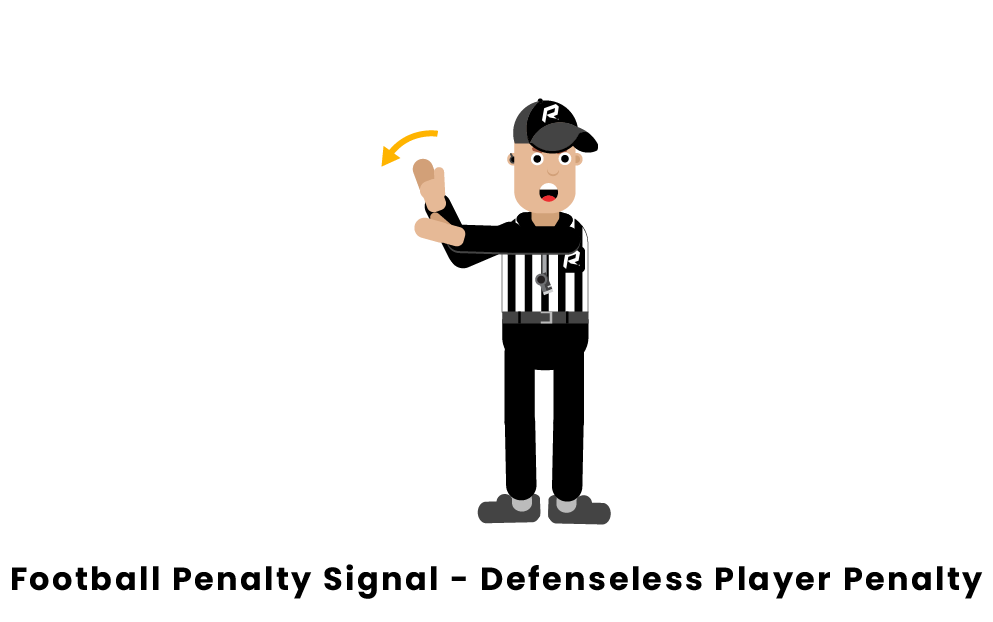 A referee calls a personal foul when a defenseless player penalty is called. They cross their arms using their right wrist to come down to their left wrist, which is the universal call for a personal foul.