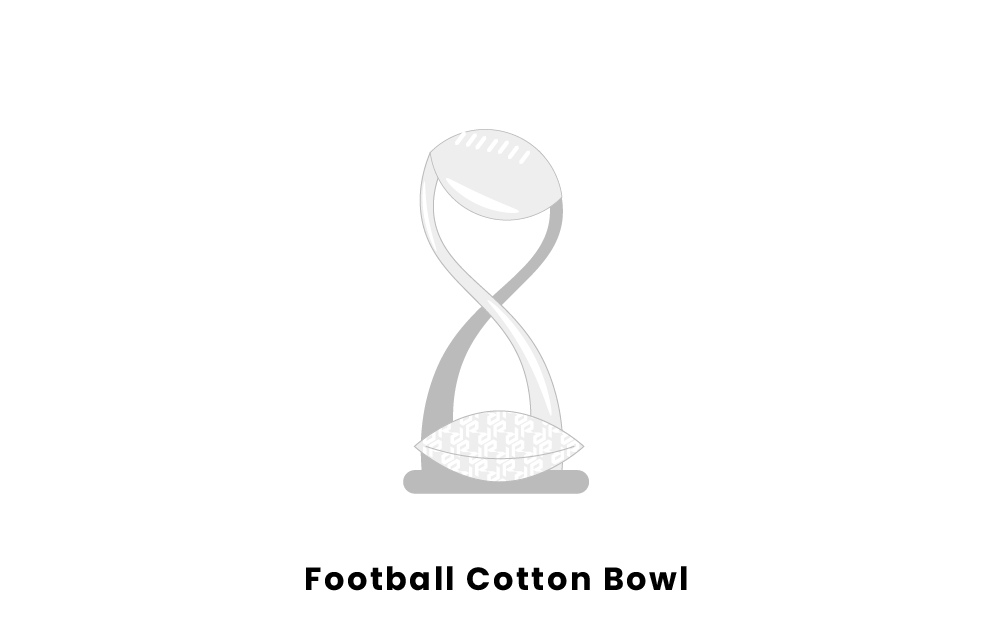 The Cotton Bowl (also referred to as the Goodyear Cotton Bowl Classic) is one of the six major College Football Bowl Games, also known as the “New Year’s Six,” due to their being held on New Year’s Day each year. As with its fellow bowl games, the Cotton Bowl has a lengthy and prestigious history, which dates all the way back to 1937. Read on to learn more about the history, location, affiliation, and payout of the Cotton Bowl!

What is the Cotton Bowl in Football?

The Cotton Bowl was first conceived in 1936, when J. Curtis Sanford, an oilman and entrepreneur from Dallas, Texas, attended the 22nd Rose Bowl Game between Southern Methodist University and Stanford University. Watching the game, Sanford was inspired by the dedication and excitement of its fans and decided to create a similar bowl game for his hometown of Dallas. Using $6,000 of his own money, Sanford created the Cotton Bowl Classic, and the first game was held on January 1, 1937, between Texas Christian University and Marquette University. Texas Christian University won the game 16-6.

The name of the Cotton Bowl was derived from the fact that Texas was a major producer of cotton at the time of the game’s creation. Additionally, the name is a pun on the term “cotton boll,” which refers to the covering which protects the clumps of fluff produced by the cotton plant, which is spun into cloth.

As with the other Bowl Games, the Cotton Bowl is extremely competitive, and as such, the payout is significant. In 2022, the estimated payout for the Cotton Bowl will be $4,000,000 for both USC and Tulane University. Other teams who have played and won the Cotton Bowl include: Texas, Texas A&M, Arkansas, Alabama, Notre Dame, and Ohio State.

Why is it called the Cotton Bowl?

The Cotton Bowl was named for the cotton plant, which is the major crop of the State of Texas, where the game is held each year. As of today, Texas remains the largest producer of cotton in the United States, producing 40% of the cotton used throughout the nation. Thus, it makes sense that the bowl game of Texas would be named after this trademark crop.

When is the Cotton Bowl?

The Cotton Bowl for the 2022-2023 season will be held on January 2, 2023. This is in line with the other five members of the “New Year’s Six,” Bowl Games that are held on or around January 1 each year. The other five New Year’s Six games are the Sugar Bowl, the Fiesta Bowl, the Orange Bowl, the Peach Bowl, and the Rose Bowl.

Where is the Cotton Bowl played?