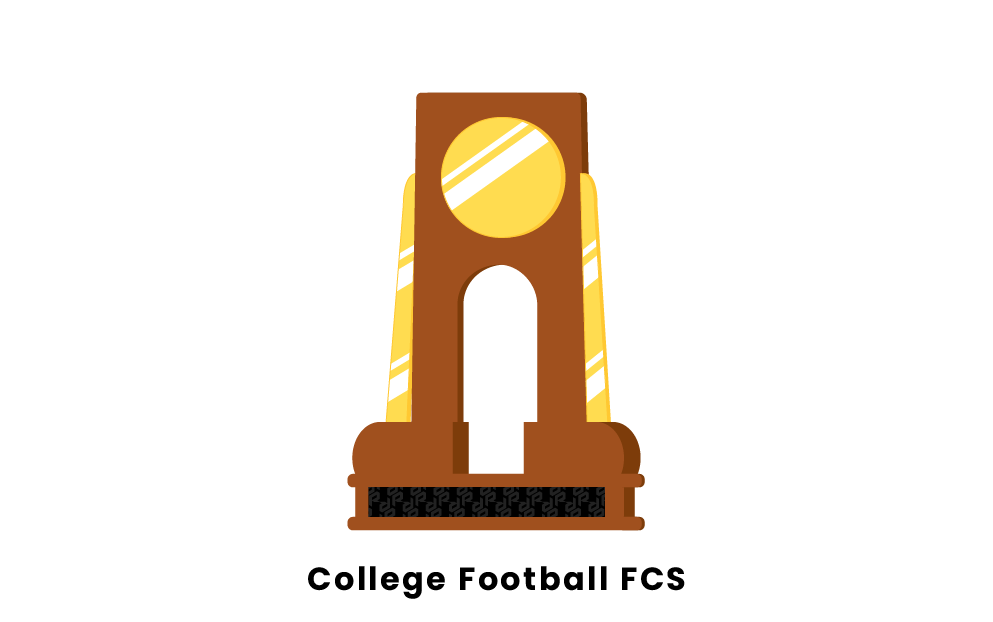 What is the FCS?

Within the FCS, there are 15 conferences. Each conference has between 6 to 13 teams. The current conferences in the FCS are as follows:

There are currently 130 NCAA FCS programs. Teams in the FCS tend to have smaller budgets, attendance, and less-known brands nationally than their FBS counterparts. They do, however, historically have a stable postseason tournament system, as the FBS does not. Starting around Thanksgiving, FCS schools begin to participate in the NCAA Division I Football Championship.

The tournament itself began with four teams in 1978, and has since grown to include 24 teams. Ten of these teams come from conference champions of automatic-qualifying conferences, while the other 14 are from at-large bids. The bids and seeding are determined by a committee (similar to the FBS’s College Football Playoff Selection Committee).

The NCAA Division I Football Championship follows a single-elimination format. There are eight seeded teams that receive first-round byes, while the remaining 16 play preliminary games. The winners move on to play the seeded teams in a traditional bracket structure. The bracket continues until the two final teams play for the championship title and trophy.

Since the tournament began in 1978, no program has appeared in the Championship more than Georgia Southern, who hold a 6-2 all-time record in the title game. North Dakota State has a 7-0 record in title games, winning all seven in eight years from 2011-2018. Other programs with more than two titles are Youngstown State and Appalachian State.

Some programs find so much success at the FCS level that they are able to make the jump into the FBS. Georgia State, Appalachian State, Marshall, and Boise State are a few examples of teams that made the jump from FCS to FBS.

What is the FCS in football?

The FCS is one of two main subdivisions of NCAA Division 1 football. FCS stands for Football Championship Subdivision. Compared to the FBS, the other Division 1 football subdivision, the FCS is made up of teams with less known national brands, smaller budgets, and less attendance at games. There are 130 NCAA football programs in the FCS.

How many subdivisions are there in NCAA Division 1 Football?

How many conferences are there in the FCS?