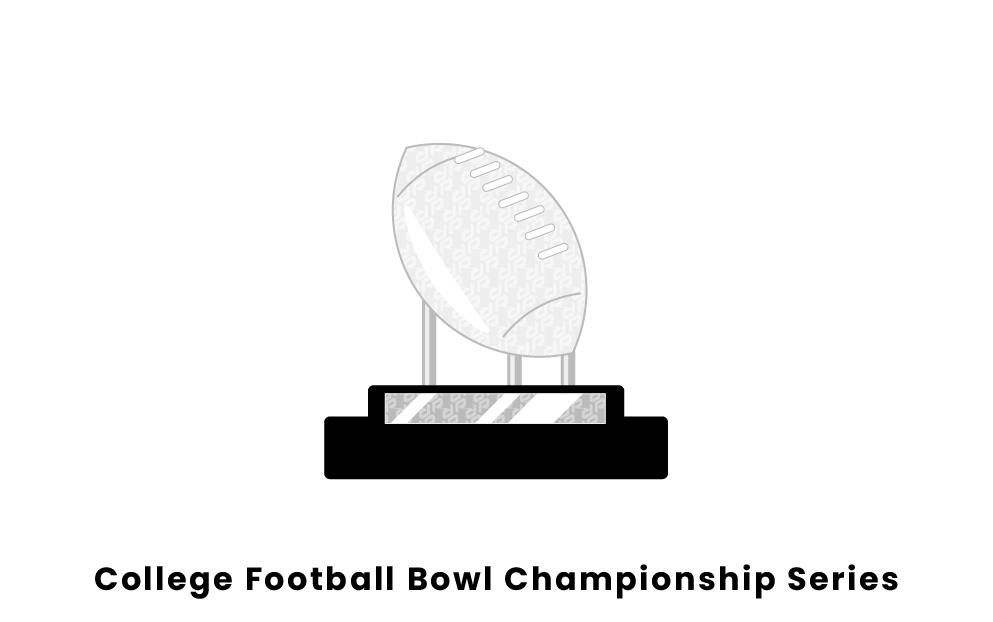 What Was the BCS?

In college football, the Bowl Championship Series, better known as the BCS, was the first college postseason format to create a championship game between the top-ranked teams in the NCAA’s Football Bowl Subdivision. The BCS existed from 1998 to 2013 before being replaced by the College Football Playoff (CFP) in 2014.

The BCS was created in 1998 to host matchups between the top teams in the NCAA Division I FBS. The BCS took place across the four biggest bowl games: the Fiesta, Orange, Rose, and Sugar Bowls. The BCS National Championship Game was hosted at one of these four bowls, with the venue rotating every year. The conference champions of the ACC, Big East, Big Ten, Big 12, Pac-10, and SEC were combined with two other “at-large” teams to create the field of eight for these four games.

In 2006, the BCS expanded to include two more at-large teams and a National Championship Game separate from the bowl it was held at. The host of the title game still rotated, and conference champions still maintained their traditional bowl matchups when possible.

The BCS used a combination of press and coach voting, as well as computer models, to determine the final rankings. This process was reformed over the years, but the consensus was that the BCS may have got it wrong on multiple occasions. The BCS also prioritized programs from top conferences, excluding teams like Utah, TCU, and Boise State from the National Championship Game despite going undefeated in their regular seasons.

Dissatisfaction with the BCS from fans, writers, coaches, and even famous figures such as US President Barack Obama eventually led to its replacement by the College Football Playoff starting after the 2014 regular season. While the CFP is widely regarded as an improvement from the BCS, it is still criticized for not including teams outside the “Power Five” conferences.

Below is a list of the bowl games that were played in the Bowl Championship Series: