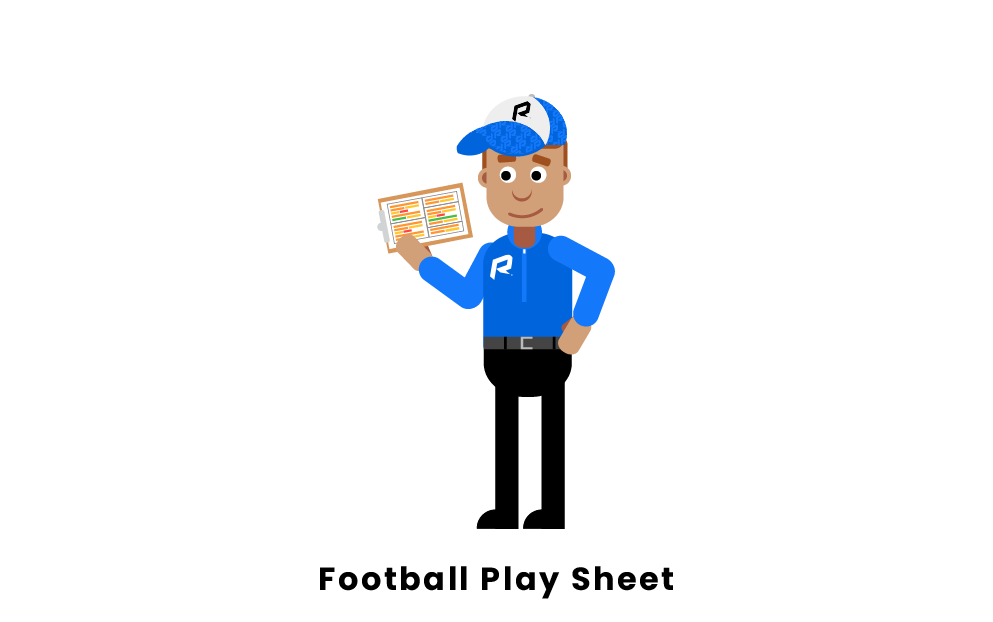 What is a Play Sheet in Football?

A play sheet in football is a list of plays used by the coach to call plays from. Each play sheet is incredibly detailed and is made up of plays that are selected with the other team’s weaknesses in mind.

Coaches on both teams make use of play sheets to help themselves organize their game plan and execute their strategy. Offenses and defenses both utilize play sheets during each game.

Often, on both offense and defense, you will see coaches with their play sheets on the sidelines, and many times, when calling plays, the coach will hold their play sheet close to their mouth, covering it from view. This is because the coach does not want anyone to see them speaking the called play into their headset, potentially reading their lips and learning what the play is. A famous instance of this happening was the “Spygate” incident, a 2007 allegation by the NFL which implicated and fined the New England Patriots for videotaping signals made by the defensive coaches for the New York Jets.

The coach in charge of play-calling (in most cases, the offensive coordinator) holds the play sheet during the game. They read it and find plays that best fit the situation the offense is in. It has plays grouped together based on the yardage needed and current down.

While the defensive coordinator doesn’t have a sheet for offensive plays, they do carry around a sheet with defensive schemes on it. Those schemes and coverages are also grouped into categories such as blitzes, zone coverages, and man-to-man coverage.

How Football Teams Use Play Sheets

Play sheets largely help a football team with organization. With only 40 seconds between each play, a coaching staff must quickly decide what is the best play to call. By organizing each of their possible plays into easy-to-read categories, the coach can immediately call up a play that fits the situation. Once the play is decided, the coach can then communicate it to the huddle through a one-way radio. On offense, the quarterback gets the message, and on defense, the captain gets it (usually a middle linebacker).

A typical NFL play sheet lists around 160 different plays for a variety of situations. For each situation, there are somewhere between four and more than ten options. Common situations are short-yardage runs, third-and-short, third-and-long, and each of the four five-yard segments of the red zone. In the NFL (and often college), quarterbacks also use miniature play sheets that are held in sleeves called wrist coaches.