Can All 4 Teams From The Same Division Make The NFL Playoffs? 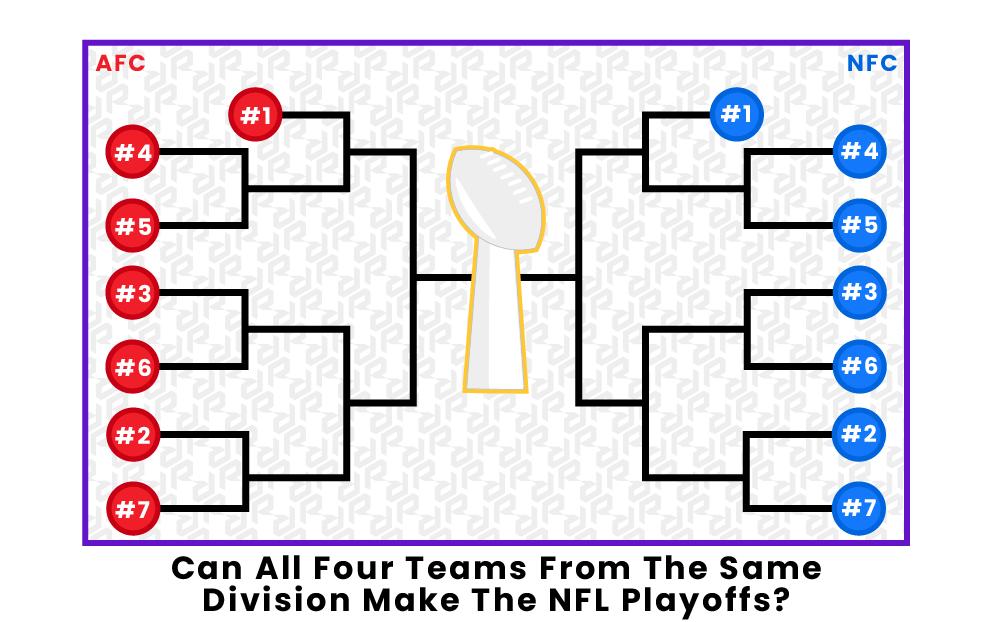 There are eight divisions of four teams across the National Football League (NFL), and every year each division winner is guaranteed a spot in the playoffs. Thus, teams are ultra-competitive with the teams in their division, as beating them in the regular season is the easiest path to the playoffs. It is not the only path, however. The remainder of this piece will discuss the NFL playoffs, and how all four teams from one division could make the playoffs.

How Can All Four Teams From the Same Division Make the Playoffs?

All four teams from the same division can make the playoffs if the second through fourth-ranked teams capture the conference’s three wild card spots. This would put the division winner, as well as the division’s other three members, in the playoffs. Since there are only seven playoff spots for the whole 16-team conference, it is highly unlikely that all four teams from the same division will make the playoffs. However, it is possible since the wild card winners can come from any division.

Have All Four Teams From the Same Division Ever Made it to the Playoffs?

In the 2022-2023 NFL season, all four teams in the NFC East almost made the playoffs. The Philadelphia Eagles (14-3) are the NFC’s number one seed, the Dallas Cowboys (12-5) are the first wild card team, and the New York Giants (9-7-1) are the second wild card team. The Washington Commanders just missed out at 8-8-1, as the Seattle Seahawks took the final wild card spot at 9-8.

Pages Related to Can All 4 Teams From The Same Division Make The NFL Playoffs?