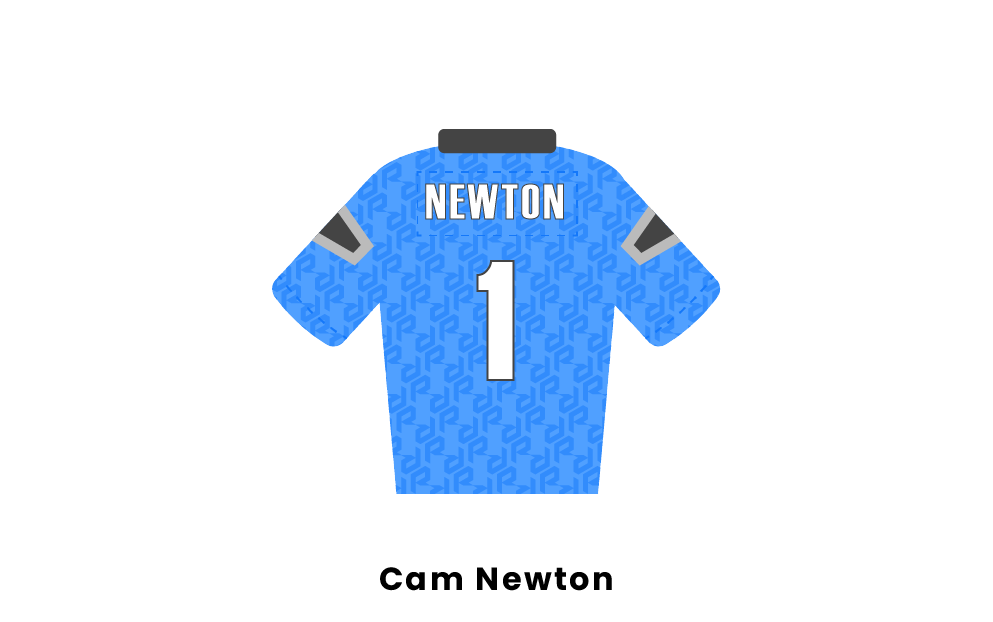 Cam Newton is one of the most talented NFL quarterbacks of the 21st century. He was born the son of Cecil Newton Sr, who was a well known safety on the football field. Cam was born into a football family, and his career officially took off when he committed to play for the University of Florida. After a few college transfers he ended up at Auburn University where he won the Heisman Trophy, before being drafted as the number one pick in the NFL Draft by the Carolina Panthers.

Cam Newton officially began his college football career at the University of Florida. He played for the Gators for two seasons before suffering an injury and later being arrested in 2008. Cam then transferred to Blinn College, where he proceeded to bring his team to the NJCAA National Championship in 2009. The next year he transferred to Auburn University where his football career started to take off. After earning the Heisman Trophy in 2010, he was then drafted in 2011 to the Carolina Panthers. He went on to play for the Carolina Panthers until 2020, when he signed with the New England Patriots. Newton returned to Carolina the following year, but was not re-signed after the 2021 season.

Cam Newton emerged as one of the top college football players during his 2010 season at the University of Auburn. During this season, he was awarded the AP College Football Player of the Year, the Maxwell Award, the Walter Camp Award, the Davey O’Brien Award, and the most prestigious of them all, the Heisman Trophy Award. Newton then went on to win the BCS National Championship later that season, which was his second time winning the title. This time he was a starter instead of a backup, which further increased the hype around him as a football player.

These accolades cemented Newton as the premier pick in the 2011 NFL draft, and the Carolina Panthers selected him first overall. Newton immediately made an impact in the league, winning the Rookie of the Year Award and being sent to the Pro Bowl in his first season. Newton would go on to make the Pro Bowl in 2013 and 2015, as he led the Panthers deep into the playoffs in both years. In 2015, Newton was named Most Valuable Player as well as the Offensive Player of the Year, but failed to win in the Super Bowl against the Denver Broncos.

Cameron Newton was born on May 11th, 1989 in Savannah, Georgia. He grew up with both of his parents, Cecil and Jackie, as well as his older brother, Cecil, and his younger brother Caylin. He lived in a small town named College Park where he attended Seaborn Lee Elementary School, and then proceeded to study at Camp Creek Middle School.

In 2003, Cameron started his ninth year of school at Westlake High School located in Fulton County. He played both football and basketball throughout high school before committing to play football as a freshman in college where he attended the University of Florida.

What is Cam Newton’s full name?

Cam’s full and legal name is actually Cameron Jerrell Newton. His parents, Jackie and Cecil Newton, gave birth to Cameron on May 11th,1989. Cam was also the second son born into his family after Cecil, but his parents later had another son Caylin, completing the athletic family of five.

Where did Cam Newton go to college?

Cam Newton attended three different colleges throughout his college career as a student athlete. Cam’s college football career began when he was selected to play at the University of Florida. After playing for the Gators, Cam then transferred to Blinn College, a community college in Brenham, Texas. For Cam’s final year as a college athlete, he attended Auburn University located in Lee County, Alabama.

What team does Cam Newton play?

As of 2022, Cam Newton is a free agent who remains unsigned to a particular NFL team. In previous years, he has played for the Carolina Panthers and then for the New England Patriots until he was released in 2020. He played again for the Panthers in 2021-2022 before becoming a free agent.