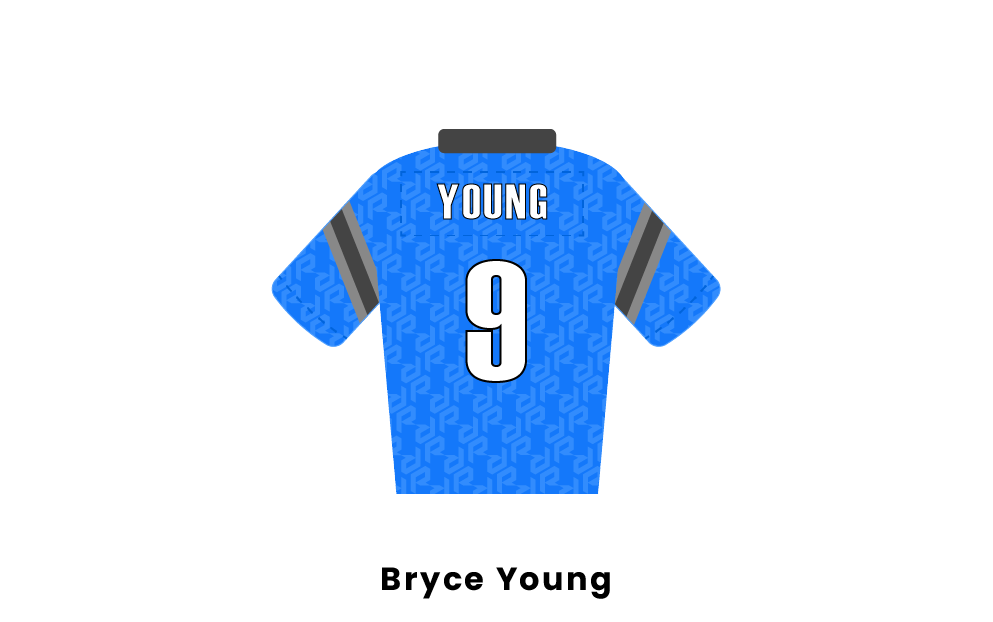 Bryce Young is a quarterback at the University of Alabama, and won the Heisman Trophy in 2021. Young is currently eligible for the 2023 NFL Draft, where he is expected to be the first overall pick. Read on to learn more about Bryce Young.

Bryce Young was born July 25, 2001, in Philadelphia, Pennsylvania. He moved to Pasadena, California at a young age. Young spent his first two years of high school playing football at Cathedral High School in Los Angeles, California, transferring to Mater Dei High School in Santa Ana, California for his last two years. During his time at Mater Dei, Young committed to the University of Southern California (USC), with plans to stay local. After numerous convincing phone calls from the coaching staff at the University of Alabama, Bryce Young decommitted from USC, and committed to play for the Alabama Crimson Tide, where he would go on to win a National Championship and the Heisman Trophy. Young is still currently

the starting quarterback for the Alabama Crimson Tide, but is now eligible to declare for the NFL Draft, where he is expected by many analysts to get drafted number-one overall.

Bryce Young has an estimated net worth of $3.5 million. The producers of Bryce Young’s income are his NIL deals under the new rule in the NCAA where athletes are now able to profit off of their own name, image, and likeness (NIL). His largest deals are with companies such as Dr. Pepper, Nissan, Beats by Dre, and Celsius Drink. Bryce Young is in ads and commercials for these brands.

Bryce Young began playing football at a very young age, with his parents investing in a quarterback coach when he was only five years old. Several years later, Young went on to play football at Cathedral High School in Los Angeles, where he received offers as early as his freshman year. After spending his first two years of high school at Cathedral, Young decided that he would transfer to Mater Dei, a prestigious high school in Santa Ana, California. From there, Bryce Young had committed to the University of Southern California. It didn’t take long for Young to change his mind, as he eventually decommitted from USC and committed to the University of Alabama. Young has spent the entirety of his college career at Alabama, and is eligible to declare for the 2023 NFL Draft. Bryce Young is predicted to be the first overall pick in the 2023 NFL Draft.

Bryce Young has been accredited with many titles and awards during his time as quarterback at the University of Alabama. The most impressive award Young has received thus far was the Heisman Trophy in 2021. The Heisman Trophy is given to the Most Outstanding Player at the end of each season, and is the most prestigious award that an NCAA football player can receive. Winning the Heisman Trophy, Bryce Young joined an elite group of the best players that the NCAA has to offer.

2021 was a huge year for Young, as he had also been awarded with the Davey O’Brien Award and the Maxwell Award. The Davey O’Brien award is given to the Most Outstanding Quarterback and the Maxwell Award is given to the Player of the Year. The awards that Young has received in college prove that he is one of the strongest quarterbacks in his class.

Bryce Young was born in Philadelphia, Pennsylvania, on July 25, 2001. When he was a young child, his parents decided that they were not happy with their life in Philadelphia, moving their residence to California, where Young would grow up. In 2006, when Bryce Young was five years old, he began working with a quarterback coach for the first time. He was very talented at a young age, but his parents Craig and Julie Young could have never imagined what would one day come of their son.

When Bryce was a freshman in high school, he was already receiving college offers, the first of which from Texas Tech with many other schools following close behind. Bryce Young would not be who he is today if it weren't for the help of his supportive parents. He himself credits his father for being the main reason he is where he is today.

Who is Bryce Young?

What position does Bryce Young play?

Bryce Young plays quarterback for the Alabama Crimson Tide. Since he was a young boy, Young had always had a great arm. Young played quarterback throughout high school, and continued doing so at the next level. During his freshman year at Alabama, Young was the backup to Mac Jones. After Jones was drafted, Young took the starting quarterback spot, and has excelled in the position, becoming the highest-paid collegiate athlete.

Where is Bryce Young from?

Bryce Young was born in Philadelphia, Pennsylvania, moving to Pasadena, California at a young age. It is a common misconception that Young was born in California, as many websites and articles claim, but this is untrue, as they are unaware of his short time in Philadelphia. Spending the majority of his life in California, Bryce Young is a California kid, who had dreams as a young child of playing for his hometown university, UCLA.