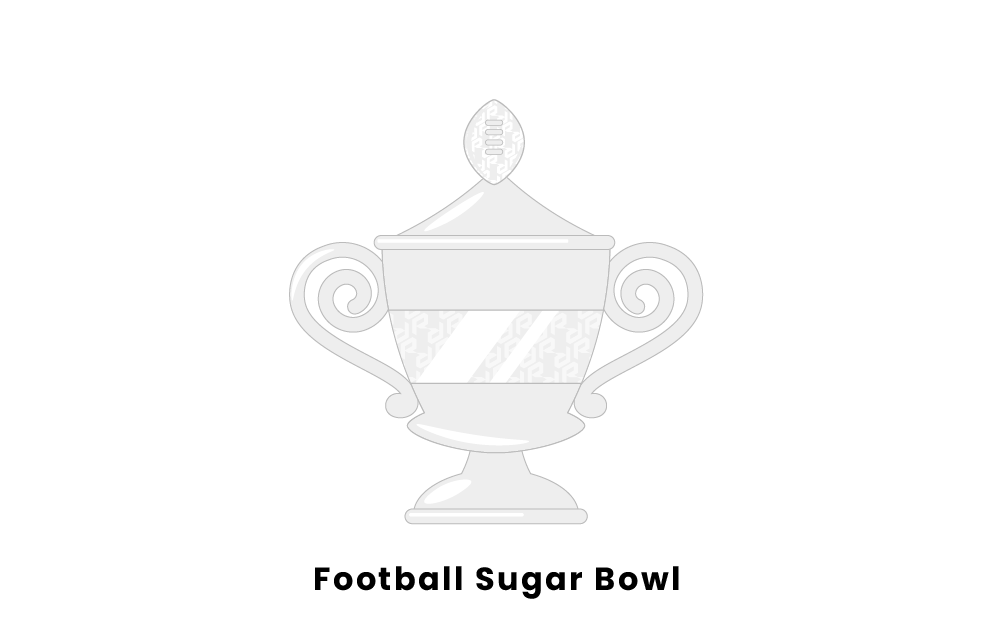 What is the Sugar Bowl in Football?

The Sugar Bowl will be held on December 31st, 2022, and will feature the Alabama Crimson Tide versus the Kansas State Wildcats. The game will be played at 12:00 p.m. EST at the Caesars Superdome in New Orleans, Louisiana. Sugar Bowl ticket prices start around $100 for 600-level seating and range to over $1,000 for 100-level seating.

The Sugar Bowl has a conference tie-in with the SEC and the Big-12 conference. Whenever it is not hosting a National College Football semi-final, it traditionally brings together the champions of those two conferences. Together with the Orange Bowl, the Sugar Bowl is the second oldest bowl game in existence (behind the Rose Bowl).

The Sugar Bowl was inspired by the Rose Bowl. The goal was to have a New Year’s football game like the one in Pasadena but located in New Orleans. The idea arose in 1927, but it was only in 1935 that the first Sugar Bowl game was actually played. The game was held in the Tulane Stadium, at the Tulane University campus and it featured the home team against Temple University. The game ended with Tulane defeating Temple 20-14.

The Sugar Bowl was played at the Tulane Stadium from 1936 until 1974. In 1975, the game officially moved to what is now called the Mercedes-Benz Superdome, and that stadium has hosted every Sugar Bowl game from that year on, except for one. The exception is in the year of 2006, when destruction caused by Hurricane Katrina resulted in the game being played at the Georgia Dome.

Traditionally, only SEC teams have played at the Sugar Bowl, but there was no official agreement between the conference and the game until 1976, when both organizations made the relationship official. However, the tie-in with the Big-12 was framed much later, only in 2015.

The culture of New Orleans transfers to the Sugar Bowl, making it a very festive and celebrational experience. However, that doesn’t mean the competition is any less fierce. As one of the six major College Football bowl games, teams are very motivated to give their best effort at the Sugar Bowl. The winning team even gets to take home a payout of around $66 million alongside the unique Sugar Bowl trophy. Some of the great programs that have achieved the glory of winning the Sugar Bowl are Baylor, Ohio State, Alabama, Georgia, Texas, and Oklahoma.

Why is it called the Sugar Bowl?

The Sugar Bowl got its name from the location of the original Tulane Stadium, which was built on land where sugar was crystallized. Étienne de Boré was the first person to do so in 1795, right where the stadium was built over 100 years later. Most bowl games in college football have been named based on location and culture, much like the Sugar Bowl.

When is the Sugar Bowl?

The Sugar Bowl is traditionally held on either December 31st or January 1st every year. This makes it one of the six Conference Bowl games known as the New Year’s six due to their mutual proximity to New Year’s Day. There have been certain occasions when the Sugar Bowl was played on January 2nd and even once on January 4th, but the organizers try to keep all such games as close to New Year’s as possible.

Where is the Sugar Bowl played?