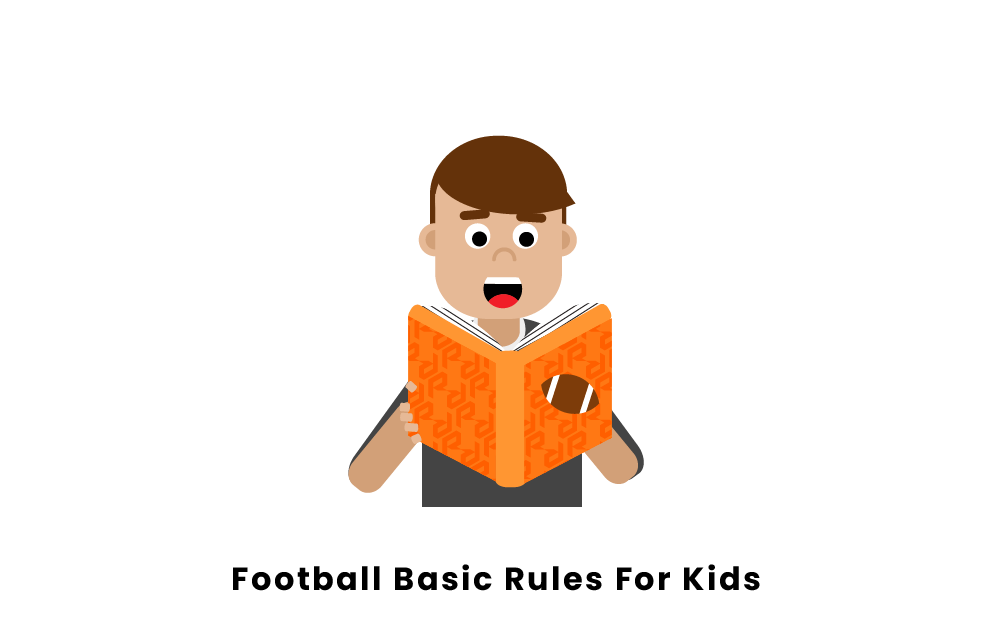 The goal of football is to move the ball down the field to try and score points.

This can be done by either running with the football until tackled or throwing the ball to a teammate.

To maintain possession of the ball, each team’s offense gets four chances to move the ball ten yards forward. Each chance is called a down.

If a team’s offense fails to move the ball ten yards forward after four tries, the ball is given to the other team.

A touchdown is worth six points and is scored by moving the ball into the other team’s end zone.

The end zone is a ten yard section located at each end of the football field.

If teams are unable to reach the end zone, they can also score three points by kicking a field goal.

A field goal is scored by kicking the ball between the goal posts.

Each team is allowed to have 11 players on the field. That means 22 players are on the field at all times.

Referees are people who make sure all of the football players on the field follow the rules. They will blow their whistle if someone breaks a rule.

Football games are divided into 15 minute quarters, and lasts a total of 60 minutes. Because of breaks and halftime, watching a whole game can last over three hours!