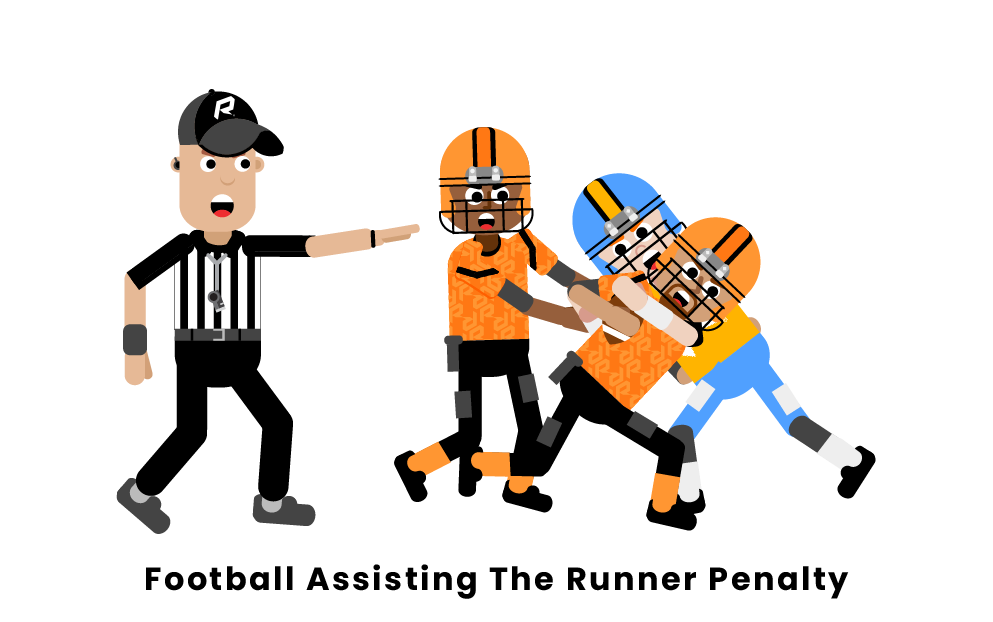 An assisting the runner penalty is when an offensive teammate illegally pulls or lifts and carries a runner with the ball to advance them. The penalty results in a 10-yard penalty in the NFL, or a 5 yard penalty in college and high school leagues.

The assisting the runner penalty, also known as helping or aiding the runner, is called when an offensive player pulls a runner carrying the ball in any direction, or when they physically lift and carry a runner in an attempt to advance them forward. A teammate cannot help the runner gain yardage that he would not have otherwise gained on his own.

In reality, assisting the runner is a rare and difficult penalty to call because the actions it describes are typical behaviors of how the game is played as a contact sport. An attempt to pull or carry the runner forward also has to successfully gain yardage, and it normally does not. Referees will usually only call this penalty when an instance of pulling or lifting the runner is obvious and plain to see. In messier and less clear situations, most notably pushing the pile, a referee will opt not to give this penalty.

As a penalty, it has been very rarely called in actual games. The last time it made an appearance in a playoff game was in 1991 between the Chiefs and the Bulls, when Chiefs center Tim Grunhard blatantly pulled runner Robb Thomas down the field as Thomas was being tackled.

Assisting the runner is defined somewhat differently across the leagues. For a long time, it universally prohibited pushing as well as pulling the runner, but in 2005 the NFL made it legal to push the runner to advance them forward. In 2013, the NCAA followed suit and excluded mentions of pushing, defining it instead as just pulling or lifting the runner. In high school leagues, pushing the runner to gain yardage it is still illegal.

The rule has stayed in place mainly to prevent the offensive team from gaining unfair yardage. To a lesser extent, it protects the runner from being tackled for a prolonged period of time, which can definitely put them at risk of excessive harm. 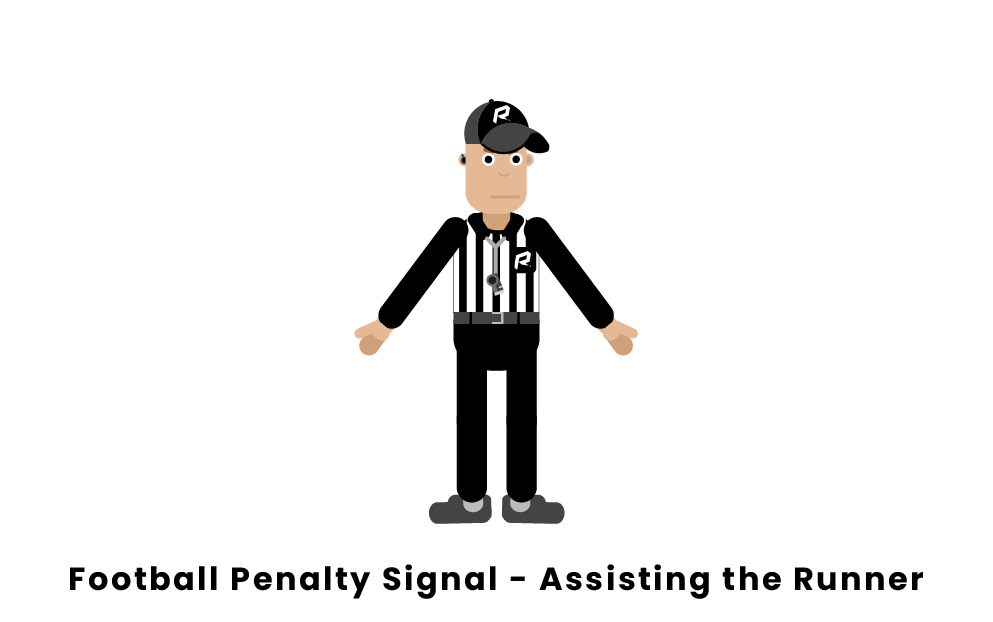 To signal an assisting the runner penalty, the referee pushes both palms forward by their waist with hands pointing down. The signal is also used for interlocking interference.

Similar Penalties To Assisting The Runner