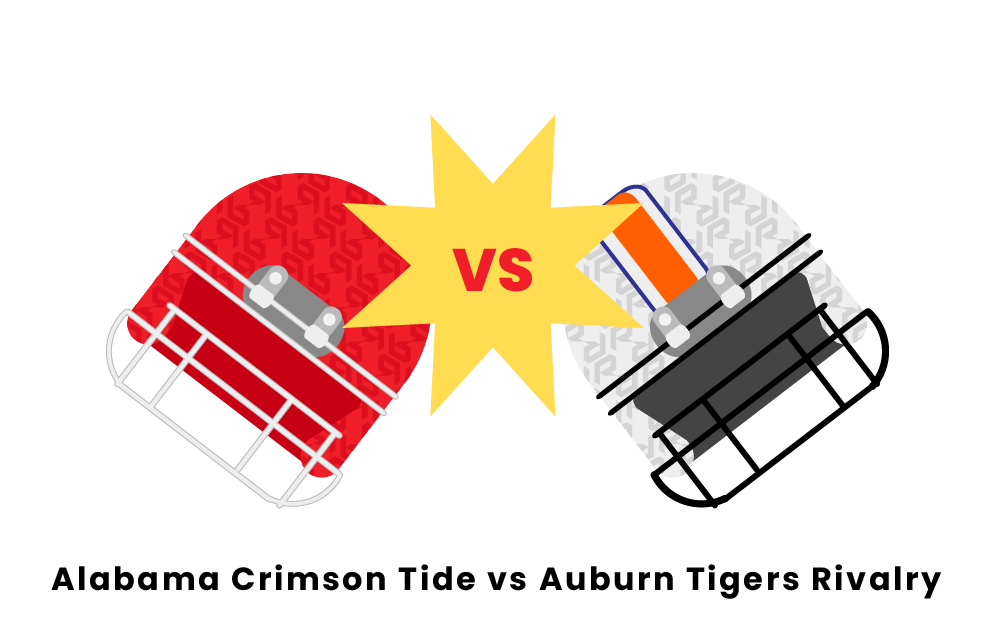 One rivalry stands out among the rest in college football’s storied past, an in-state rivalry spanning over 100 years, dating back to 1893. This long-standing rivalry features the Alabama Crimson Tide and the Auburn Tigers. These two teams have highly successful football programs, have sent countless players to the NFL, and to some, hold the greatest rivalry in all of college football.

This rivalry spans back to 1893, when the teams met each other for their first two matchups. The Auburn Tigers defeated the Alabama Crimson Tide 32-22 in their first game, and the teams met again later that year when Auburn prevailed 40-16. This matchup was played yearly until 1907, when the series was suspended due to ongoing escalating problems both on and off the field. It took legislation passed by Alabama in 1947 and the State Congress threatening to withhold funding for the schools for the rivalry to eventually continue. The series resumed in 1948, where Alabama won again, 55-0; this score remains the most significant margin of victory ever between the two teams.

Alabama and Auburn would continue to play yearly, with the matchup being one of the biggest annually, especially for those that call the state of Alabama home. The rivalry was so heated because both teams were historic powerhouses of the college football world. They have each won the SEC Championship multiple times and are two of the winningest programs in college football history. This historic success, combined with the two colleges residing merely 127 miles away, caused local fans of the area to be split between two iconic programs.

Games between the two programs are often extremely competitive, even when they were not finding success individually. The rivalry didn't get its official name of the "Iron Bowl" until 1964, when Tigers Coach Ralph Jordan was famously quoted saying, "We've got our bowl game. We have it every year. It's the Iron Bowl in Birmingham." This came after the coach was asked about missing out on an official bowl game and marked the importance of the rivalry between the two schools.

Why are Alabama and Auburn rivals?

The reason behind the Auburn and Alabama rivalry changes based on who you ask, due to the numerous factors that contribute to the rivalry’s intensity. For some, it's as simple as them residing in the same state; to others, it is due to the historical success of the respective programs and the competitive nature of their games.

When did the rivalry between Alabama and Auburn start?

The rivalry unofficially began on the date of the team’s first meeting back in 1893. Still, they did not play each other routinely until 1948 due to political and legal concerns. After his famous quote, the Iron Bowl rivalry was officially named in 1964 by then Tigers coach Ralph Jordan. To some, that marks the official beginning of the rivalry being recognized on a national level between the two teams.

What is the name of the annual football game played between Alabama and Auburn?

The annual game between the Auburn Tigers and the Alabama Crimson Tide is known as the Iron Bowl. This was the name selected mainly because the game was initially played at Legion Field in Birmingham, Alabama, and was meant to honor the city's integral role in the nation's steel industry. The game is now held at alternating home fields between the two teams. Auburn hosts the Iron Bowl during even years, and Alabama hosts during odd years.