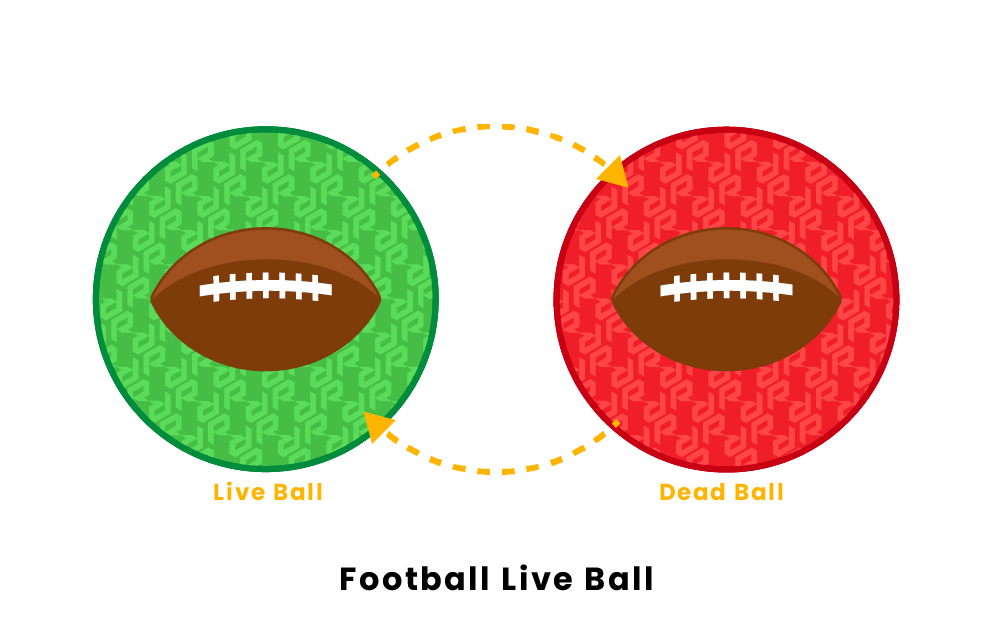 When is the ball live?

The ball is live when the down begins. A live ball is any ball that is being played and remains in bounds. The ball is live for the entirety of a play until it goes out of bounds or until an official stops the play. After every touchdown, the ball is dead until the game restarts.

Scrimmage downs always begin with a snap, also known as a hike. Before the play clock goes to 0:00, the offense must snap the ball to begin the down. The ball is live when the snap is made.

Kicking the ball is another way to make the ball live. Once the kicker kicks the ball on a free kick, the ball is considered live.

When is the ball dead?

A dead ball in football is when the down officially ends. Scrimmage downs end for the following reasons:

When the ball is dead, the play has stopped and no one will be chasing after the ball to score.