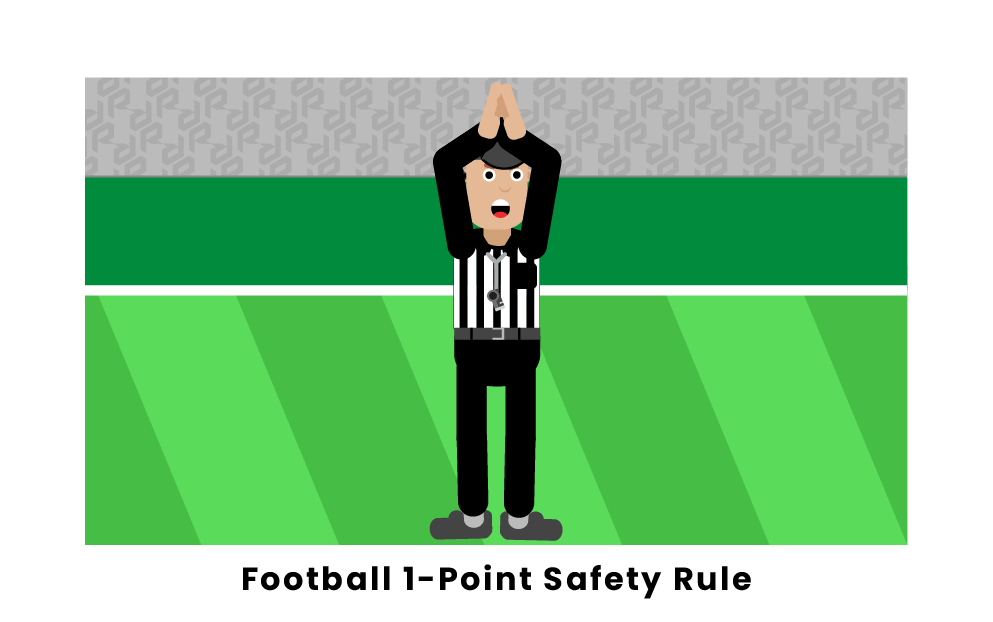 What is One-Point Safety In Football?

A safety in football is defined as anytime a team commits a penalty in their own end zone, or when the ball is declared dead after it has gone behind the offensive team's goal line. Normally, a safety is worth two points in standard play. However, there is an incredibly rare technicality that allows for a one-point safety. The number of errors that need to occur in succession require an unbelievable amount of luck, to an extent where it is almost impossible for this event to occur in natural play.

How Do You Get A One-Point Safety?

In order to score a one-point safety, first, the offensive team has to fumble the ball or have a kick blocked on an extra point. After this event, the kicking team must recover the ball all the way back in their own end zone and be tackled for the opposing team to record a one-point safety. Since the kicking team’s end zone is about 70 yards behind them, it is extremely rare for them to be anywhere near their own end zone, where a safety can be recorded.

Here is a breakdown of the steps:

Has It Been Done?

Is a One-Point Safety Possible in Football?

On a purely technical level, the one-point safety is entirely possible. However, because of the number of errors that need to happen in rapid succession, it is incredibly implausible. The one-point safety has never been recorded outside of two college-level football games, and only almost occurred in one NFL game in 2018.