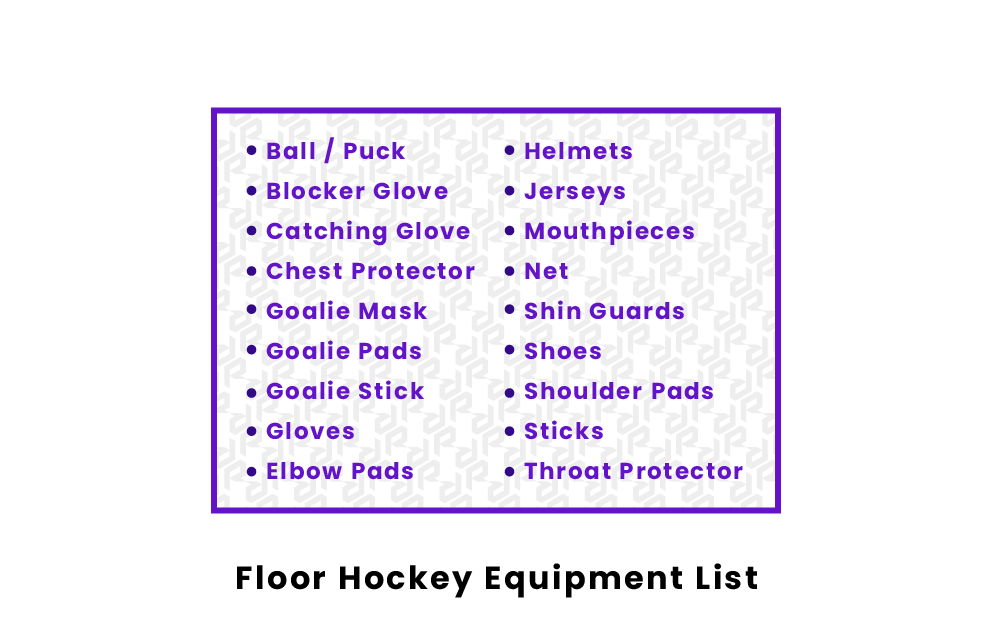 Floor hockey is a derivative of ice and roller hockey. In floor hockey, players don't use skates or roller blades. They use general sneakers and move around by running. The playing surface is typically a gym or court, such as a basketball court. The game is very similar to that of ice and roller hockey, but due to less padded equipment, the game is less rough with limited checking. Floor hockey is still a contact sport. There's multiple types of equipment that players wear in order to protect themselves from the ball or puck and sticks. 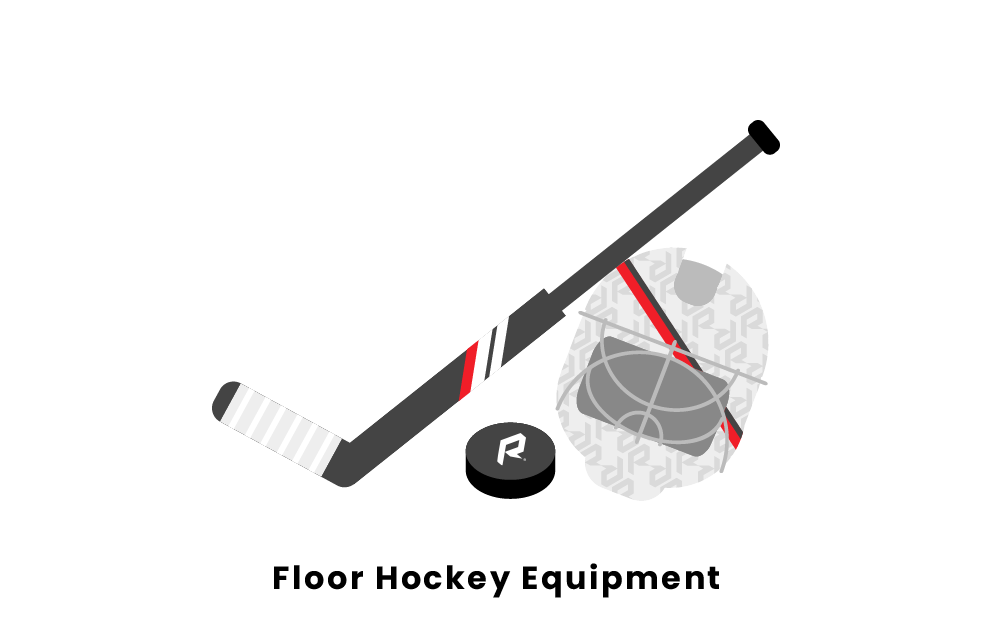 Floor hockey is typically played with an orange, plastic ball. The ball is one of the main pieces of equipment needed to play floor hockey along with nets. The objective of the game is to get the ball into the opposing team's net. Some floor hockey leagues also use pucks, but sometimes it's difficult for them to glide across a non-icy floor.

Blocker gloves are specifically for goalies. These gloves go in the same hand that the goalie holds his stick and are typically longer and heavier than other player's gloves. This glove has two purposes: protecting the goalie's hand and blocking shots from the opponent.

The goalkeeper's mask protects the goalie from head injuries. It also allows the goalie to position themselves to make a save, usually by kneeling, without the fear of the ball or puck striking them in the face. Goalie masks originally were placed directly on the face with straps keeping it in place. Masks have evolved and now feature a cage and helmet, much like a football helmet. The goalie mask has also become a bit of a fashion statement as many like to decorate it with decals or other artwork.

Goalie pads go on the goalie's legs and protect the player's lower body. These pads allow a goalie to slide easily across the floor if the player is on his knees. Floor hockey goalie pads differ from ice hockey pads in that they are much lighter.

Gloves are also worn by floor players. These gloves are less bulky than the goalie gloves and do not have a blocker or catching aspect. The purpose is to protect the hands of the players rather than to block or stop the ball/puck.

Elbow pads protect the player's elbows and are strapped to the arm. These pads protect the elbow area from a player falling onto the floor or the ball/puck/sticks hitting them. Many different colors, sizes and weights of elbow pads can be purchased depending on the preferences of the player.

The helmet is a crucial piece of equipment for floor hockey players. Like the goalie mask, other players can wear a helmet with a cage covering the face. Players could also wear helmets without a cage in order to increase visibility, but that leaves a larger chance of a ball/puck or stick striking the player in the unprotected face area. A hard plastic half shield or full shield can also be worn to protect the face. A half shield visor protects the eyes and upper part of the face and provides greater visibility but worse protection. A full shield visor protects the entire face, but fogging issues could decrease visibility.

While it might seem unnecessary to wear a mouthpiece with a helmet and mask, it's still important. Mouthpieces are plastic materials that cover the teeth and protect the mouth and jaw. Contact sports such as hockey pose the greatest risk for injury in this area.

A floor hockey team scores a goal by beating the goalie and shooting the ball or puck into the net. Nets are made with a variety of materials. The posts can be lightweight, heavyweight, collapsable, metal and much more. The netting also varies by weight. The goal is two feet by six feet and is surrounded by the goalie box which is usually four feet by six feet.

Shin guards are an optional piece of equipment that protects the lower leg of the player. There are many different variations of shin guards that allow for more mobility. It's at the discretion of the player whether he/she prioritizes comfort and mobility or protection.

The footwear used in floor hockey is regular athletic shoes or sneakers. The footwear is what makes the sport floor hockey, as rollerblades and skates are worn in the other hockey types: rolley hockey and ice hockey. The choice on which sneakers to wear depends on what the player prefers.

The objective of the game is scoring more points than the opposing team. The stick is used to shoot the ball/puck into the net. Sticks are used to perform slap shots and wrist shots. Sticks can be plastic, wood and composite. Some things to consider when purchasing a stick are price, flexibility, stiffness, weight, thickness of the shaft and curve. These sticks are much smaller than the goalie's stick.

While a throat protector is even more vital in ice hockey due to players wearing sharp skates, it is still important to have in floor hockey. The throat protector or neck guard is worn underneath the goalie's helmet. It stops the ball or puck from hitting the goalie directly in the throat or neck.