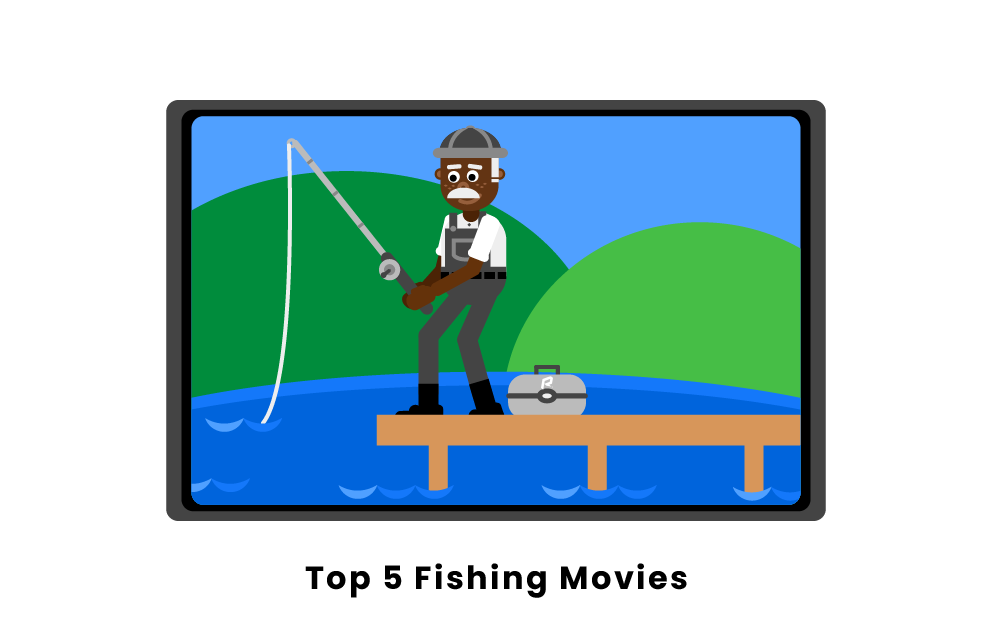 What are the most popular fishing movies?

1. A River Runs Through It

A River Runs Through It is a popular drama film amongst fishing lovers worldwide. It was directed by Robert Redford and based on the 1976 novel A River Runs Through It by Norman Maclean. The movie stars Craig Sheffer, Brad Pitt, Brenda Blethyn, and more. The film is based in Missoula, Montana and follows the life of two brothers, Norman and Paul, the sons of a Presbeteryan Minister named John. The two brothers find a love for fly fishing from their father, and the story follows them throughout their lifetime where they experience numerous moral conflicts, love stories, and family adventures. The movie displays a love for fishing and shows how the activity can truly bond a family together. It wraps up with a bittersweet ending, leaving viewers attached to the emotionally powerful story. A River Runs Through It is recognized as one of the best fishing movies of all time, was nominated for two Oscars, and won an Academy Award for Best Cinematography in 1993.

The Perfect Storm is a thrilling drama that details a fishing excursion turned disaster. It was produced by Wolfgang Peterson and is based on the 1997 book The Perfect Storm by Subastian Junger. The film features a star studded cast including George CLoony, Mark Wahlberg, and John Hawkes. It tells of a commercial fishing vessel that becomes lost at sea as a result of being caught in the perfect storm of 1991. In the movie, the crew of the Andrea Gail is convinced to make a risky late-season trip to make up for lost profits earlier in the season. The ship travels far out to sea and faces serious problems including a tropical storm causing 40 foot waves, failed rescues, and ship destruction.

With all the intense action and detail included in the movie, viewers are sure to stay focused on the screen throughout. The film grossed an impressive $328 million dollars upon its release and remains one of the most intense fishing movies to this day.

Jaws is one of the most thrilling, well-known, and iconic movies ever made. It was directed by Steven Speilberg and based on Peter Benchley’s 1974 novel Jaws. The movie stars Roy Schneider, Robert Shaw, Richard Dreyfuss, and Lorraine Grey. Jaws tells the story of a terrifying man-eating great white shark terrorizing beachgoers at a summer resort, resulting in the police chief calling for the monster to be hunted down. The film follows the mystery of pursuing the giant great white with numerous mishaps happening along the way, costing characters their lives.

This movie was so popular that it prompted 3 sequels to be made in the following years. It held the record for the highest grossing film until the release of Star Wars in 1997. Jaws was one of the most thrilling movies of its time and was the first major motion picture to be based on the ocean. Jaws was selected for preservation in the United States National Film Registry in 2001, instilling its historical importance.

The Old Man and the Sea is a classic adventure film and one of the first fishing movies ever made. It was directed by John Sturges and is based on the 1952 novel, The Old Man and the Sea, by Ernest Hemmingway. The movie stars Spencer Tracy. In The Old Man and the Sea, an old man is faced with his greatest challenge to find his worth as a man and as a fisherman. After going months without a catch, he finally hooks a massive marlin, but the fish puts up a fight for three days and nights, truly putting the old man to the test.

The film earned Dimitri Tiomkin an Academy Award for Best Original Score and was also nominated for Best Color Cinematography and Best Actor.

Ondine provides an emotional, mythical, and modern twist to the typical fishing movie. It was directed and written by Neil Jordan and stars Colin Farrell and Alicja Bachleda. In Ondine, the main character Circus is a fisherman who has the most curious encounter while at sea. One day, he catches a shy woman named Ondine in his net, who appears to be a “selkie” or sea person. The story continues as Ondine’s powers seem to make Circus’ wishes come true as their love story evolves. The two face intense conflict but eventually prevail, ending with a romantic conclusion of Circus and Ondine getting married. While Ondine is not your usual fishering movie, it tells a captivating and touching story that led to great reviews from critics and fans alike.