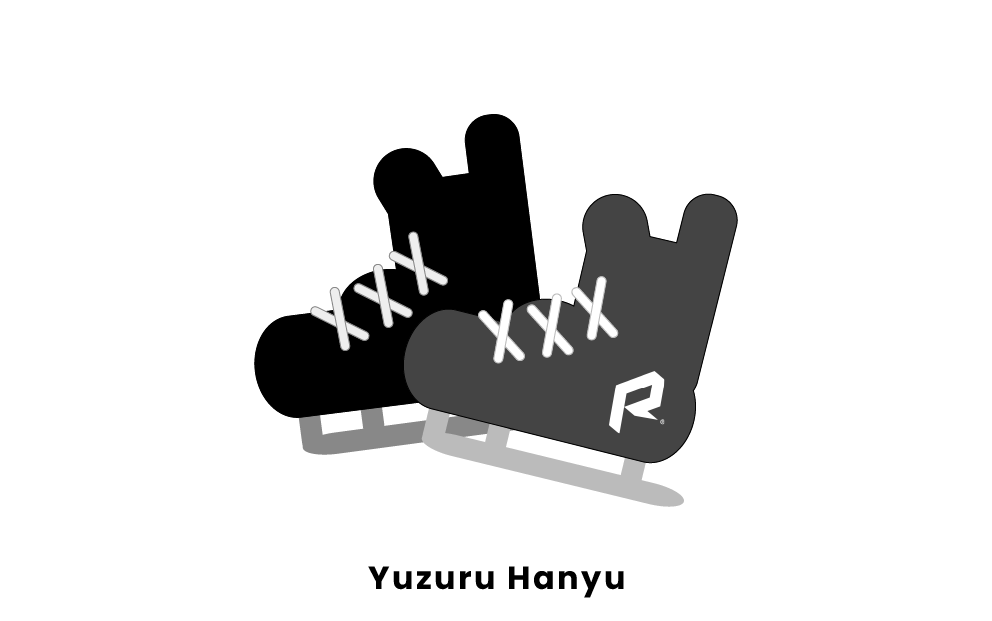 Japanese figure skater Yuzuru Hanyu is widely renowned as one of the greatest athletes to ever grace the ice. He is a two-time Olympic, two-time World Champion, and frequent record-breaker. In 2014, he became the first Japanese person and first Asian man to win an Olympic gold medal for figure skating.

Hanyu began skating at the age of four and retired in 2022 from competition after a historic career at only twenty seven. His impressive list of accolades and his unwavering commitment to expanding the artistry and athleticism of the sport make Japan’s “Ice Prince” beloved worldwide by fans. They also undoubtedly make him one of figure skating’s greatest athletes of all time.

Yuzuru Hanyu’s current net worth is estimated to be around $2 million. The vast majority of the athlete’s wealth is from his long list of wins, including two Olympic gold medals. He has also participated in Ice Shows and announced in early 2022 that he would be producing and directing his own show, entitled “Prologue.” In addition, Hanyu has partnerships with major major brands, including cosmetics company Kose, airline ANA, and Citizen Watches.

Yuzuru Hanyu began skating at four years old. He cites Russian skater Yevgeny Plushchenko and American skater Johnny Weir as inspirations during his early years. He had an impressive run at the junior level, earning gold in 2009 at the Junior Grand Prix final in Tokyo and in 2010 at the Junior World Championships. As he progressed to the senior level in 2011, Hanyu’s career showed no sign of slowing down. He even earned silver in the Grand Prix final in 2013 and secured gold the following year.

Hanyu truly made his mark in the 2014 Winter Olympics in Sochi, winning the gold medal with a record-breaking 101.45 points in the short program at just 19 years old. At that same moment, he also became the first Asian man to win gold in singles figure skating. He captured gold at the World Championships that same year. He dominated the Grand Prix for a third consecutive year in 2015 and earned silver at the world championships that year and the following. After recovering from an ankle injury in 2018, Hanyu still went on to win his second consecutive Olympic gold, becoming the first man to do so since Dick Button in 1952.

In the 2022 Beijing Olympics, Hanyu went for yet another record, attempting to land the first quadruple axel jump in competition-skating history. He was unsuccessful, and the risk cost him a spot at the podium. Nonetheless, Hanyu’s spirit was commended worldwide, and he is commonly celebrated as the benchmark for men’s figure skating. Even more than his impressive list of titles, the athlete’s willingness to test boundaries and constantly expand his skills is the true signature of Yuzuru Hanyu’s remarkable career.

Yuzuru Hanyu has broken an astounding 19 scoring records and is recognized as one of the greatest male figure skaters in history. As of 2022, he is the only male singles skater in history credited with the notorious “Super Slam,” meaning he has won every major figure skating competition at both the junior and senior levels. During his career, Hanyu won gold at the World Junior Figure Skating, ISU Junior Grand Prix, the Winter Olympics, World Figure Skating, ISU Grand Prix, and ISU Four Continents. He is the first Japanese and first Asian man to win an Olympic gold medal for figure skating and succeeded in winning two consecutively. Aside from his long list of athletic accomplishments, he is also the youngest Japanese person to be awarded the Prime Minister’s People’s Honour Award.

Yuzuru Hanyu was born in Izumi Ku, Sendai, Japan on December 7th, 1994. His parents are Hitedoshi Hanyu and Yumi Hanyu, and he has an older sister Saya Hanyu, whose figure-skating-footsteps he followed in. While his skating career has been impressive, Hanyu has faced personal adversity even at the height of his success. In 2011, a 9.0 Earthquake and subsequent tsunami struck his hometown of Sendai, destroying Hanyu’s home and skating rink. He recalls the trauma as a moment that entirely transformed his values, and he later donated his Olympic winnings to related disaster relief causes. He continued to be a philanthropist throughout his career, giving back at any opportunity to the village that raised him.

Despite his near popstar-level celebrity, Hanyu keeps most of his personal life quite private, only joining social media in September of 2022 to begin promoting his new self-produced and directed ice show “Prologue.” He remains unmarried and publicly unattached, and it is speculated that his persistent commitment to his career has left little time for romantic relationships.

When was Yuzuru Hanyu Injured?

Yuzuru Hanyu suffered a leg injury just a day before competing in the short program in Beijing’s 2022 Olympics. He also sprained his ankle while practicing the elusive quadruple axel for the free skate. Doctors recommended that he pull out of the competition, but Hanyu was determined to compete and attempt the quad.

Why did Yuzuru Hanyu retire?

Yuzuru Hanyu announced his retirement on July 19th, 2022. He suffered an ankle injury prior to competing in the 2022 Beijing Olympics and cited this as the catalyst for his transition from the world of professional figure skating. Despite his Olympic and competitive career coming to an end, the skater has no intention of leaving the ice entirely. He instead hopes to expand and innovate the sport in new arenas.

Yuzuru Hanyu dedicated a great deal of his later career to mastering the quadruple axel. Even prioritizing an attempt over a third consecutive Olympic gold medal, Hanyu was never able to land it cleanly in competition. His first attempt was at the Japanese Championships in 2021. He was slightly under-rotated and landed the jump on two feet instead of one, leading judges to downgrade the jump to a triple axel. His second attempt was at the 2022 Beijing Olympics, and though this time the jump was scored as a quadruple axel, he fell out of it. Though the risk didn’t quite pay off, Hanyu’s attempt was historic.