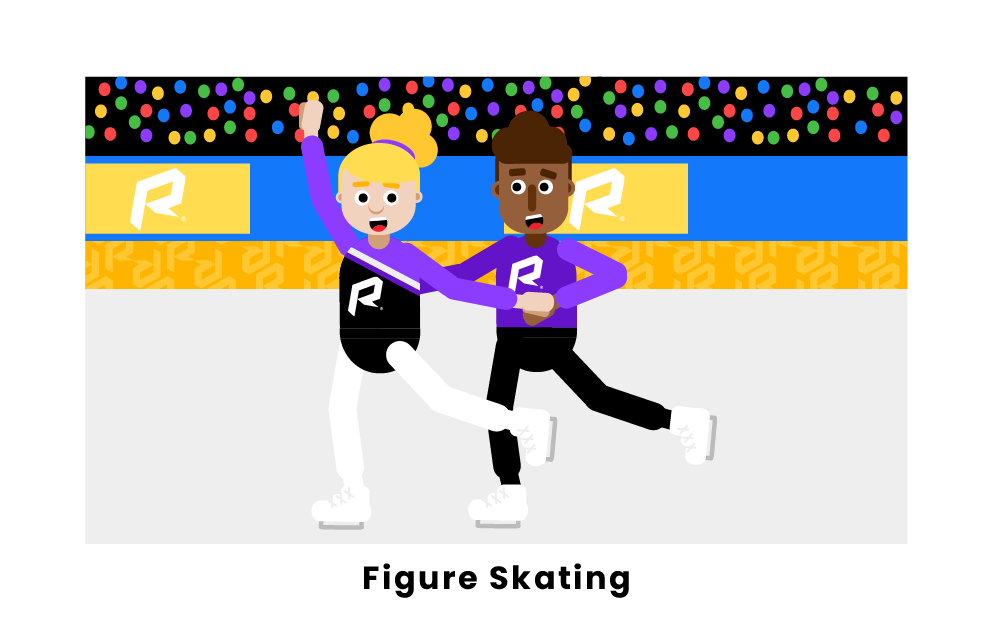 Figure skating is a winter sport in which an athlete, or a double, skates over the ice while performing, jumps, spins, and moves gracefully. Figure skating is an incredibly plastic and impressive sport, competitions are beautiful and athletes have performances that inspire and make jaws drop. Inside the spot, there are different modalities like freestyle, synchronized team, dance skating, and more. 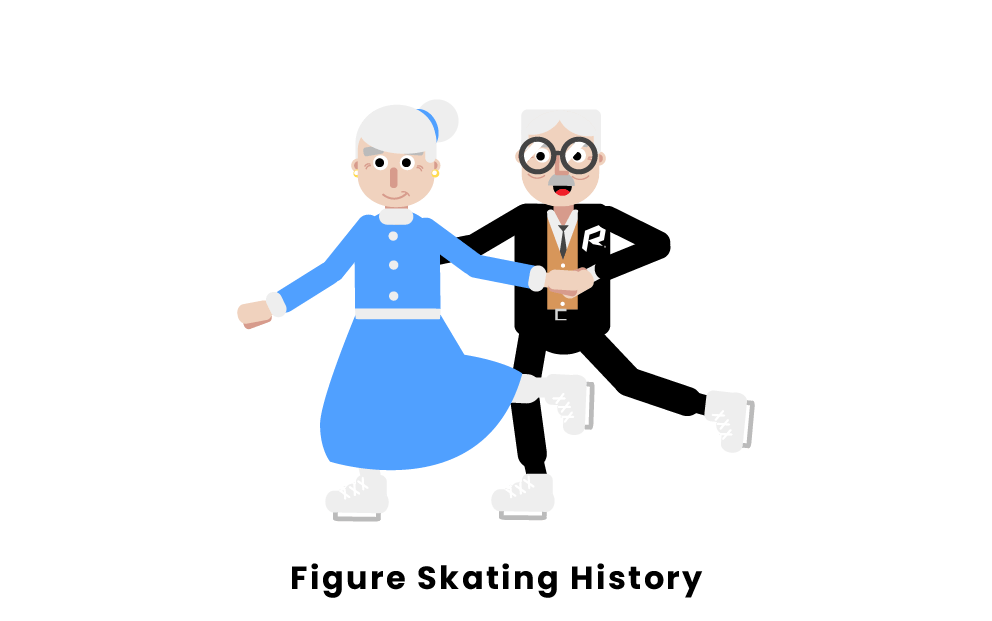 Ice skating began as a means of transportation in colder parts of the world. It slowly spread, and evolved into something people would for pleasure, with the creation of artificial ice rinks after the 13th century. However, it would still take a long time for figure skating to become similar to what we know today. In 1850, steel blades were introduced, which made it possible for fast and complicated moves executed on the ice. About 10 years later, ballet and dance movements were introduced to the sport. With both those incorporations, figure skating evolved into what it is today. 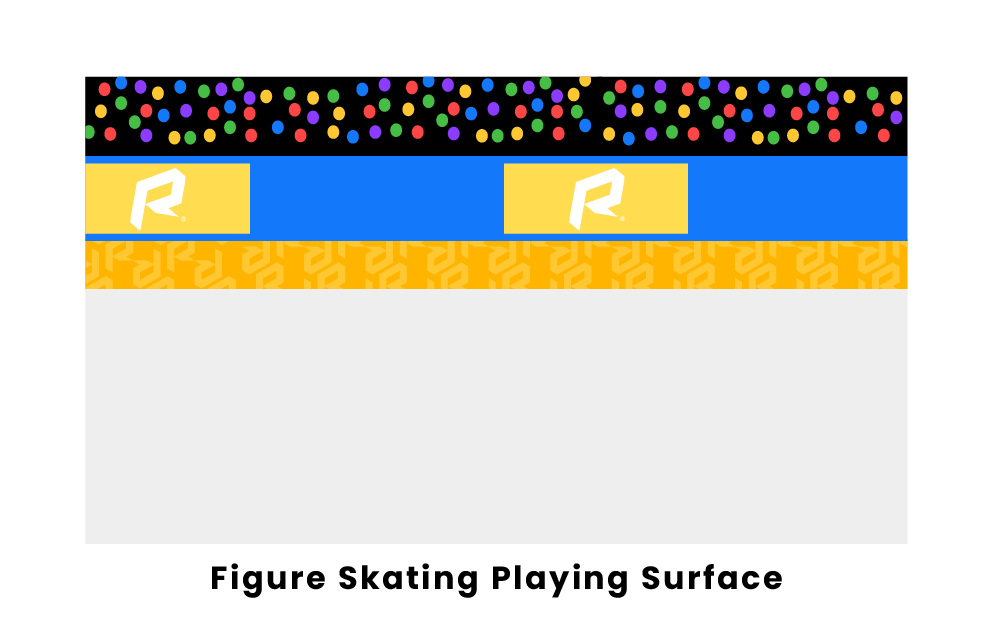 Figure skating is practiced in an ice rink. For high level competitions, the ice is very well treated and is maintenance very thought through, as athletes need to have the perfect conditions to perform at their best. For figure skating, the ice tends to be softer than others for other sports that involve ice skating. That is because when performing jumps and spins, figure skaters must be able to dig their skates into the ice. As for the size, the dimensions of the rink used in competitions can change, nonetheless they are recommended to be 60 meters long and 30 meters wide. 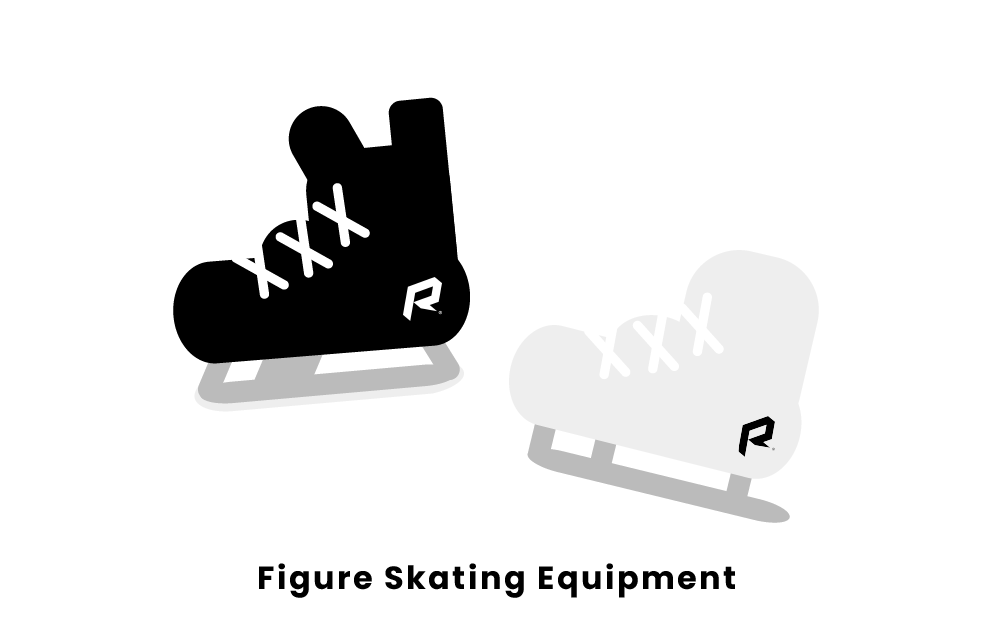 Equipment is really important in figure skating. The jumps, spins, and other moves that make the sport exciting cannot be made without the proper skates. In addition, figure skaters wear eye-catching, glittery and elaborate outfits, like dresses or leotards which contribute to the sport's beauty and grace. However, they are not required in practice, and skaters often wear other athletic wear to practice. There are some other pieces of gear that are important to figure skating, check out a list below:

In figure skating, athletes present their programs in front of judges who give out points according to many performance elements. The places and podium finishes are based on those points. Figure skating events are divided into two stages, the short program which works like a preliminary, and the free skate, which are basically the finals. The short program is shorter than the free skate section. In free skate, athletes have more freedom to showcase their creativity. 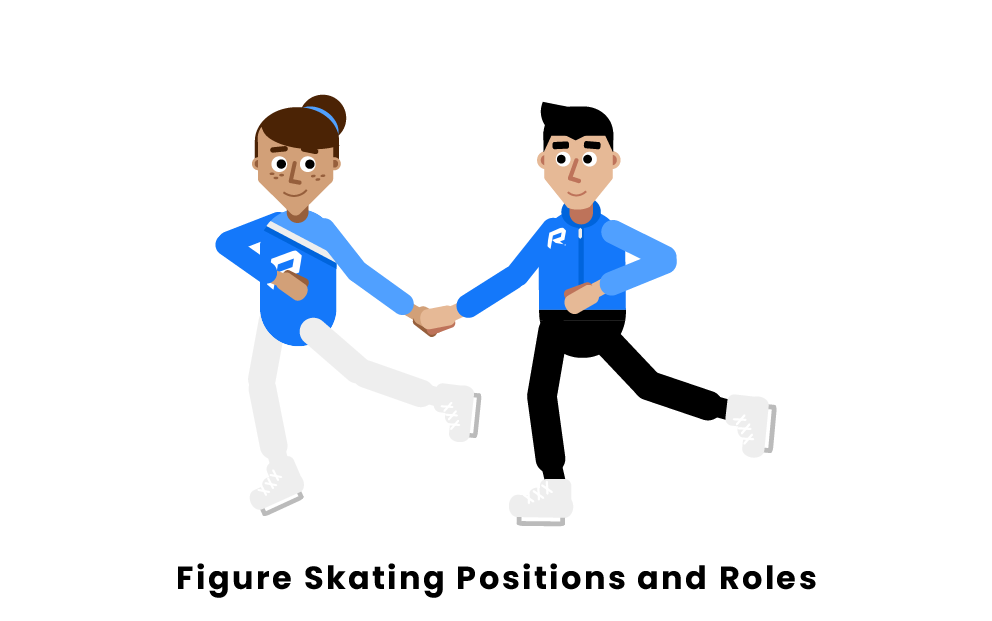 Figure skating has both pair events and team events. It is mandatory that pairs are composed by one male athlete and one female athlete, who skate together, doing synchronized moves that complement each other. As for the team event, it is the sum of points given to all the athletes who compete for the same country. While some countries may have super stars who win individual medals, depth is the most important thing to team figure skating success. 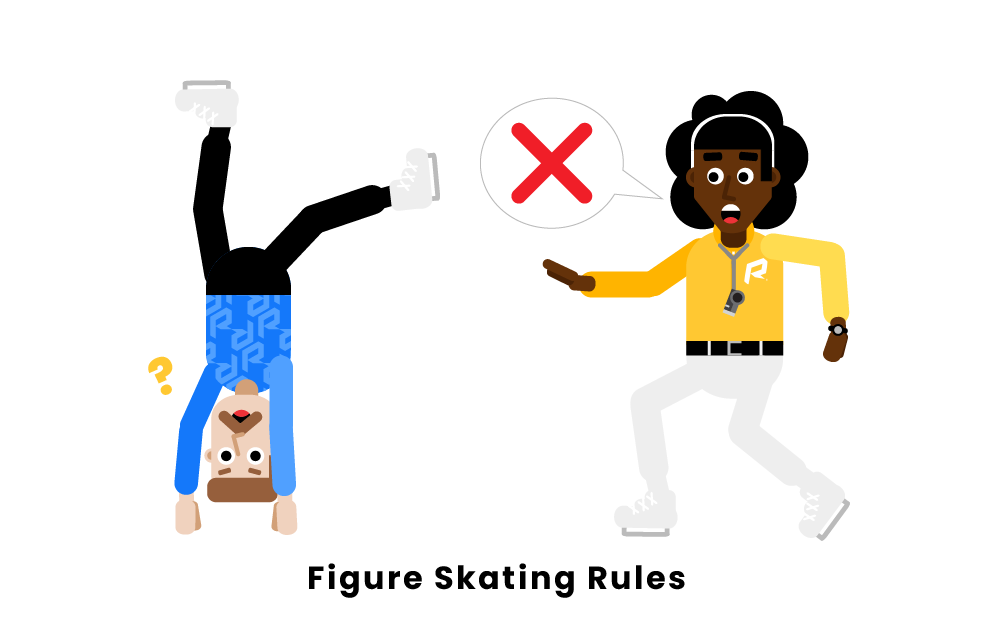 The basics of figure skating are quite simple and viewers and fans can easily understand the dynamics of the sport. Nonetheless, there is still some obscurity regarding scoring, music, equipment, and other minor figure skating rules. Take a look at some below:

Referees and officials play a major role in figure skating. There is no clear way of scoring in figure skating like there is in basketball or soccer; the points are determined directly by the referee's judgement of the athlete's performance. That makes scoring and referee's decision quite subjective, and it is not unusual for athletes to contest scoring grades. In big skating competitions there is a judging panel made up of 9 judges. They must evaluate the difficulty and execution of moves done by figure skaters. Of the 9 scores given, the highest and the lowest are discarded, and 7 count towards the final grade. 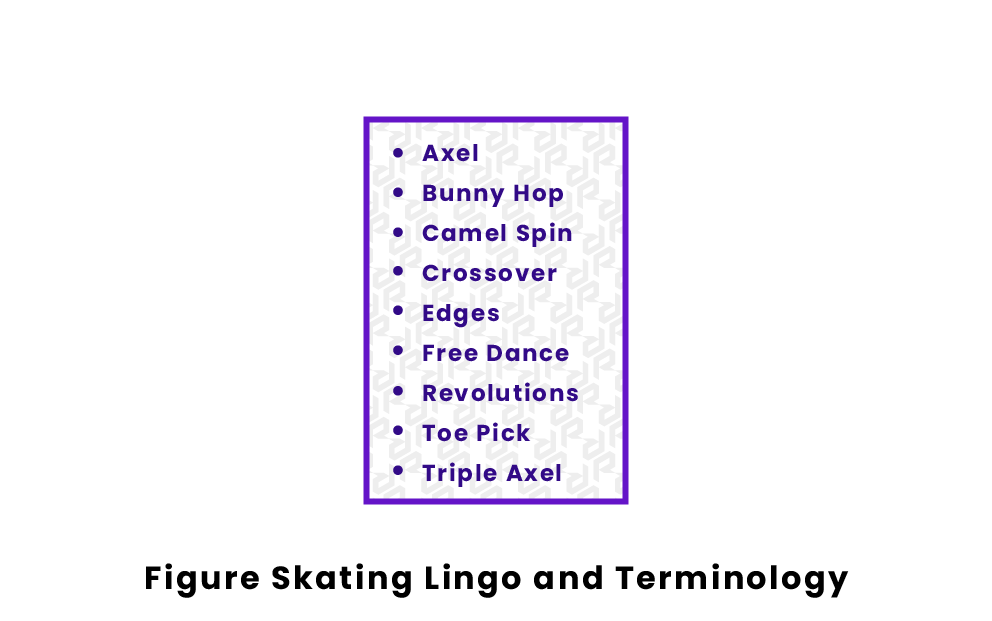 Figure terms and specific lingo usually refer to moves done by the sport's athletes. If you have heard about axels and triple axels and have no idea what that means, take a look at the list with some of the figure skating terms: 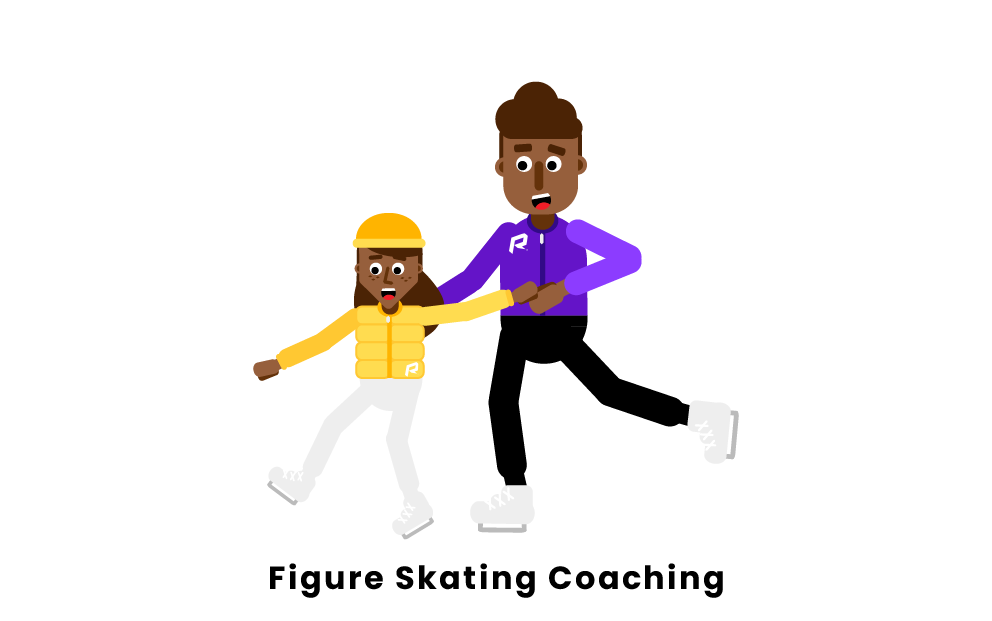 Figure skating coaches have a really close relationship with their athletes, they work together on a very personal level. Figure skating coaches serve as instructors, role models, and support systems, helping them to cope with the pressure that is many times present in figure skating. In addition, coaches also help create the routine, guiding the skater's creativity and talent to have the best routine possible. The involvement of coaches in their athletes' routines can change, depending on their style and relationship with athletes.

Figure skating requires a lot of skill and advanced techniques. It is not simple nor easy to become good figure skating, it requires lots of practice and perfecting of skills. While at a basic level, good skills to learn are doing simple moves like turning, moving forward and backwards, and stopping, at higher levels skaters are required to know complicated jumps and spins. Doing those require flexibility, impulse, balance, and patience, because it is not easy to master them. There are six main jumps in figure skating, they are: 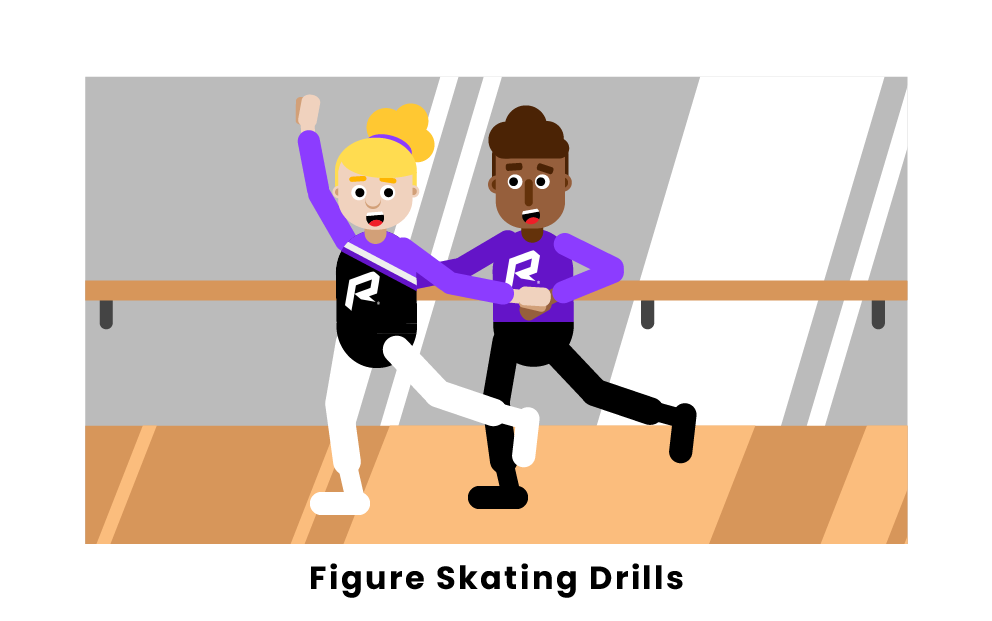 There are figure skating drills to be done both on the ice and off the ice. That is good because athletes can still practice and get better if not able to get enough rink-time. Figure skating drills work on flexibility, balance, strength, agility, and artistic skills. Naturally, drills vary depending on the skater level, while a beginner might focus on mastering basic skating skills, elite skaters will do complicated spin drills and jumps in practice.

Figure skating's Olympic history starts in 1908, when the sport was featured in the 1908 Summer Olympics in London. After that, it was again present in the Summer Games in 1920. With the first Winter Olympic Games being held in 1924, figure skating fit better as a winter sport, and was added to the Winter Olympics program, and has been an event in them ever since. Figure skating is considered one of the most popular Winter Olympic sports, with very high television rates and one of the top viewerships among all sports. 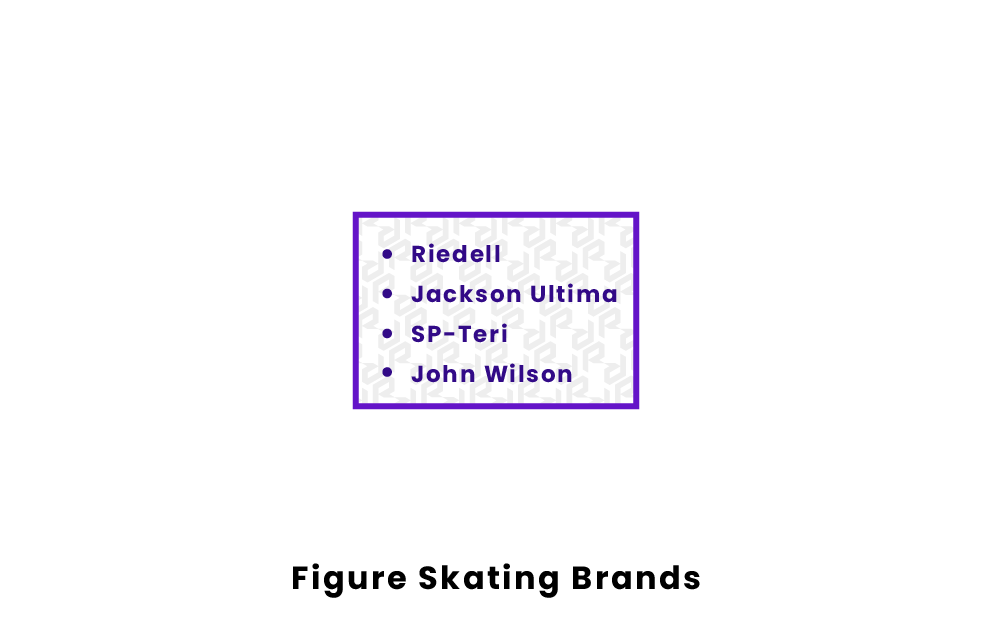 The skates are the main piece of equipment in figure skating. Skaters have to be very comfortable in their skates, and thus they can be very particular about them. Therefore, figure skating brands are mainly judged based on their boots and blades. Most of them also sell equipment to go along, such as laces, soakers and guards. See of the most popular figure skating brands in the list below: 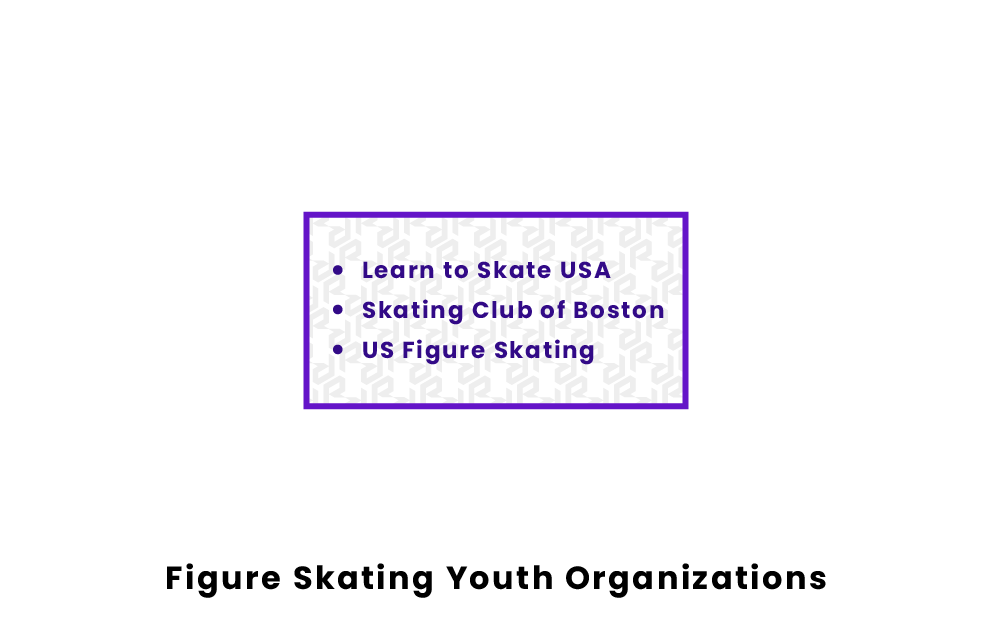 Figure skating is a wildly popular winter sport among kids and teens. While many love to skate for fun in a frozen lake during the winter, taking that activity a little more competitively in practicing figure skating is also not a bad idea. Youth programs focused on skating are more common in colder countries and cities, as these places have more tradition in winter sports. Still, there are lots of programs and local rinks that have classes and incentives for the youth to take part in the sport. Check some of them below:

A good coach is a central figure in a figure skater's career. Being trained by the right coach is crucial to be successful in the sport. Some coaches have made their names in history as champion-makers and as some of the best in the business. Below there is a list with some of the best coaches in figure skating: 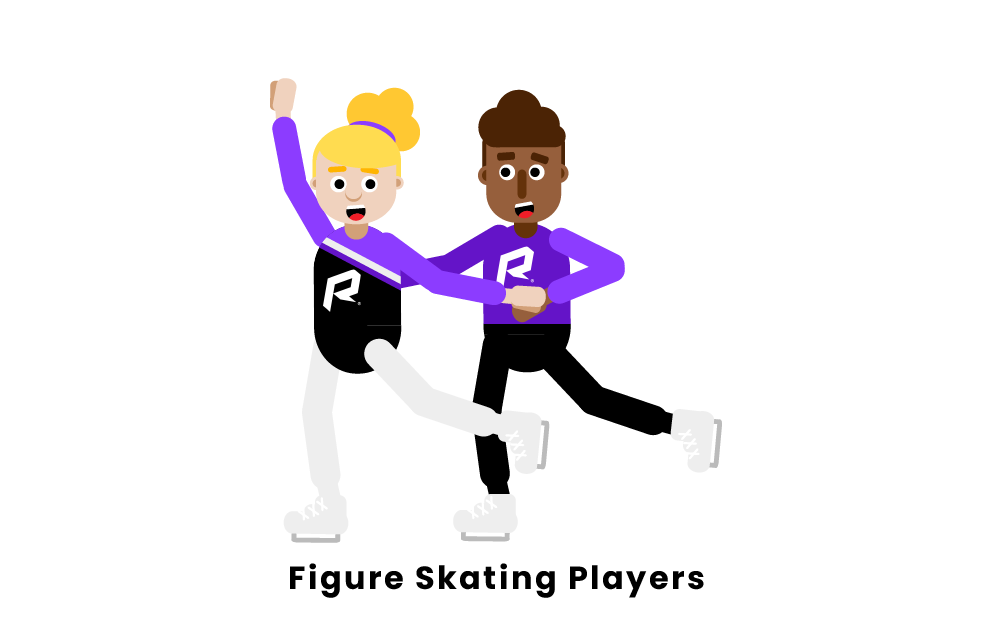 Figure skaters are definitely impressive athletes. Some start very early and find international success very early. Some have won many titles, while others have made a mark in the sport with inspiring performances that marked people's hearts and minds. Here there is a list of the best figure skaters ever, who are as impressive as the sport they practice:

There are quite a few different events inside the sport of figure skating. Skaters tend to focus on only one of them, and compete on that, in addition to performing in the team event, which includes all events summed. These are the events in figure skating:

The figure skating season has several competitions, from which the results determine a world ranking. The most prestigious figure skating event taken place every year is the World Championships, while the Olympics, which occur every four years, are also highly anticipated by fans, coaches and athletes. In a season there is also the figure skating Grand Prix, which consists of 6 different competitions that happen in different parts of the world throughout the year. In addition to that, the best skaters might also participate in Ice Shows, which despite not being a competition, are beautiful and entertaining. 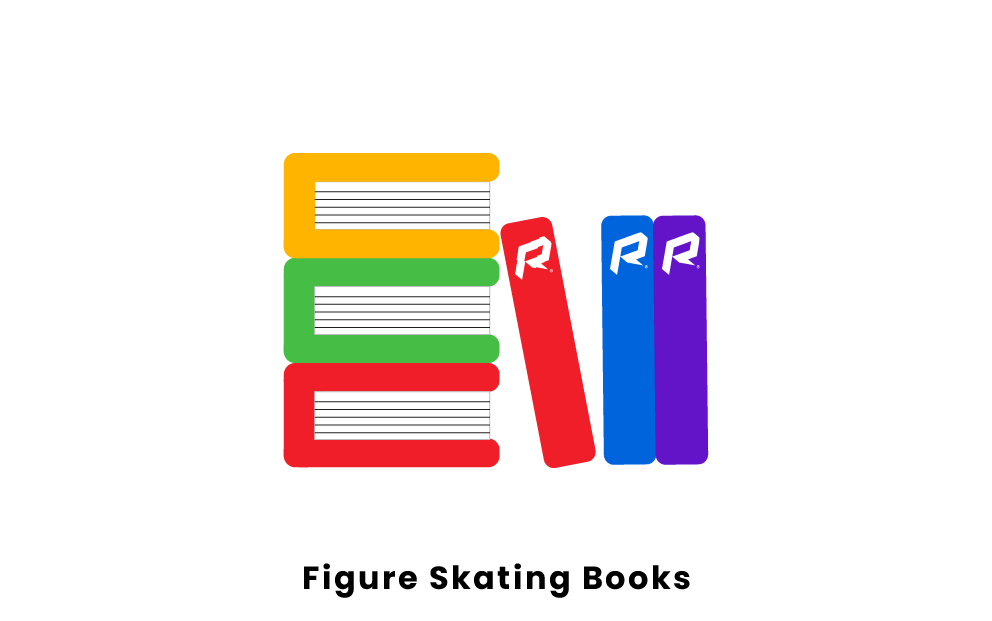 With a rich history, charismatic athletes, and a long lasting tradition, there is a lot to be said about figure skating. There are many interesting reads related to the sport. Check out a few of them below: 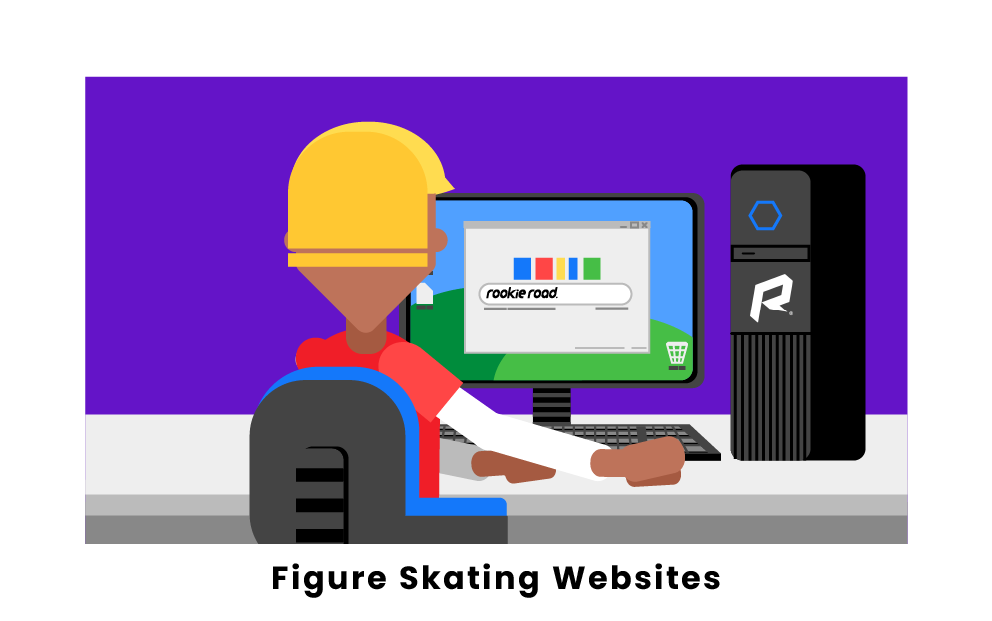 Figure skating is a popular sport with lots of practicants and fans around the world. There is a lot to be talked about the sport, and that leads to a lot of figure skating related content being produced. There are quite a few good figure skating websites, as you can see in the list:

Figure skating is a winter sport in which an athlete, or a double, skates over the ice while performing, jumps, spins, and moves gracefully. There are a few different kinds of figure skating styles, ranging from freestyle performances to couples ice dancing. So although skaters are not competing for goals like other competitive sports, they are competing for points from the judges. Medals are awarded at the end of competitions, typically to the first, second and third place recipients.

What is the best age to begin figure skating?

Although it is never too late to learn how to skate, the best age to start learning the sport is between 4 and 6 years old.

Who is the most famous figure skater?

There are plenty of famous figure skaters that are famous and well known. Nonetheless, two skaters that are quite famous are Tonya Harding and Nancy Kerrigan, because of an incident that happened between in 1994. There was a movie and a documentary made about it.

How much does figure skating cost?

The cost of practicing the sport varies depending on the level. For beginners, costs are basically group lessons which are usually between $10 and $20, and skate rentals. As the athlete gets more serious at the sport, things such as blade sharpening, traveling, and outfits will make the overall cost increase.

The name comes because until recently, athletes had to do mandatory forms called figures in their presentations. The rule was dropped but the name stuck.

Pages Related to What is Figure Skating?