What Is A Quadruple Axel In Figure Skating? 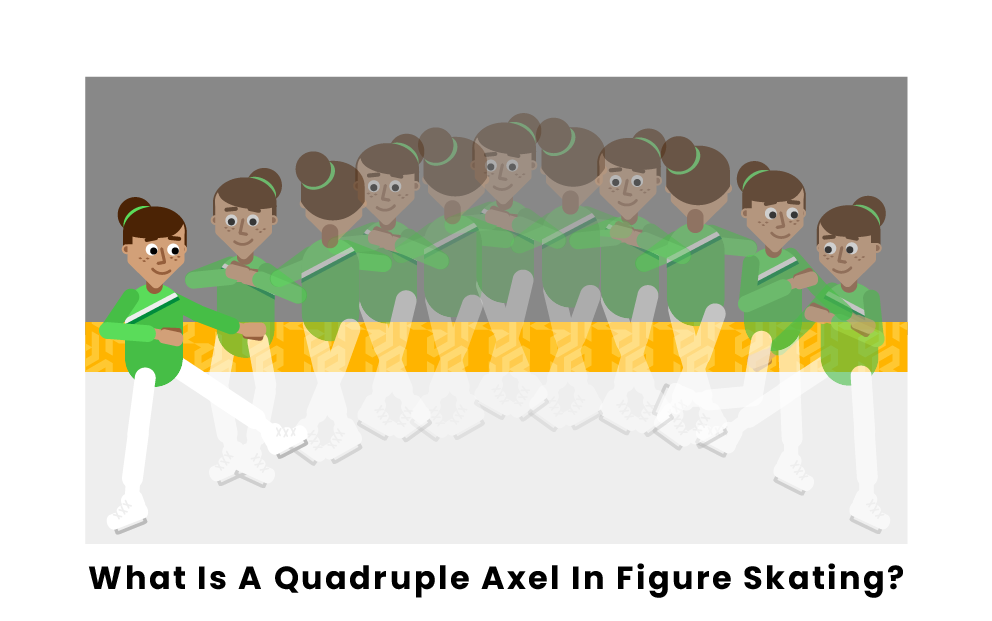 What is a Quadruple Axel?

The quadruple axel is the most technically challenging jump in all of figure skating. Any axel jump, even a single with its standard 1.5 rotations, is difficult. A quadruple axel, stretches athletes to the limit and even tests the laws of physics. It’s categorized as an “edge jump,” and requires the skater to take off from the outside edge of one skate and make 4.5 mid-air rotations before landing on the outside edge of their other skate. It is very recognizable as it is the only jump that has a forward-facing entrance, which accounts for the extra half-turn.

The quad axel is widely considered next to impossible to land in competition. Other quad jumps in general have swiftly taken over the sport though, with many male professional skaters landing quadruple toe loops, lutzs, flips, and salchows. In 2022, it is now very difficult to win Olympic gold without any quad jumps in a program, making the quadruple axel the elusive crown jewel.

History of the Quadruple Axel

In 1978, Vern Taylor successfully landed the first triple axel. It took the skating community another 44 years for someone to successfully add an additional rotation.7 At the 2018 Rostelecom Cup, Russian skater Artur Dmitriev Jr. became the first skater to attempt the quad axel in a competition setting but his jump was unfortunately under-rotated and it did not count.

conquer the quadruple axel, making it his mission for the 2022 Beijing Olympics. Despite coming close multiple times, Hanyu was unable to land the jump cleanly in the end. The two-time gold medalist made his first attempt at the Japanese national championships, but landed on two feet and completed the final rotation on the ice rather than mid-air, leading the judges to downgrade it to a triple axel in scoring. Hanyu tried again at the Beijing Olympics in 2022 but tragically fell out of the jump. Though the attempt cost Yuzuru the gold medal, figure skating fans worldwide still celebrate his spirit and commitment to pushing the sport forward.

On September 14th, 2022, 17-year-old American skater Ilia Malinin landed the first ever clean quadruple axel during competition He recognized the jump as something he was capable of and began training for the feat a year prior. Unlike Dmitriev Jr. and Hanyu’s famous attempts, Malinin was able to complete all 4.5 rotations and land cleanly on one foot. The junior champion went on to win the U.S. International Classic, earning 12.50 points for the unprecedented feat. The young champion is quoted as saying “I’m impressed with myself that I was able to pull that off. Even now, I’m still lost for words. I don’t know what to say about that. I didn’t know I could do that.” He cited Yuzuru Hanyu as his inspiration for taking the risk, a risk that paid off and made history.

Pages Related to What Is A Quadruple Axel In Figure Skating?