What Are The Rules Of Figure Skating? 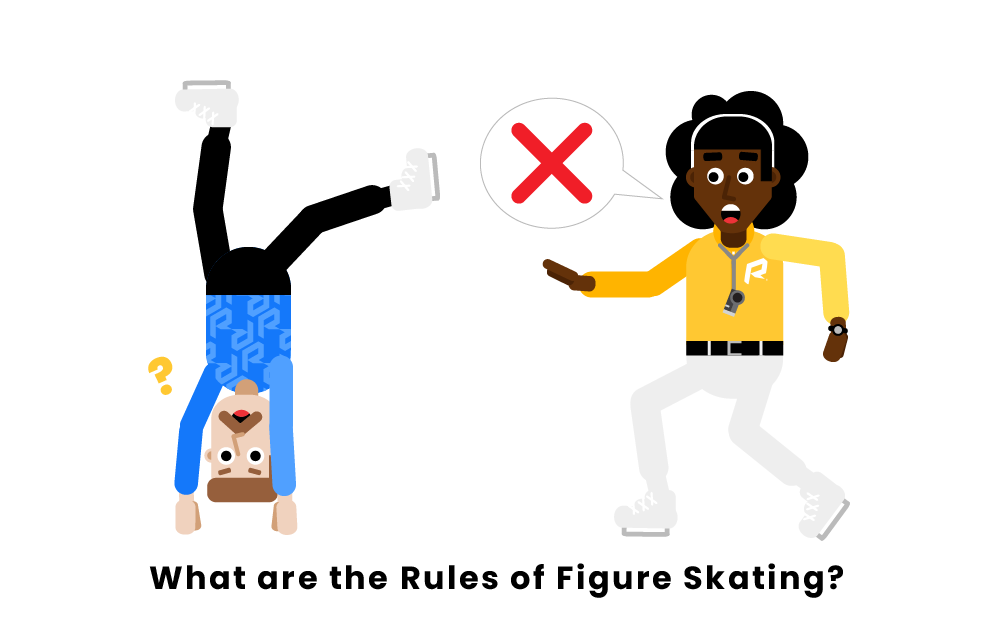 Figure skating is a competitive individual or paired sport that utilizes flexibility, strength, and grace! The objective of figure skating is to perform a choreographed routine on an ice rink, aiming to earn the most amount of points. Figure skaters must wear figure skates any time they step into the rink.

Figure skates are skating shoes with thick, hollow steel blades, approximately four millimeters thick on the bottom of the shoe with edged grooves at the front. The front part of the shoe is referred to as the toe pick. The toe pick helps skaters control their footwork more easily. Costumes are an integral part of figure skating. The men are recommended to wear trousers, and women must wear tights, trousers, or a unitard with a skirt over. Inappropriate costumes, such as costumes with too much decor or costumes that are too revealing, will have points deducted from their score, or the skater may be disqualified entirely.

As long as skaters follow these rules, the skater is given a lot of freedom in the choreography. However, the Zayak Rule does offer some strict governance for certain elements of a routine. The Zayak Rule, named after prominent figure skater Elaine Zayak, prohibits skaters from attempting more than two elements of either a triple jump or quadruple jump. This is done to emphasize greater variety in the choreography. Figure skaters also must only use their body and the skates in the performance; no figure skater can use any outside equipment to enhance a performance. 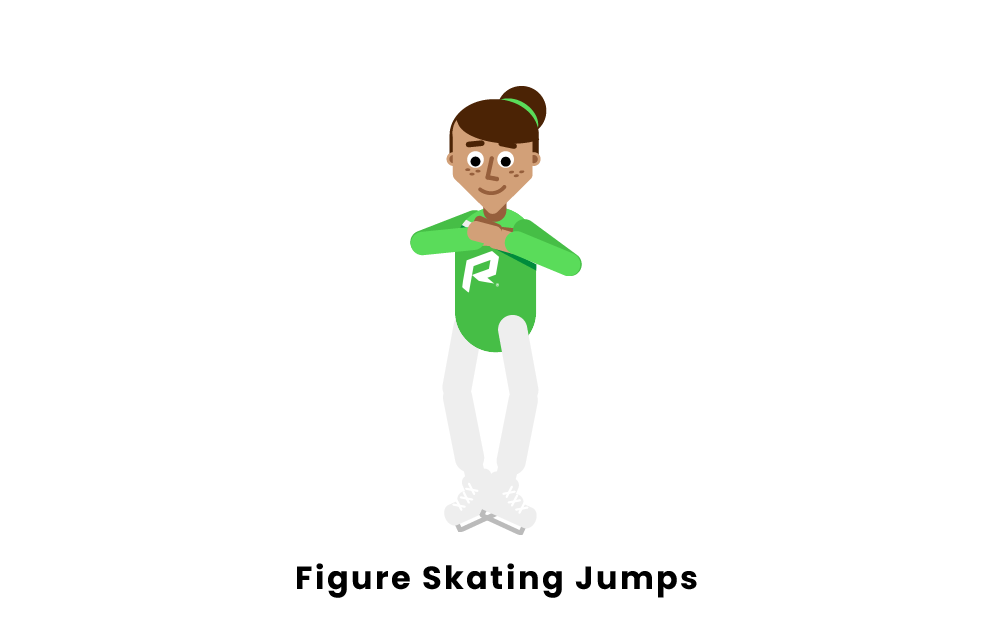 Jumps are an important part of the choreography for a figure skater. All jumps rely heavily on landing on the correct part of the blade. Because the blade is hollow, skaters feel like there are two blades; an inside blade and an outside blade. Depending on where the figure skater lifts off and lands on the blade determines what move the skater aims to execute.

There are two types of jumps in ice skating: edge jumps and toe jumps. Edge jumps focus on the power from bending the knee to jump, whereas toe jumps focus on using the toe pick to jump in the air. Edge jumps include the loop, the Salchow, and the axel. Toe jumps include the toe loop, the flip, and the lutz. The more spins that a skater can execute, such as a double or triple jump, the greater a base value they will receive for their score.

Figure skating is a dangerous sport because the skaters are skating on very sharp steel blades, so the International Skating Union implemented element violations to ensure the safety of the figure skaters. These element violations list the specific maneuvers that are banned from competitions. Most of the banned elements are in paired figure skating, but there are a few banned elements that a single skater can dangerously accomplish themself.

These illegal elements include any somersault jumps (including a backflip), any lift that holds the lifted skater in a dangerous manner, and a male skater is not allowed to hold the female skater’s ankles and spin them in the air, which is a clear reference to the widely banned element known as the headbanger. A male skater is also prohibited from making more than 3 ½ rotations when a female skater is lifted in the air. Lastly, skaters cannot have both of their knees touch the ice at any moment of their performance.

Scores are awarded to the figure skaters based on their overall performance. This sport uses the International Judging System (IJS) to objectively score the skaters. There are two scores awarded to the skaters: the technical score and the program components’ score. The technical score focuses solely on the elements attempted and how well the element was executed. Each element attempted has a base value assigned to it, and then the execution performed will increase or decrease the base value by 5 points. The more difficult an element is, the greater the base value. The program components’ score has five criteria that is judged from a score of 1-10, in .25 increments.

The five criteria are skating skills, transitions, footwork, performance, choreography, and interpretation of the music. These two scores are combined to create the overall segment score. This method of scoring is done for both the short program and the long program. The total score between the two is the competitive score, and the skater with the highest competitive score wins.

What is the difference between figure skating and ice dancing?

Is there a weight limit for figure skating?

What tricks are banned in figure skating?

Pages Related to What Are The Rules Of Figure Skating?