What Are The Hardest Jumps In Figure Skating? 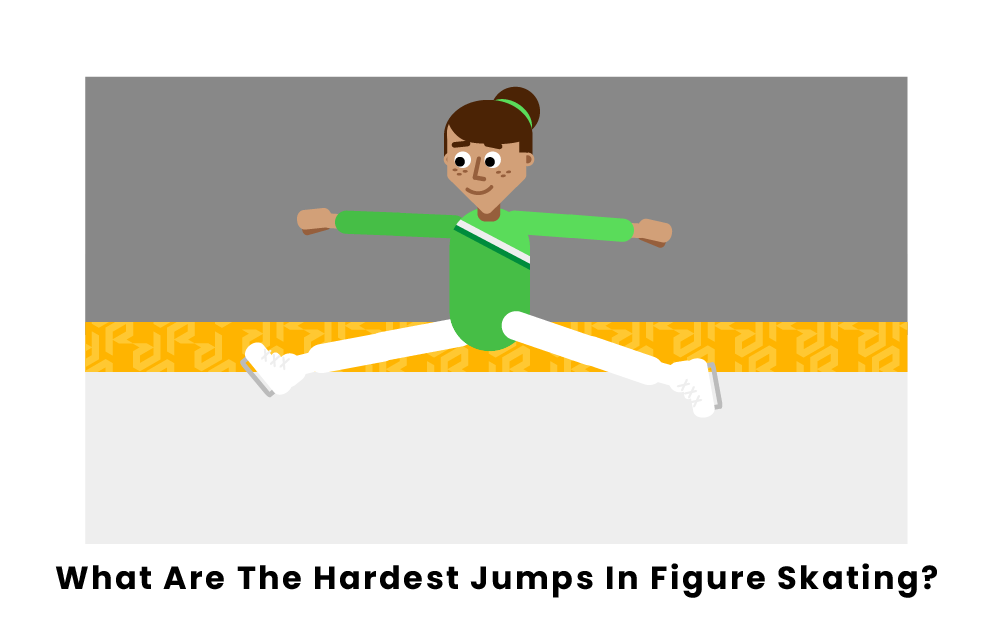 In figure skating, the jumps are often the most engaging, impressive, and athletically-demanding elements in a program. There are six basic types of jump, categorized as toe or edge jumps, depending on how the skater takes off from the ice:

Variations on these basic types make for increasingly challenging and spectacular maneuvers, with skaters testing the limits of their bodies and the laws of physics. Over the past two decades, the level of difficulty has increased exponentially, with skaters performing jumps that would’ve been unimaginable to their predecessors. Some moves have been banned from competitive skating for being too dangerous. Below are the hardest legal jumps in figure skating.

What Are the Hardest Jumps in Figure Skating?

A loop is an edge jump that takes off and lands from the same foot, each time on the outside edge of the skate. Second only to the toe loop, the loop is considered the technically simplest of the jumps, but completing a quadruple variation is still a feat. Yuzuru Hanyu is the first skater to successfully land a quadruple loop in competition.

The quadruple lutz is a counter-rotational jump that makes it especially challenging. The entry into the jump arcs the skater in one direction, while the takeoff itself sends them spinning in the opposite direction, gaining angular momentum. It requires the skater to glide backwards on the outer edge of the skate before digging the toe-pick of the opposite skate into the ice, launching into the air, and completing four mid-air rotations before landing on the outside edge of the other skate.

The quad throw salchow is a variation on the individual quad salchow that adds another level of difficulty. A quad salchow requires the skater to launch from the back inside edge of one skate, complete four mid-air rotations, and land on the back outside edge of the other skate. In pairs skating, The quad throw salchow is completed when the male partner throws the female partner into this sequence, making it one of the most dangerous jumps on the ice.3

The quadruple axel is widely considered the most difficult jump in figure skating and was not landed successfully in competition until 2022, despite several prior attempts. An axel is the only jump in skating with a front-facing entry, requiring the skater to take off on the outside edge of one skate, completing 1.5 rotations to then land backwards on the outside edge of the other skate. This means a quadruple axel requires the skater to complete a staggering 4.5 mid-air rotations.

What is the hardest jump in figure skating?

The hardest jump in skating is the quadruple axel. The axel jump’s front-facing entrance and extra .5 rotation make it next to impossible to land. The first skater to successfully accomplish this impressive feat in a competition was 17-year-old American Ilia Malinin in 2022.

Pages Related to What Are The Hardest Jumps In Figure Skating?