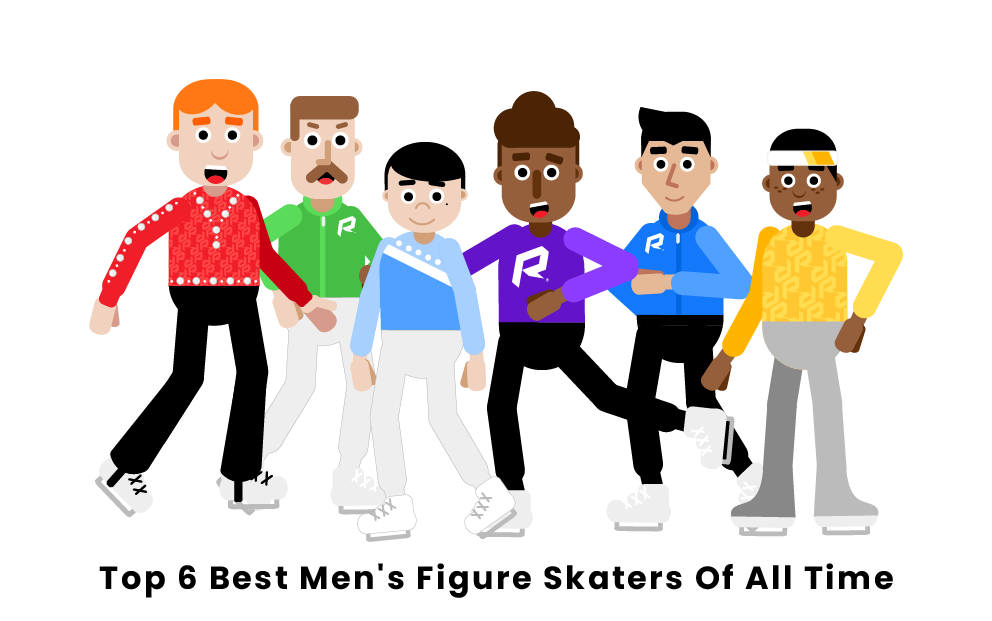 The sport of figure skating involves balance, precision, and creativity in order to score well in competition. The following men’s figure skaters have had a history of proven success through global competitions. Each comes from a different background, but all have earned their place in figure skating history.

Who are the best men’s figure skating athletes of all time?

Evgeni Plushenko began ice skating at the young age of four. By the age of 11, Plushenko began training with the widely-known figure skating coach Alexei Mishin in 1994. This move proved to be extremely helpful in Plushenko’s development and success. At 14, Plushenko became the youngest winner of the World Junior Championship. Plushenko trained alongside figure skating prodigy Alexei Yagudin, and the two would develop a rivalry that lasted the rest of their careers. Russia began to lose its status as a figure skating powerhouse on the global stage once Plushenko sustained injuries, proving his value to his country’s figure skating dominance at the time.

Gillis Grafstrom was a Swedish figure skater who was known for his precision and elegance. Grafstrom focused mostly on competing in Olympic figure skating. He was a four-time Olympic medalist during his career, with three gold medals and one silver medal. Grafstrom earned the Olympic gold medals consecutively in 1920, 1924, and 1928. Then in 1932, Grafstrom earned his Olympic silver medal. He also earned three World Championship titles in 1922, 1924, and 1929 out of the four times he competed in the event. Although Grafstrom competed in very few events, he still found immense success in the sport.

American figure skater Evan Lysacek began ice skating at the age of eight. Despite lacking the natural talent seen in other top figure skaters, he improved heavily once he received proper training. At the 1996 Junior Olympics, Lysacek earned a first-place finish at the juvenile skill level. After moving to California, Lysacek received training from famous coach Frank Carroll. At the 2009 World Championships, Lysacek earned a first-place victory. The following year, Lysacek became the first American male in more than twenty years to win an Olympic gold medal in figure skating. After this, multiple injuries prevented Lysacek from competing in the 2014 Winter Olympics, signaling the end of a historic career.

Brian Boitano found success in figure skating at the national, global, and Olympic stages. At the age of eight, he started ice skating with lessons from coach Linda Leaver, who would continue coaching him throughout his career. Boitano’s prime figure skating years were 1985 to 1988. During this time period, Boitano won all of the United States National Championships and two World Championship titles. His dominance was capped off with a gold medal in the 1988 Winter Olympics held in Calgary, Canada. Boitano is known for the skating jump he created, called the tano lutz.

American figure skater Scott Hamilton found immense success on the ice and helped bring respect and prominence to figure skating as a sport. Hamilton suffered from a childhood illness that stunted his height at 5 feet and 2.5 inches. He started ice skating at the age of 9 and made the United States Olympic team at the age of 22. Hamilton’s best years were 1981 through 1984. During this time period, Hamilton won the United States National and World Championships. In the 1984 Olympics, Hamilton won the gold medal for the United States. Hamilton elected to wear a sleek speed skating suit instead of a sequined costume, which helped convey figure skating as a serious sport as opposed to a spectacle.

The Canadian figure skater Elvis Stojko started ice skating at the age of four years old. Stojko was known for his daring maneuvers, including the first successful quadruple toe loop-triple toe loop in competition. Stojko is one of the most successful figure skaters to come out of Canada. During his career, Stojko won seven Canadian National Championships and won World Championships back to back in 1994 and 1995. Hamilton earned a silver medal at the 1994 Winter Olympics in Lillehammer, Norway. Shortly after the 2002 Winter Olympics, Stojko retired from serious competitions.

John Curry is a former British figure skater known for his massive influence on the sport. While much of his tournament success came during a few year span (1974-1976), he won four major competitions in a single calendar year. This includes gold medals in the 1976 World Championships, the 1976, European Championships, and the 1976 Winter Olympics. Curry was known for bringing elegance and a balletic style to figure skating which at the time was not as commonly seen. Following his massively successful year, John Curry turned pro meaning that he could no longer compete in international competitions. Nonetheless, Curry is credited with growing the sport of figure skating worldwide and establishing Great Britain in the competitive scene.

Dick Button is a legendary former American figure skater who also earned recognition for his role as an analyst during the Olympic Games after his retirement. Like many figure skaters, Button’s success was over a short period of time, however it was a legendary run nonetheless. From 1947 to 1952, Button earned two Olympic gold medals, six World Figure Skating Championships medals (five of which were gold), three North American Figure Skating Championships gold medals, and a gold medal in the 1948 European Figure Skating Championships. On top of this Olympic hardware, Button was also the first Olympic figure skater to successfully perform a triple jump in competition. Such overwhelming success is more than enough to cement Dick Button’s place in the history books, with his well-respected television career through programming like Push Dick’s Button and his commentary during various Winter Olympic figure skating events only adding to his legacy.

When was men’s figure skating first added to the Winter Olympic Games?

Which country holds the most medals for men’s figure skating?

Which men’s figure skater has won the most Olympic gold medals?