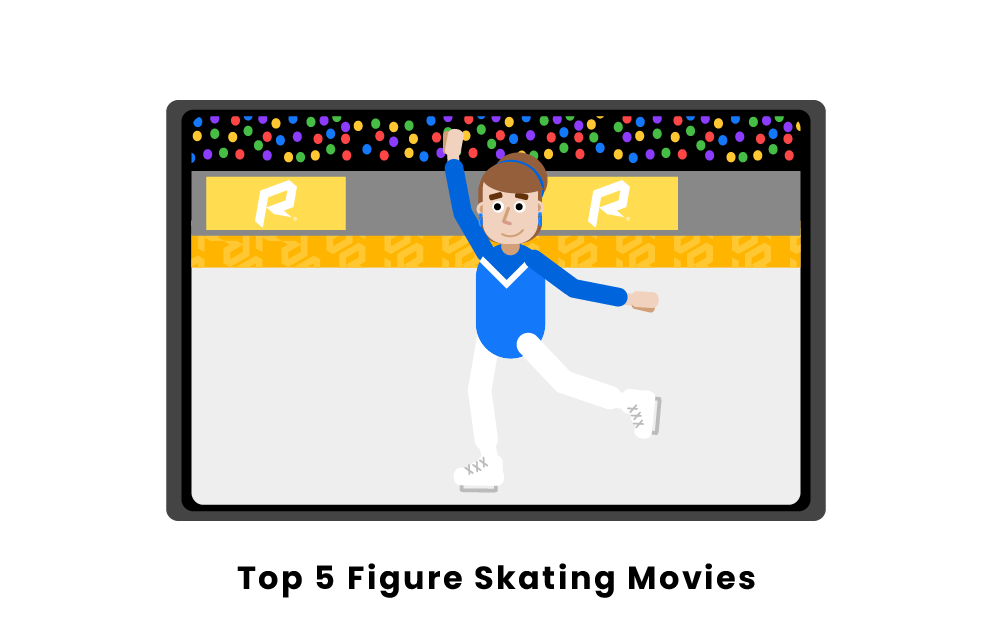 What are the most popular figure skating movies?

The Cutting Edge is a classic and one of the best figure skating movies to date also featuring an enchanting love story. The film pairs an NHL hopeful plagued with injury with a straightlaced, uptight yet extremely talented and skilled figure skater to compete in Olympic figure skating, resulting in a promising pair on the ice. As a team, the pair competes against Soviet opponents in the 1992 Winter Olympics in Albertville, France in a fierce face off. The Cutting Edge is a must see figure skating movie as it accurately portrays that skill, and skill alone, in pair figure skating is not enough. It emphasizes the importance of a true connection between competition partners because the two individuals must move and perform their movements in absolute harmony with one another, as this skill is key to success in pairs skating. The film concurrently shows the progression between the pair’s evolving relationship and their success as figure skating partners, effectively demonstrating the connection between the two.

Ice Princess is a Disney film about high schooler Casey Carlile, a physics wiz who, while doing a school project on the dynamics of figure skating, found her true passion was on the ice. The movie emcompasses quite an inspiring message while also detailing the hard work, dedication, and skill that goes into the sport of figure skating. Ice Princess sheds light on all of the training, practices, competitions, monetary requirements, and pressures that becoming a figure skating champion entails. Not only does the film give a very honest and real look into the life and competitive figure skaters, but also provides the audience with real lessons on how to improve technique in regard to jumps, spins, and overall performance as well as why these fixes work, all through principles of physics which are essential to perfecting one’s figure skating technique.

Go Figure is a motivational tale about a young teenage girl, Katelin Kingsford, whose biggest dream is to become a champion figure skater and the many obstacles she faces to reach her goals. While at a competition, Katelin is discovered by a world-renowned Russian skating coach, Natasha Goberman. Unfortunately, Natasha coaches at an extremely expensive boarding school that is way out of Katelin and her parent’s budget. To compensate for this, Natasha lands Katelin a women’s hockey scholarship so that she can afford to attend. However, Katelin quickly comes to the realization that between hockey practices, training with Natasha, and school work, she may have taken on more than she can handle.

This film demonstrates the commitment, dedication, and perseverance it takes to succeed and realize one’s greatest dreams in the figure skating world. It is no easy task, but when you put your mind to it, the hard work is well worth it. Not only does it provide viewers with a glimpse into the competitive figure skating world, but it’s also a fun, easy watch for all viewers alike.

I, Tonya is essential to watch if you love the sport of figure skating, as it deals with one of the most influential scandals and one of the most famous and infamous figure skaters in the history of the sport. Tonya Harding fought hard to become a top competitor, and before finding success, faced many struggles to transform her dream into a reality in the face of economic hardship and faulty, destructive relationships with both men and role models in her life. The film portrays the struggles faced by Tonya and women alike in the sport of figure skating, as shown by her routine that failed to gain the recognition and scoring it deserved by the judges because they didn’t want to see a top performance from someone who sewed her own costume, even if it included a seamlessly executed and landed triple axel. Thus, when Tonya was able to find success, and the incident as well as her supposed role in the incident caused the destruction of her career, it was a fitting end for Tonya. She had a flaring end to her relationship with the exclusive world of competitive figure skating that she never felt accepted into or wanted by in the first place.

Blades of Glory starring Will Farrell and Jon Heder is a well-known sports comedy about two eccentric outcasts of the figure skating world who, after getting banned from competing because of an unfortunate podium scuffle, realize an ambiguous loophole in the U.S. figure skating competition rules, and are brought together to join forces in order to compete in the sport once again. While this film encompasses many traditional aspects of many other Will Farell movies in the sense that components of it are intended to get shock as well as prompt a reaction from the audience, if you are a figure skating fan or just a lover of sports films this is a must see. It is hilarious, but also informative without watchers even realizing. Again, the success of the pair is largely tied to the success of their relationship, which is many times the case with pairs competitions.