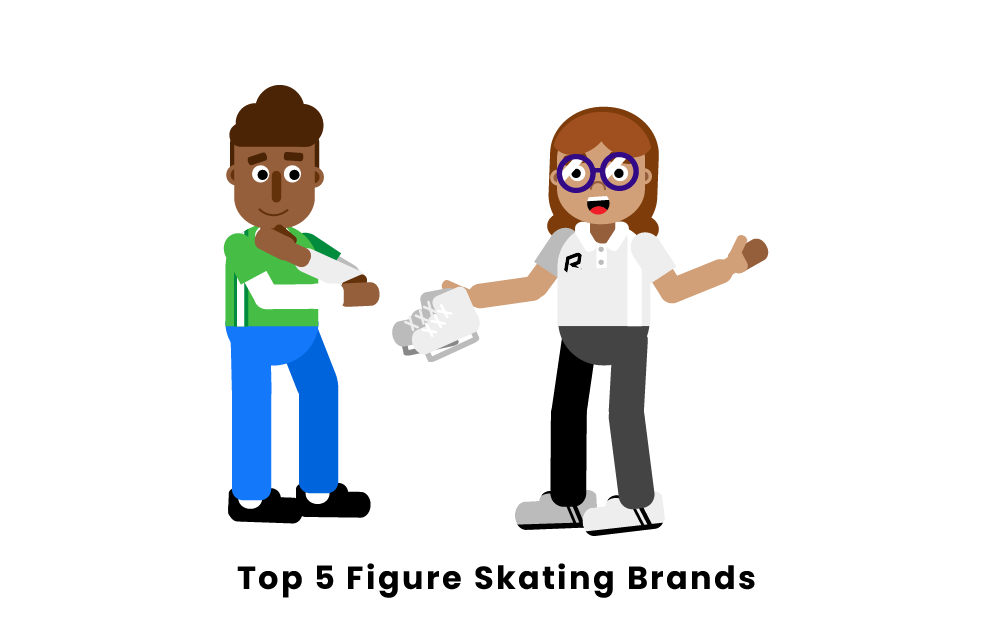 Figure skating is a graceful and highly technical winter sport which is most often seen at a professional level. The fit and feel of equipment is important in a sport which relies so much on precision and calculation. When it comes to apparel and ice skates, these five brands provide excellent options for figure skaters.

What are the most popular figure skating brands?

This historic brand is the world’s top manufacturer of ice and figure skating blades. Top Olympians and World champions are seen wearing these blades, including recent Olympic gold medalist Yuzuru Hanyu. John Wilson set the foundation for the company over 300 years ago with his reputable technology and innovation in designing blades. John Wilson has a large range of blades available to their loyal customers. The carbon composite technology of the blades allows for the material to feel very lightweight, yet extremely durable. Wilson blades allow skaters to reach greater heights, with shock-absorbing technology and cushioned landings.

Jackson Ultima climbed the ranks as one of the most powerful global leaders in figure skate blades and boots. They are sponsored by some of the best figure skaters in the world, like well-known American skater Nathan Chen. This company has a variety of top skaters from around the world to represent their brand. However, not only does this company provide for Olympic skaters, they offer a large range of skates and blades for recreational and leisure skaters as well. They use heat moldable technology for their customizable figure skates and provide a variety of high quality and durable blades.

This Italian company is extremely popular among the top skaters in the world. Yuzuru Hanyu and Evgenia Medvedeva, two of the best male and female skaters in the world, wear Edea boots. This company has risen in popularity the past few years due to their unique technology and design. Edea skates are ultra lightweight and provide more control and comfort which allows skaters to have greater sensitivity in the sport. The skates are customizable and extremely shock absorbent.

For the past 75 years, Riedell has been an industry leader in figure and roller skates with high-quality and hand-crafted boots. This company consists of talented professionals that have spent decades working at their manufacturing plant in Minnesota. These employees value the detail and dedication it takes to making each pair of skates in their 125 step production process. Riedell offers a wide range of skates from affordable leisurely skates to highly competitive skates for Olympic and World champions. Riedell has reliable and comfortable skates that are made with care. Riedell sponsored skaters include 2022 gold medalist Guillame Cizeron and silver medalist Vincent Zhou.

This company located in the Bay Area has been manufacturing high quality figure skates for the past 70 years and has even been worn by famous skaters Nancy Kerrigan and Tonya Harding. Harlick boot designers consistently work alongside skaters and industry professionals to provide top-notch figure skates to the world. Harlick provides the opportunity for skaters to customize their skates through options such as orthopedic ankle padding, scalloped insteps, special tongue padding and more. Harlick tends to be more expensive compared to other brands, but they are highly customizable and made with the best quality.

Risport is an Italian-based company with their headquarters in the city of Montebelluna. They have been making skates since 1970, and were acquired by the Rossignol Group in 1995. Risport mainly produces boots, and theirs are known for their sleekness and elegance. They pride themselves on maintaining a technologically advanced shoe while staying true to their iconic style. A few notable skaters sponsored by Risport include Shoma Uno and Wenjing Sui.

GRAF is a company located in Switzerland who have been making skates for over 100 years. Unlike other companies on this list, GRAF makes skates for both figure skating and ice hockey. They offer highly customizable skates and have recently introduced an ultra lightweight sole for better mobility. All of their skates are made by hand in Switzerland and Canada. A few notable figure skaters who have worn GRAF skates include Carolina Kostner and Nikita Katsalapov.

What kind of skates do Olympic figure skaters wear?

What is the oldest figure skating brand?

The general consensus is that the oldest figure skating brand is John Wilson, which has been designing and selling figure skates since 1696. The brand is highly reputable, in large part because of their extensive history. In fact, the brand was once responsible for designing figure skates for the British Royal Family, most notably King William III.

Where do figure skaters get their costumes?

More often than not, professional figure skaters get their costumes directly from costume designers. The attire skaters wear during competition is often meant to correspond with their music and choreography, so typically figure skating costumes are custom designed. Popular designers include Roberto Cavalli, legendary fashion designer Vera Wang, and Satomi Ito.