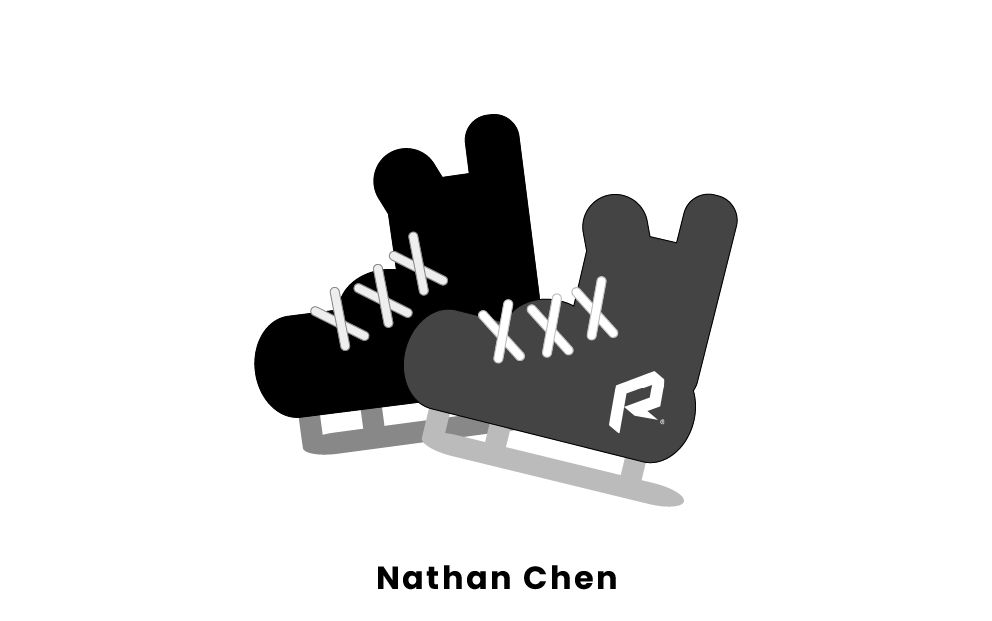 Nathan Chen is an Olympic figure skater who was born in 1999 in Salt Lake City, Utah and has competed twice for the US national team. He began skating at the age of three and competing at the Senior level at the age of 15. During his prolific career, Chen has won six National Championships, three World Championships, and became the reigning Olympic champion at the men’s singles event at the 2022 Games in Beijing. Known for his impressive jumps and musicality, Nathan Chen has cemented himself as one of figure skating’s fiercest competitors.

As of 2022, Nathan Chen has an estimated net worth between $2.5-5 million. Aside from his various prize winnings, he’s also signed sponsorship deals with major brands such as Bridgestone, Nike, Comcast, GrubHub, Airweave, Toyota, and Visa. Like most Olympic athletes, the vast majority of his wealth is from such endorsements and brand partnerships.

In 2022 with two Olympic appearances under his belt, Nathan Chen has already proven himself to be one of the most dominant figure skaters the sport has ever seen. He won the US Championships six years consecutively, holds three World Championship titles, and won an Olympic gold medal. He began skating at the age of three and, with ample support from his parents, began a remarkable career where he quickly made his mark. In 2010, Chen made history as US Figure Skating’s youngest Novice champion at just ten years old. He competed for two years at the Junior level before making his first Senior appearance in 2014 at the age of fifteen. At the Senior level, he made history once again in 2017 when he became the first figure skater to land five quadruple jumps during a single program.

In 2018, at the age of eighteen, Chen became the youngest men’s figure skater to win the World Championship since Yevgeny Plushchenko in 2001. That same year he competed in his first Olympics. He struggled in the short event but went on to redeem himself in the free skate when he broke his own record and became the first skater to land six quad jumps in a single program. While he was unable to claim an individual medal, the remarkable feat raised the bar for skaters everywhere, and he helped the USA claim bronze in the team event. In 2020, Chen claimed his fourth US Championship, making him the first to win four consecutively since Brian Boitano in 1988.  He won both the US and World Championships again in 2021.

At the 2022 Beijing Olympics, Chen did not disappoint. He landed another five quads, one of every type of jump excluding the quad axel, and set a new world record in the short program with a score of 113.97 points. Most importantly, he became the first Asian-American man in history to win Olympic gold. Despite his wild recent success, Nathan Chen opted in late 2022 to return to Yale rather than participate in the skating season, and he is unsure if he’ll return to professional competition. Though not an official retirement, fans are left to wonder if Chen’s career has come to an end at its pinnacle.

Nathan Chen holds six National titles, three World titles, and three Olympic medals, including gold from the Beijing Olympics in 2022. His many accolades include:

Nathan Chen was born in 1999 to parents Hetty Wang and Zhidong Chen, who immigrated from China to the United States just a year prior to Chen’s birth. He has two older sisters: Alice Chen and Janice Chen, and two older brothers: Tony Chen and Colin Chen. Chen cites watching his older brothers play ice hockey as the impetus for him to get out on the ice himself. He also often speaks about the massive support of his family, particularly his mother, who was incredibly hands-on as he began training. Aside from his formidable skating career, Chen participated in gymnastics and trained in ballet for almost seven years.

Other than a very public relationship with fellow skater Amber Glen in 2017, Chen has been romantically unattached and seems focused on balancing skating and academics. In 2018, he began attending Yale University and chose Statistics and Data Science as his major. He came home to southern California at the onset of the Covid-19 outbreak and took a leave of absence from Yale to focus on training, but he made plans to return to school in 2022. While he has dedicated most of his life to the pursuit of his skating career, Chen has expressed that he views figure skating as a passion and privilege, but not his “be-all-end-all,” and speaks with levity about the inevitability of his retirement and the opportunity to dedicate his life to new chapters.

Who is Nathan Chen?

Nathan Chen is a six-time National and three-time World Figure Skating Champion. He also won the gold medal at the men’s singles event in the 2022 Beijing Olympics. He’s been known informally as the “Quad King” since he famously landed five quad jumps in a single program. Hee is also known especially for the athleticism of his jumps and general musicality on the ice.

Despite being known as “The Quad King,” Nathan Chen has not landed a quadruple axel in competition. He made history in 2017 when he landed five different quad jumps in a single program. At the 2022 Olympics, he cleanly landed a quad toe loop, a quad salchow, a quad loop, a quad flip, and a quad lutz. As of 2022, the only figure skater to successfully land a quadruple axel in competition is Ilia Malinin.

Where is Nathan Chen from?

Nathan Chen was born in Salt Lake City, Utah, and he has competed twice for the US Olympic team. He is Chinese-American, and his parents immigrated to the states in 1998, a year before Nathan’s birth. In 2022 he became the first Asian-American man to win the gold medal at the Beijing Olympics, in the very city where his mother grew up. His heritage is a huge point of pride, and he cites Michelle Kwan as a major inspiration and hopes he can offer the same kind of representation to up-and-coming skaters.