Do Figure Skaters Get Dizzy? 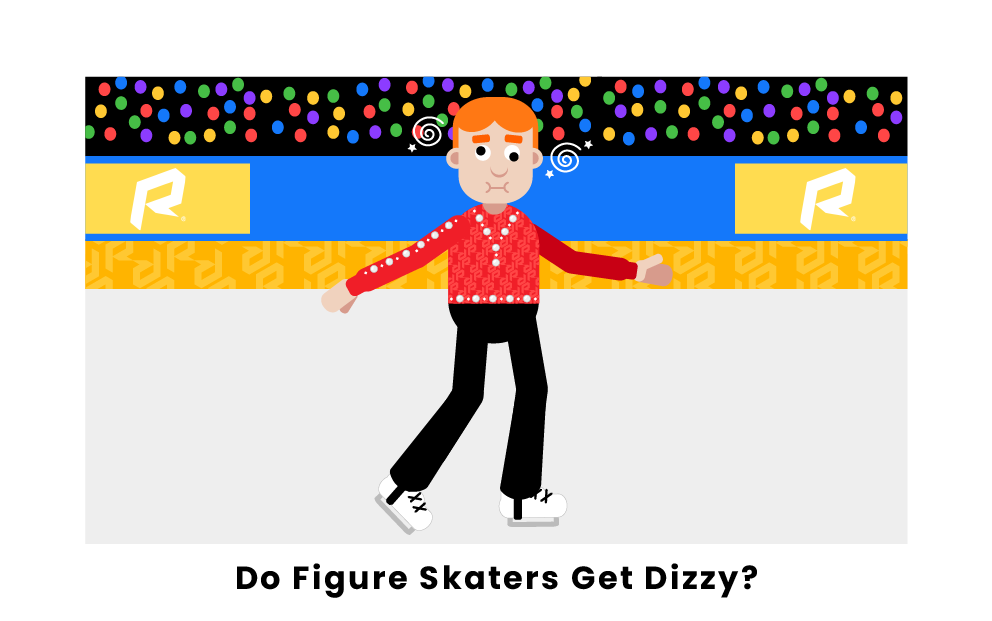 Dizziness is an unpleasant sensation for anyone, and it is often caused by the act of spinning. Certain sports, such as figure skating, require athletes to spin repeatedly in a short amount of time. This naturally raises the question: do they get dizzy? Read on to find out.

Do Figure Skaters Get Dizzy?

Figure skaters do get dizzy, but they train to combat the feeling of dizziness. For example, beginning skaters will naturally feel dizzy while spinning, just like any non-skater would. However, after years of practice, advanced skaters can essentially train their brain to perceive dizziness as a small error that can be ignored.

Why Do We Get Dizzy?

The reason we, as humans, get dizzy when we spin is because of the principle of inertia: an object in motion will stay in motion until stopped. Our brains process motion because our inner ears contain fluid-filled semicircular canals, which contain tiny hair cells that sense movement. When we spin and then stop, the fluid in those canals continues to move and stimulate the hair cells. This process tricks our brains into thinking we are still moving even though we are not, and that perceived movement causes the sensation of dizziness.

The motions of our eyes also contribute to the sensation of dizziness. Our eyes move in the opposite direction as our bodies and heads when we spin, but we can’t rotate all the way around. Our eyes, therefore, move back to a new starting position during a full spin. This eye movement is out of our control and another part of what makes us dizzy.

Do Olympic Figure Skaters Get Dizzy?

Figure skaters who compete at the Olympic level train their brains not to feel dizzy. In fact, their brains have slowly adapted after years of practice to not suppress the sensation. For people who don’t perform a demanding sport that requires constant spinning, a non-skater’s semicircular canals trick their brain into thinking that they’re still moving after we stop. Olympic figure skater brains have, meanwhile, thanks to years of repetition, learned to write off the sensation as an error.

Athletes can also use various other coping strategies to prevent dizziness. These include focusing on a fixed point when they spin by whipping their heads around to look at one point after every turn. Since figure skaters rotate more quickly than other athletes, such as dancers, they often simply look at one fixed point after completing a spinning trick. Olympic figure skater Mirai Nagasu even says that she feels the spinning but believes that high-level figure skaters have the ability to recenter their focus and get past it.

Figure skaters have to train their brains not to get dizzy. Like any other of their skills, it takes time and intense practice for figure skaters to perfect the art of avoiding dizziness. Even once they learn to limit this sensation, it can still happen occasionally, even to Olympians.

Pages Related to Do Figure Skaters Get Dizzy?