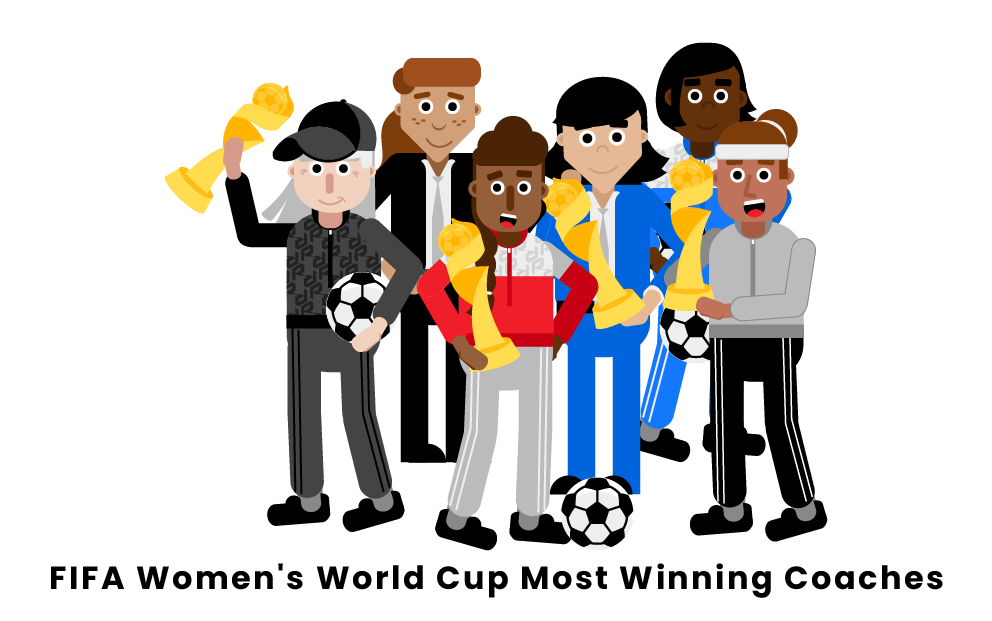 In all sports, players will oftentimes get the majority of the credit when their team wins a championship. On the other hand, coaches can sometimes get overlooked. This is no different when it comes to the women’s World Cup. Despite this fact, coaches still play a key role in leading their team to victory by managing the practices and creating the game plan for matches.

What Coaches Have Won The Women’s FIFA World Cup?

As was mentioned above, only one woman has been able to win two World Cups as a coach in the eight-edition history of the event. That woman is Jill Ellis, who led the United States to their two most recent World Cup victories, in 2015 and 2019. Jill would have had the opportunity to go for three FIFA World Cup titles, something no men’s or women’s coach has ever done. This will not be the case, however, as not too long after the United States won the 2019 World Cup, Ellis announced she was stepping down as manager. She cited the fact that she felt that it was time for a new voice and that she had reached the time she had imagined stepping away when she took the position. During her incredible run as manager, Ellis won 102 matches and lost only seven. Clearly, she is the most successful women’s soccer manager in recent memory.

Another prominent Women’s World Cup coach, Tina Theune (formerly Tina Theune-Meyer) is notable for being the first woman to guide a women’s team to a FIFA World Cup win. In 2003, Theune led her native Germany to victory after the first three Women’s World Cup tournaments were all won by male coaches. Theune’s legacy stuck, for after this tournament, three of the next four winning coaches were women. In addition to the two tournaments won by Jill Ellis, Silvia Neid guided Germany to the title in 2007.

When it comes to other notable FIFA Women’s World Cup winning managers, the first winning manager in the history of the tournament was Anson Dorrance, who also was a manager of the United States and led them to victory in the inaugural 1991 tournament.

As for the remaining winning coaches who have not been mentioned, Even Pellerud was the manager of Norway in 1995, Tony DiCicco led the United States in 1999, and Norio Sasaki was at the helm of Japan in 2011. We shall see who the next World Cup-winning coach will be at the next Women’s World Cup, which will take place in Australia and New Zealand in 2023.

Which Women’s World Cup coach has won the most titles?

The only Women’s World Cup coach to win two titles is Jill Ellis of the United States. Ellis was the manager when the United States won back-to-back World Cups in 2015 and 2019. Ellis did have the opportunity to go for three in a row; however, she retired following the 2019 victory.