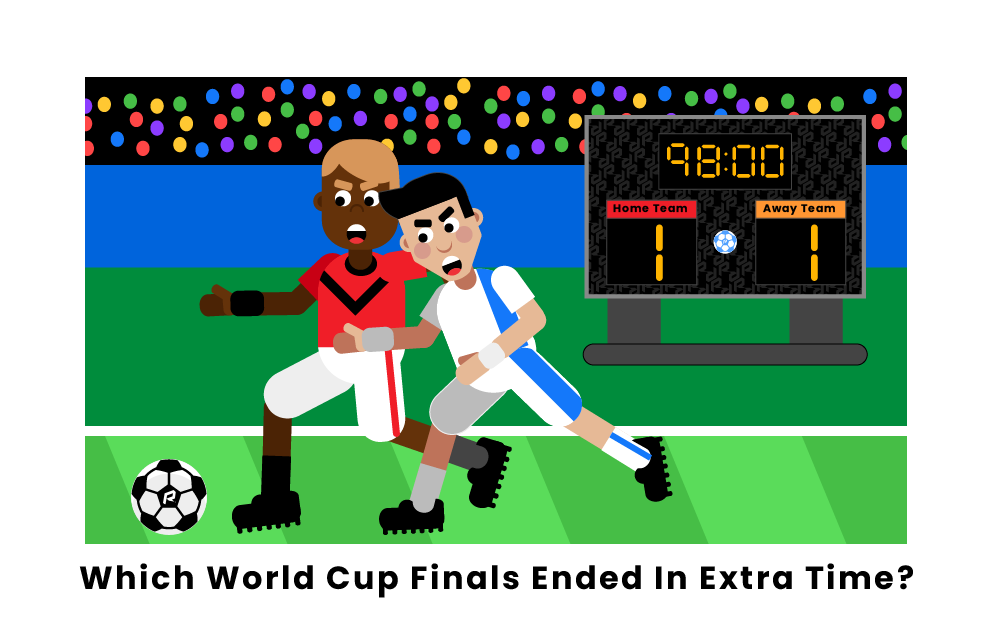 The World Cup Final is one of the most anticipated sporting events around the world. The match takes place every four years and pits the last two remaining countries in the international tournament. Most final games are tightly contested, and some have even lasted longer than the standard 90 minutes. Read below to find out some of the most exciting finishes in World Cup Finals history.

It took just the second-ever World Cup for the final game to be decided in extra time as host-country Italy defeated Czechoslovakia 2-1 in 1934. This marked the first of four World Cup titles for the Italians. Italy trailed late in the second half before Raimundo Orsi used his left foot to chip it past the Czech goalkeeper in the 81st minute. Then, in the fifth minute of extra time, Angelo Schiavio fired home the winner.

The next final to be decided in extra time came in 1966, between host country England and West Germany, with the hosts once again prevailing. The match ended 4-2 and is one of two World Cup Finals extra-time matches that ended by at least two goals. The other came in 1978 when Argentina took down the Netherlands 3-1. Once again, the winner was the host country, meaning the first three finals decided beyond 90 minutes were all won by the host.

Other matches between 1978 and 2010 ended after 90 minutes, but those ended in penalties. This means there was a 32-year gap between finals that truly ended in extra time. Both these games were decided by a score of 1-0. The first was won by Spain, who defeated the Netherlands in one of the most dramatic finishes of all time when Andres Iniesta got loose in the box and scored in the 116th minute. The Spanish in that World Cup were not known for their offense. However, they didn’t concede a single goal in the knockout rounds and won each game exactly 1-0.

In the very next World Cup, Lionel Messi and his Argentina squad appeared poised to finally break through but were upstaged by a loaded Germany team. The winner was provided by the substitute Mario Gotze who perfectly controlled an Andre Schurrle cross to rocket home the decider in the 113th minute. Messi had a chance to even the match with a free kick just outside the box in the final minute of extra time, but his kick sailed wide right.

There have been two World Cup Finals that have been decided beyond extra time: 1994 and 2006. 1994 is the only instance in which the finals ended with neither team scoring in both standard and extra time. The victor was Brazil, who beat Italy 3-2 in PKs. In penalties, both teams were knotted at two-a-piece; then, Daniele Massaro missed for Italy, and Dunga scored for Brazil. This left Italy with its World Cup hopes on the right foot of Roberto Baggio, who sailed the ball well over the goal to give Brazil another World Cup win.

The next final to be decided in penalties was in 2006, arguably the greatest soccer match ever played. The match was tied at 1-1 when it went to extra time. It was during extra time that one of the most infamous moments in soccer history occurred. French Captain Zinédine Zidane, who was playing in his final match, got ejected for head-butting Italian defender Marco Materazzi. Zidane wasn’t just the captain: he was arguably France’s best player and had scored the opening goal of the match in the seventh minute. Coincidentally, the man he head-butted also was the one who scored for Italy in the 19th minute. In the ensuing penalties, Italy defeated France 5-3.

Has a World Cup Final ended in a draw?

How many World Cup Finals have gone past 90 minutes?

The World Cup Final has only gone past 90 minutes seven times in the 21 World Cups since the tournament began in 1930. Up until 2010, there had been no consecutive instances in which the World Cup was decided in extra time. However, from 2006-2014, all three tournaments were decided in either extra time or in penalties.