Which Team Has Played In Every FIFA World Cup? 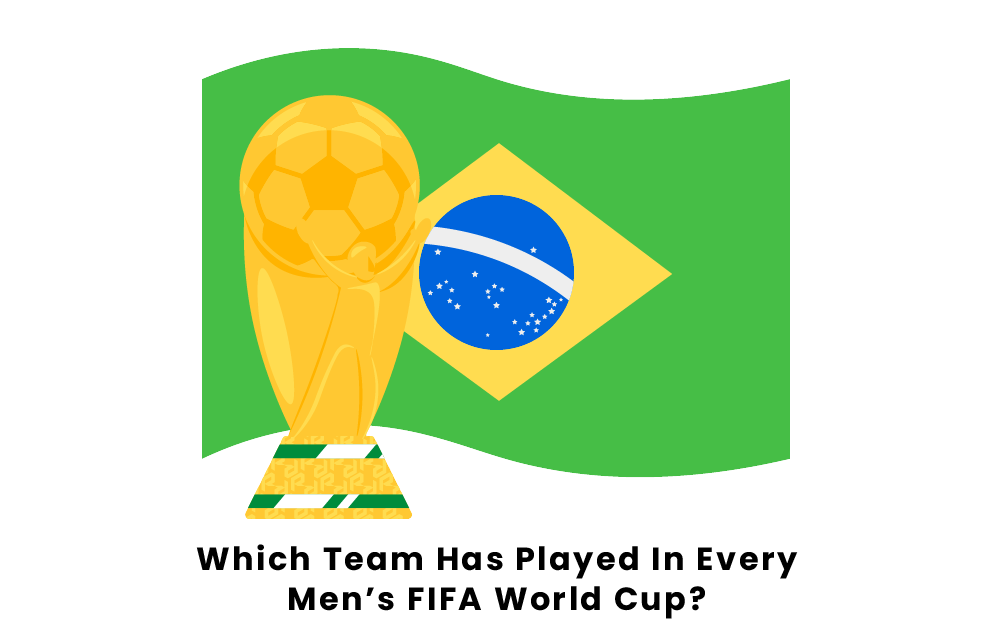 Since the men’s FIFA World Cup began in 1930, there have been 21 editions of the tournament. Originally, there were only 13 teams at the event; however, today there are 32 nations that participate in the World Cup every four years. That number will grow to 48 in 2026. Through all of those tournaments and all of those expansions, only one nation has managed to participate in every World Cup. The remainder of this piece will discuss that nation, along with some other countries who have participated in most of the World Cups.

Brazil at the FIFA World Cup

Only one country has played in every men’s FIFA World Cup. That team is the South American nation of Brazil. From 1930 till 2018, every World Cup has included Brazil, and they extended their streak to 22 straight after qualifying for the 2022 World Cup in Qatar. Not only have the Brazilians been to every World Cup, but they also have been the event’s most successful team. In terms of championships, they are the only nation to have five World Cup trophies to their name. Brazil took home the title in 1958, 1962, 1970, 1994, and 2002. Brazil also has the second most championship match appearances with seven (just behind Germany’s eight) as in addition to their five titles, they were the runners-up at the 1950 and 1998 World Cups. In terms of overall record, Brazil again comes out on top with 73 wins in 109 matches played, the most World Cup victories of any nation.

As far as individual awards at the World Cup, Brazil has had plenty of success in that category as well. Since the Golden Ball Awards became official in 1982, Brazil has had four players finish in the top three for the voting of the award, the second most of any country behind Italy and Germany (5). As for the top goal scorer/Golden Boot Award, fourteen times a Brazilian has finished in the top three, by far the most of any team. Lastly, when it comes to the Man of the Match Award, which has been handed out after every World Cup match since 2002, Brazil is tied with the Germans for the most individual wins with 22. Clearly, Brazil is by far the most successful and consistent team in the history of the World Cup. Some other nations have had great runs, however, and they are discussed below.

Appearances of Other Nations

After Brazil, the country with the second most appearances at the World Cup is Germany, which has made 19 World Cups and thus has only missed two tournaments over the years. The only two World Cups to not include Germany were the 1930 World Cup in Uruguay, which they did not enter, and the 1950 World Cup in Brazil, which they were banned from competing in as punishment following World War II. After the Germans, the next three teams on the World Cup appearances list are Italy (18), Argentina (17), and Mexico (16). All of these teams except for Italy have qualified for the 2022 World Cup in Qatar, so they will look to build on their already impressive resumes. As for the Italians, they will have to wait for the 2026 North American World Cup.

Pages Related to Which Team Has Played In Every FIFA World Cup?