Which FIFA World Cup Has Had The Largest Attendance? 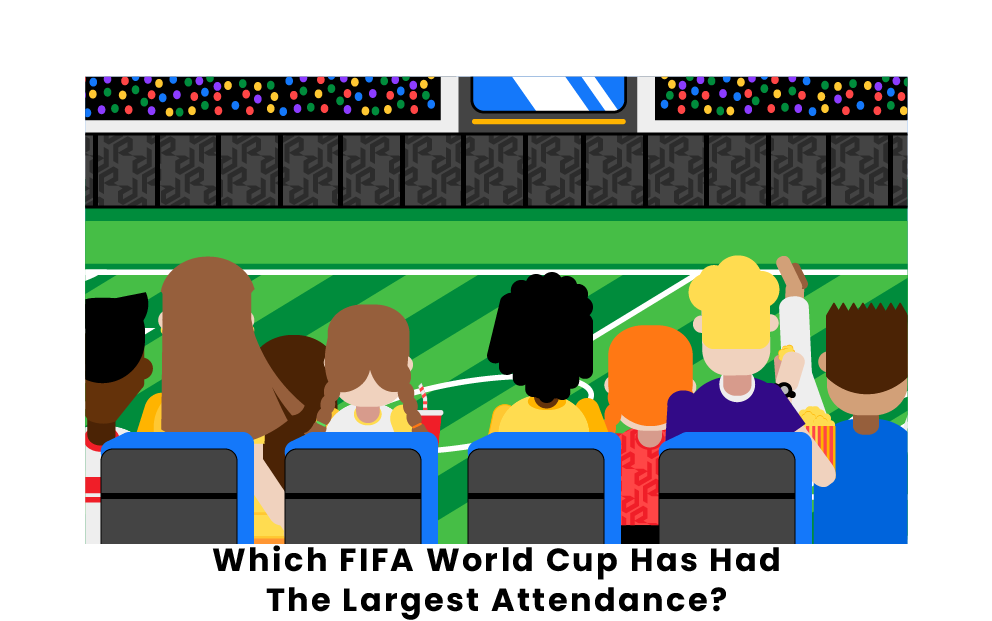 At the first FIFA World Cup in Uruguay in 1930, an estimated 590,549 people attended the event. Considering that this was the first tournament of its kind and not much was known about the event, this is a reasonably impressive number and a symbol of the fan potential that international soccer would one day experience.

Fast-forward 88 years, and the World Cup that took place in 2022 in Qatar attracted over 3 million fans, proving just how much the World Cup has grown over its long history. Although this is an impressive number, it is only the fourth-highest attended World Cup ever. The 1994 World Cup set the record, with over 3.5 million fans attending the tournament in the United States.

On average, an amazing 68,991 fans attended each of the World Cup matches in 1994, by far the highest average attendance in World Cup history. This is likely due to the combination of the massive stadiums in the United States that hosted the matches and the sports-loving culture of the United States. Stadiums such as the Rose Bowl (102,083 capacity), Stanford Stadium (86,019 capacity), Giants Stadium (76,891), and Soldier Field (66,815 capacity) were among the nine venues hosting World Cup matches in 1994.

At the 1994 World Cup, Americans came out to attend all the matches, even between lesser teams, such as a group stage match between Bolivia and South Korea, which ended in a 0-0 draw. Despite the lack of expected flair in that match, over 54,000 people came out.

Pages Related to Which FIFA World Cup Has Had The Largest Attendance?