Where Are The Next 5 FIFA World Cups? 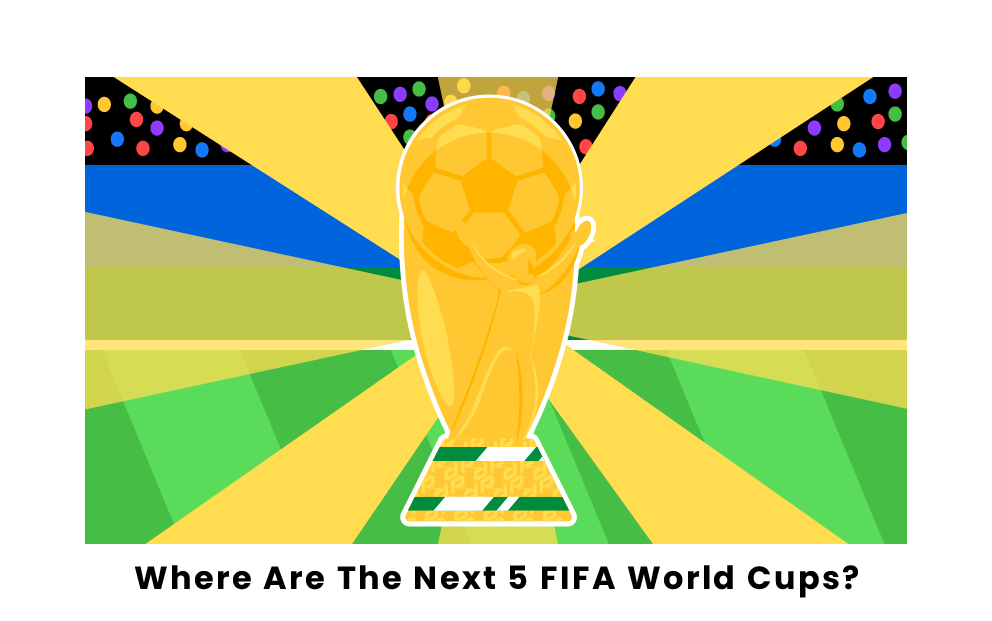 The FIFA World Cup is a time when nations come together for healthy yet passionate competition and a combination of patriotism and loyalty. The first World Cup was in 1930, and the competition was strictly for men until 1991, when the Women’s Tournament began. Since then, both competitions have rapidly grown and have been hosted on most continents. Between five and eight years before each World Cup, the host nation or nations are announced. With that in mind, where are the next five FIFA World Cups?

The Next 5 Men’s FIFA World Cups

Below are the years, dates, and host nation(s) of the next five FIFA Men’s World Cups:

The Next 5 Women’s FIFA World Cups

Below are the years, dates, and host nation(s) of the next five FIFA Men’s World Cups:

How Does the Bidding Process Work for the World Cup?

Typically, bidding happens seven years before each tournament and is thoughtfully determined after the countries make their decision as to whether or not to bid. Previously, FIFA allowed 24 members of their executive committee to vote, but because of certain political corruption and swaying of votes, FIFA opened their voting to all member associations.

What Country Has Hosted the Most FIFA World Cups?

Who are the top contenders in the next World Cups?

It is quite a challenge to make a prediction as to who will win the next World Cup. For the Men’s Tournament, the current top three in FIFA World Rankings are Brazil, Belgium, and Argentina. The current top three rankings for Women’s Soccer in FIFA are the United States, Sweden, and Germany. These three contenders are quite predictable for the women, as there has not been much change in rankings across the last few Women’s World Cups.

How many people watch the World Cup?

For the 2022 Qatar World Cup, FIFA announced that just over three million tickets have been sold. In terms of how many attend per game, each game hosts upwards of 100,000 people! Additionally, it has been announced that this year over five billion people worldwide are expected to tune in virtually. During the 2019 Women’s World Cup in France, over one billion people tuned in worldwide, and around 20,000 people attended the matches.

Pages Related to Where Are The Next 5 FIFA World Cups?