What Is The Prize Money For The FIFA World Cup? 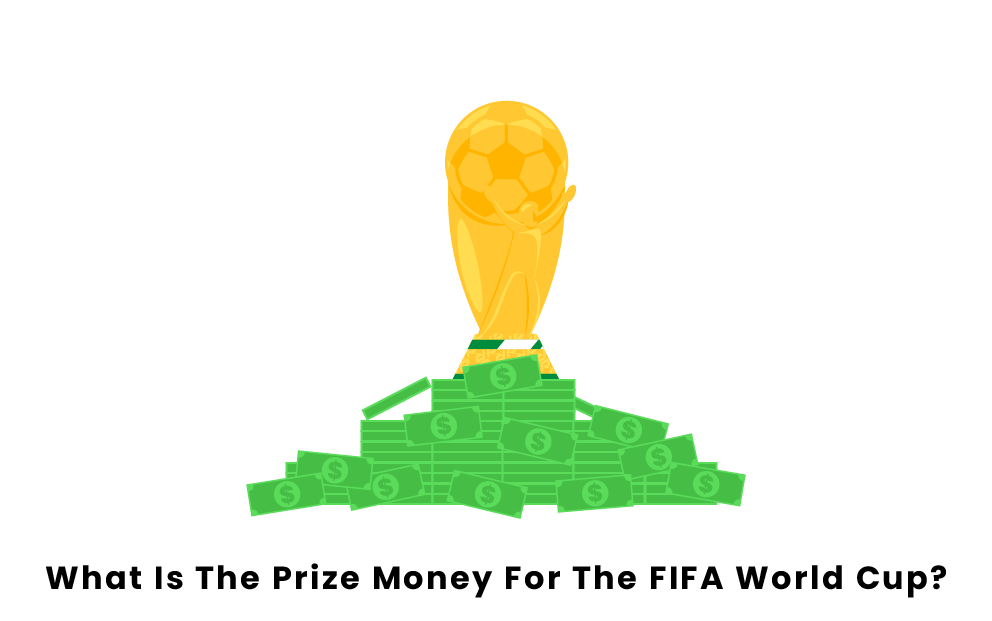 How Much do Countries Receive for Participating in the World Cup?

As of 2022, every competing country gets $2.5 to prepare for the tournament. After the tournament, each team earns an additional $10 million just for taking part in the group stage.

How Much does the Winning Country Earn?

The team that outlasts all other 31 countries to win the World Cup earns $50 million for their victory. However, their total prize money is actually $62.5 million. This is because every team receives $12.5 million, regardless of how well they perform: $2.5 million to prepare for the tournament, plus $10 million for competing in the group stage. The country that places second receives $32 million ($44.5 million including preparation and group stage).

How Does the Prize Money Change Over the Years?

The FIFA World Cup prize money has increased slightly from 2018 to 2022. In 2018, the winning country, France, only received a $38 million bonus for winning the championship, rather than 2022’s $50 million prize. The higher prize in 2022 is due to the 29% increase in revenue gained by the FIFA World Cup from TV rights, sponsorships, commercial activities, and ticket sales. The FIFA World Cup has gained a lot of attention in recent years, and the budget for the 2022 World Cup has drastically increased by 80% since 2014. This allows all teams to acquire more money since the number of countries participating has not changed.

What is the Prize Money for the Women’s FIFA World Cup?

The Women’s FIFA World Cup gives out much less money to its competing countries. The budget for the next Women’s FIFA World Cup, which will next take place in 2023, expects to have a significantly higher total sum than 2019’s total budget of $30 million. Like the men’s tournament, much of that budget is insurance money and features a $4 million prize to the winning country. While countries are paid $10 million in the men’s tournament for competing in the group stage, countries are paid just $750,000 in the women’s tournament for group stage play.

Pages Related to What Is The Prize Money For The FIFA World Cup?