What Is The Group of Death FIFA World Cup? 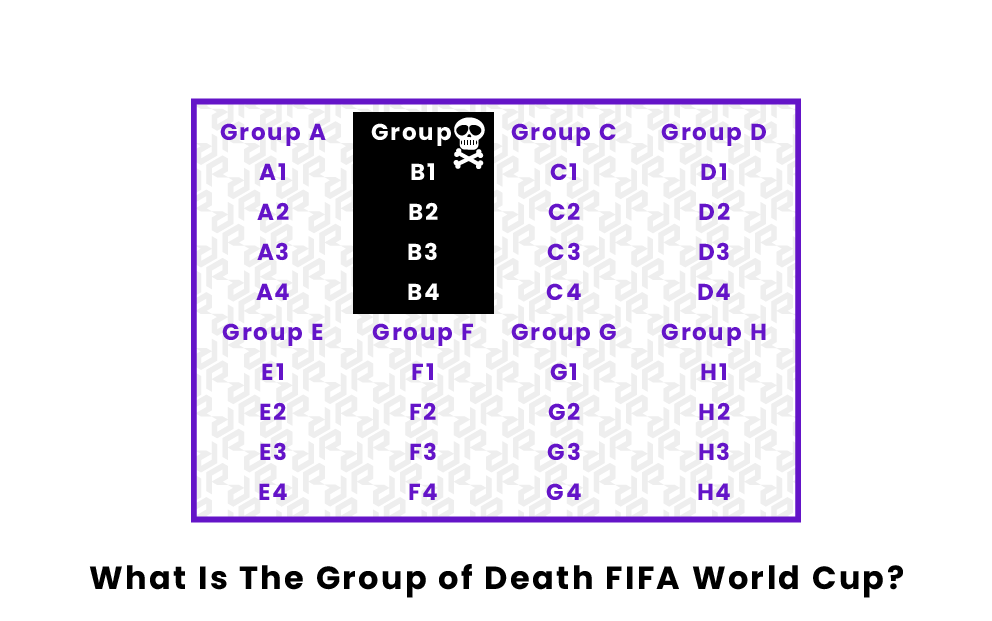 At the start of each World Cup, teams are put into groups of four, and they compete and play against the other three teams in their group to see who advances out of the group stage. While the groups are picked through a random draw to ensure fairness, there usually ends up being one group that appears to be more challenging than the rest. This group unofficially becomes known as the “Group of Death.” The remainder of this piece will discuss the history of the Group of Death.

By many historical accounts, the first true Group of Death occurred at the 1958 World Cup in Sweden. Group Four at the tournament was made up of three world powers at the time in Brazil, England, and the USSR. Austria was the fourth member of the group. However, they were overmatched by the overwhelming talent of the other three and finished with two losses and one tie. Brazil would go on to win the group and eventually the entire tournament, thanks to the emergence of their seventeen-year-old superstar Pele. The USSR was the second team to advance from the original Group of Death, defeating England in a playoff match. As time went on, more famous Group of Deaths would emerge and bring entertainment to the early rounds of World Cups.

Toughest Group of Death of All Time

While Group Four in 1958 is known as the original Group of Death, Group E in 1986 helped to popularize the term. Unlike the 1958 group, which had a relatively lightweight team in Austria, there was no easy team in this group. The four members were two-time champion Uruguay, two-time champion West Germany, Denmark, and Scotland. All four were competitive, talented teams, which rarely happens in a World Cup group. Denmark would win the group with three wins, and West Germany and Uruguay would also advance to the knockouts. West Germany would go on to finish runners-up to Argentina, further proving the talent of this group that a team that did not even win the group went on to finish in second place in the tournament. While many groups over the years can make a case, this group appears to stand out amongst the rest as the most challenging Group of Death of all time.

How Many Teams Are In The Group Of Death?

Like any World Cup group, there are four teams in the Group of Death. With the current format, there are eight groups of four to begin the tournament and the top two in each group advance to the tournament’s knockout stage.

How is the group of death decided in the World Cup?

FIFA does not specially choose the Group of Death, nor is it anything official. Instead, it is an unofficial term often decided by the fans and media when analyzing the groups trying to determine which is the toughest. The Group of Death will always have at least two, and often three, of the top-ranked teams in the world.

Which group is the group of death in the 2022 World Cup?

While there is still some time to go before the 2022 World Cup begins in November, the early favorite for Group of Death is Group E. Former Champions Spain (ranked #6 in the world) and Germany (#11) along with Japan (#24), and Costa Rica (#34) make up this challenging group.

Pages Related to What Is The Group of Death FIFA World Cup?