What Is The FIFA World Cup All Star Team? 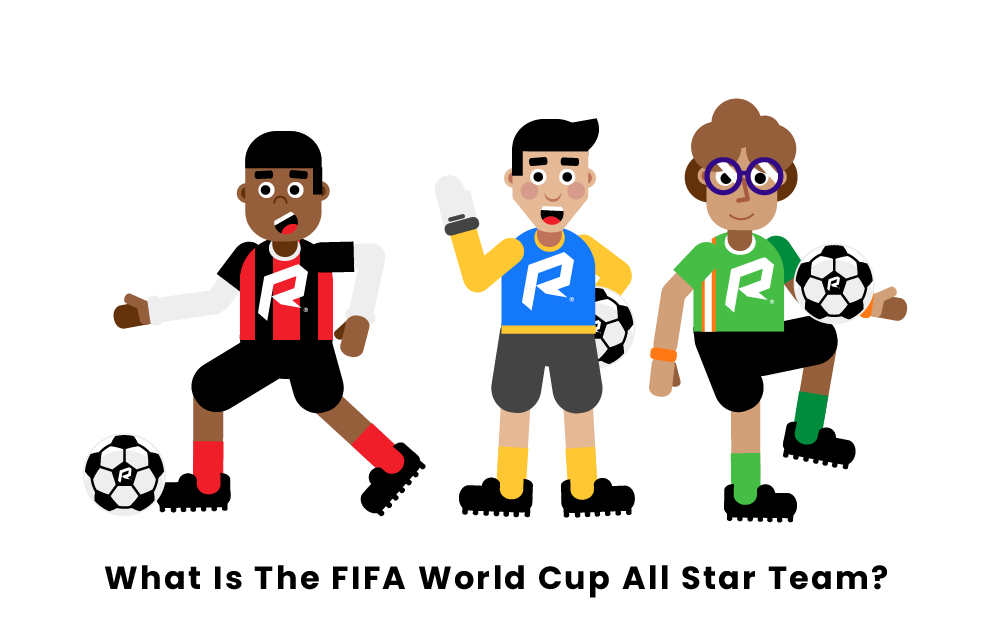 The FIFA World Cup represents the biggest soccer tournament in the world. Thousands of players from all over the world wait four years to display their talent on this global stage while defending the colors of their home country. As shown by the World Cup All Star Teams, the tournament is the perfect occasion for many players to establish their status or to secure a transfer move to a top European club. As the start of the 2022 FIFA World Cup in Qatar approaches, let’s take a look at the All Star Teams of the previous editions of the tournament!

While the FIFA World Cup has been running every four years since 1930, with the exception of a twelve years break from 1938 to 1950 due to World War II, FIFA did not nominate an All Star Team for many editions of the tournament.

As Italy clinched its second World Cup title, many Italian players were selected to the 1938 FIFA All Star Team. The team was highlighted by Giuseppe Meazza, the Brazilian Leonidas, who also won the Golden Boot of the tournament, and the Hungarian duo of György Sárosi and Pál Tiktos, who scored five goals each in four games.

After the 1938 World Cup, FIFA nominated an All Star team only twice, in the 1958 World Cup in Sweden and in 1990 in Italy. World Champions Brazil dominated the 1958 All Star team with five selections, including forwards Pelé, Garrincha, and Didi. The 1990 team was a star-studded side too, as all-time greats such as Paolo Maldini and Diego Armando Maradona made the squad.

After nominating the All Star Team only three times in fourteen editions of the World Cup, FIFA decided to create an official All Star Team, sponsored by MasterCard, starting from the 1994 World Cup in the United States. That team included a frontline with three Ballon d’Or winners, Rómario, Hristo Stoickhov, and Roberto Baggio, while Italian defender Paolo Maldini made another appearance after his selection in 1990.

Starting from the 1998 World Cup in France, FIFA and MasterCard decided to include reserves in the All Star Team. The 1998 team was a mix of players from the three semi-finalists: Brazil, France, and the Netherlands, with three selections each. Paraguay and Denmark also had two each, while third-placed Croatia was represented by forward Davor Suker, who also won the Golden Boot for the tournament.

The size of the All Star team remained the same for the 2002 World Cup but was then increased to twenty-three players for the 2006 World Cup in Germany. Brazilian trio Roberto Carlos, Rivaldo, and Ronaldo made their second straight appearance in the squad in 2002, while Claudio Reyna represented the USMNT in the All Star team. The 2006 side had five players from Italy, while French stars Lilian Thuram and Zinedine Zidane were voted into the team again after eight years.

After the 2006 World Cup, FIFA decided that being nominated to the World Cup All Star Team would not count as an official award anymore. Furthermore, two All Star teams were created, each with just eleven players, one voted by a fan poll and another based on statistical performances and sponsored by Visa.

As Spain won its first-ever World Cup in 2010, both All Star sides saw a heavy presence of Spaniards. Center-back pair Carles Puyol and Sergio Ramos and striker David Villa made both teams, together with Wesley Sneijder from runner-up Netherlands and Philip Lahm from third-placed Germany. Lahm was also included in the 2014 Visa All Star team together with teammates Manuel Neuer, Mats Hummels, Toni Kroos, and Thomas Müller. Neuer, Hummels, and Kroos were also the only ones with Thiago Silva from Brazil and James Rodriguez from Colombia to make the fans’ All Star team as well.

Although he did not win either edition of the World Cup, Brazilian center-back Thiago Silva made both All Star teams in 2014 and 2018, becoming the only player to do so in two consecutive tournaments. Third-place Belgian goalkeeper Thibaut Courtois, World Champion Raphaël Varane from France, and future Ballon d’Or Winner and Golden Ball from runner-ups Croatia also found a spot on both teams in 2018.

What is the FIFA World Cup All Star Team?

The FIFA World Cup All Star Team is a team composed of the best performing players at each World Cup. Over the years, FIFA has changed the selection process many times and only recognized these sides as official individual awards from 1994 to 2006. Since the 2010 World Cup, FIFA has published two unofficial All Star Teams, one based on statistical performances and one voted by the fans. Although during the 2002 and 2006 World Cup teams also included reserves, only eleven players make the All Star sides now.

Who votes for the FIFA World Cup All Star Team?

While the All Star teams were selected by FIFA members from 1994 to 2006, FIFA has now decided to create two different sides, one, sponsored by VISA, with players picked based on performance indexes and the other, the “Dream Team” voted by the fans. Alongside the squads published by FIFA, most sports newspapers publish World Cup All Star teams. Among them are France Football, the same newspaper that sponsors the Ballon d’Or, and Marca and Diario AS, the most popular European sports journal, which also has large reader bases in the United States and Latin America.

How many players are selected in the FIFA World Cup All Star Team?

Most editions of the FIFA World Cup All Star Team only include eleven players. However, FIFA decided to vote reserves for the MasterCard All Star Team from 1998 to 2006. The 1998 and 2002 sides had sixteen players, each with six reserves (including USMNT legend Landon Donovan) in 1998 and seven in 2002, while the 2006 team had twenty-three players. The 1990 side, while it was not considered official by FIFA, also included five reserves.

Pages Related to What Is The FIFA World Cup All Star Team?