What are the rules of the FIFA World Cup? 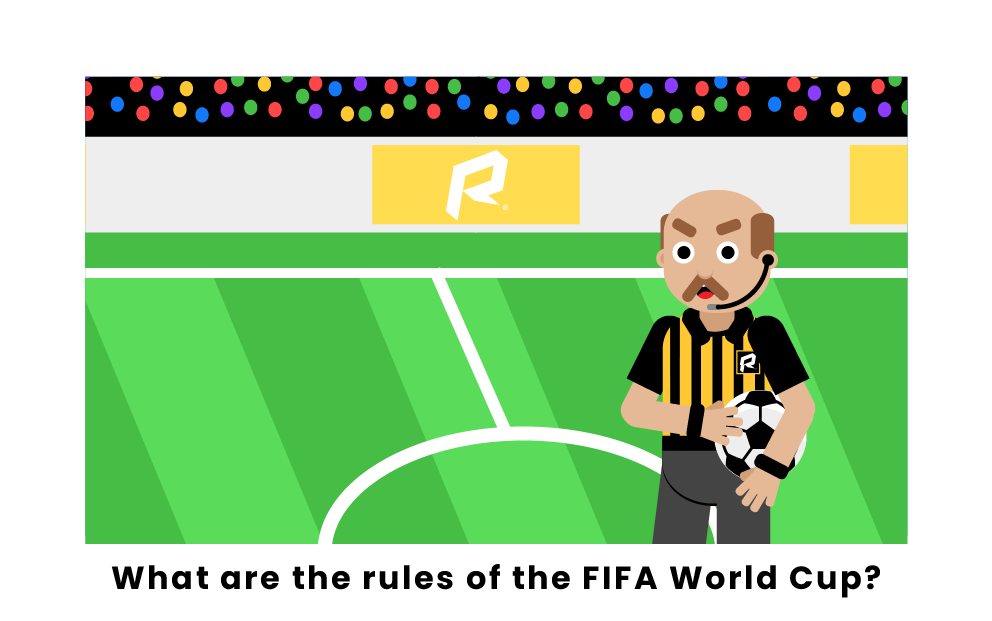 The rules of how the FIFA World Cup games will be played can be separated into three categories. These categories include match intervals, the Group Stage, and the Knockout Stages. All of the laws of the game are set by the International Football Association Board (IFAB).

An entire game lasts 90 minutes, with 45 minutes spanning each half. After 45 minutes is played, there will be a half-time break, which lasts fifteen minutes. Soccer uses a running clock, so the clock does not stop for the ball going out of bounds or any stoppage in play. Instead, the referee keeps track of how much time has gone off the clock during a dead ball and adds that extra time to the end of each half. Also, when there is severe weather in a given game, the referee may grant extra breaks according to what FIFA Medical suggests. 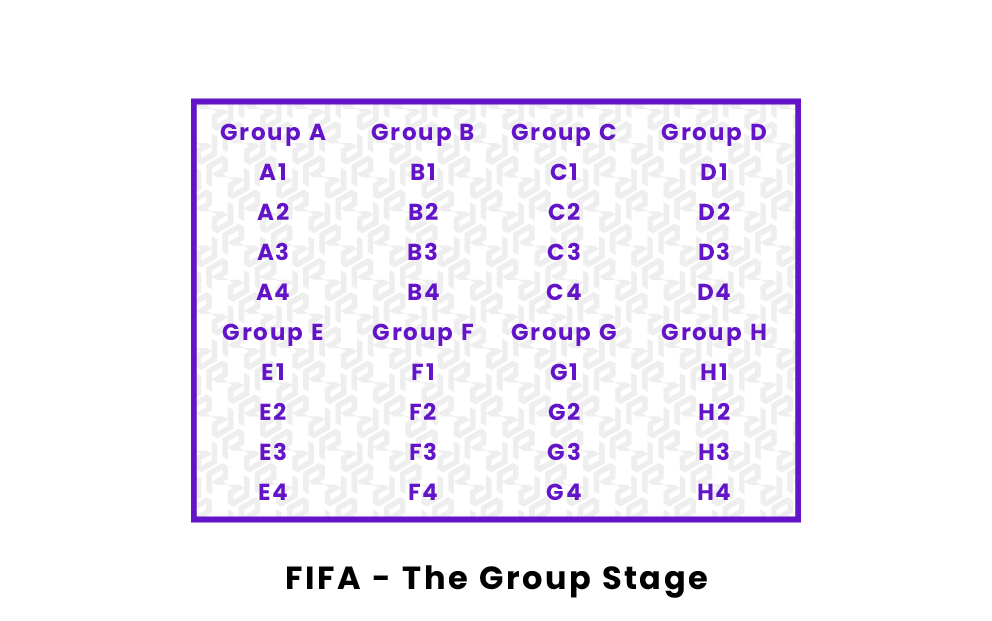 There are 32 teams in the FIFA World Cup, and they are divided into eight groups that play each other in the Group Stage. Each group is given a letter, and each one has four teams. These groups are decided based on a draw that is organized by FIFA rankings, making it so that the competition is similar in each group. The two teams with the most points in each group will move on to the knockout stages. Points are awarded as follows: three for winning, one for drawing, and zero for a defeat. 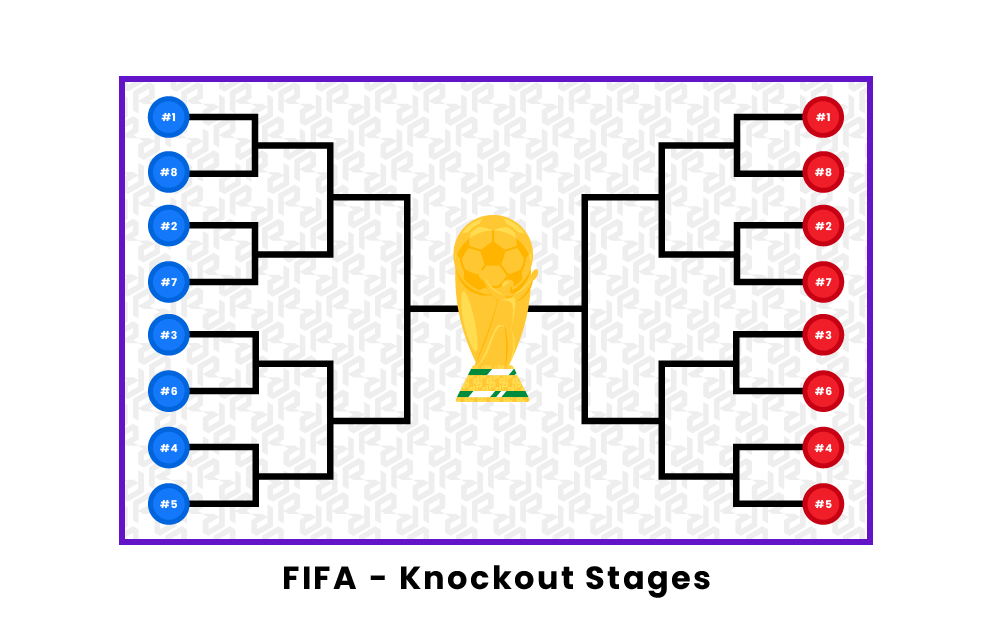 After competing in the group stage, the winner and the runner-up of each group compete in the knockout stages, where if you lose, you are out of the tournament. The first stage is called the round of 16, the second is the quarter-finals, the third is the semi-finals, and the fourth is the final. For those who lose in the semi-finals, they will play a playoff game to compete for third place.

Below is the schedule for the round of 16.

Below is the schedule for the quarter-finals.

Below is the schedule for the semi-finals.

Also, in the knockout round, if the game is tied once the 90 minutes run out, extra time will be applied. This extra time will be two 15-minute intervals, with a five-minute break after the 90 minutes played and a one-minute break after the first 15 minutes. If the game is still tied after the extra time, the competing teams will take penalty kicks. Penalty kicks consist of each team sending out five players to attempt to score a penalty shot. The team that scores the most goals after all five shots have been taken is declared the winner. If the score is tied after five shots, the first team to make a penalty while the other team misses will be declared the winner.

Whichever team advances through every stage of the knockout round is the winner of the World Cup.

Pages Related to What are the rules of the FIFA World Cup?