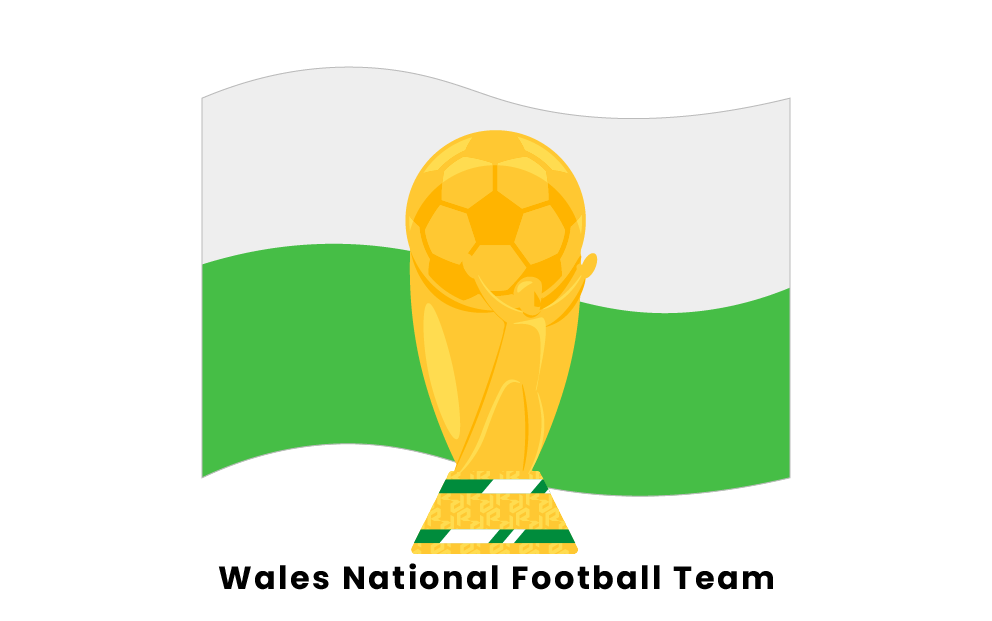 The Wales National Football team represents the Football Association of Wales (FAW) and is composed of the best soccer players from Wales. While they have one of the longest and richest histories in world soccer, they have not had much success on the international stage. Read on to learn more about the Wales National Soccer Team, including their history and achievements.

The Wales National Football Team competes in international tournaments, continental tournaments, and international friendly matches. The two most popular tournaments they play in are the FIFA World Cup and UEFA European Championship. Wales has qualified twice for the FIFA World Cup, in 1958 and 2022. They have also qualified twice for the UEFA European Championship, in 2016 and 2020. While they haven’t had tons of success in major tournaments, they still have produced several world-class players, most notably Gareth Bale.

The Wales National Football Team played their first official match in 1876, where they lost 4-0 to Scotland. Thus, they are one of the oldest national teams in world soccer history. Despite their long history, Wales has only qualified for two FIFA World Cups and two UEFA European Championships.

Their first run in the FIFA World Cup came in 1958, where the Dragons made it out of the group stage and into the quarter finals. However, they faced Brazil in the quarter finals, who featured one of the best players of all time in Pele. Pele would score the only goal in a 1-0 defeat for the Wales National Football Team.

The Wales National Football Team has only qualified for the UEFA European Championship relatively recently, as their first two appearances at the tournament came in 2016 and 2020. Their best appearance came in 2016, where they took home third place. They were unable to make it past the Round of 16 in 2020.

Unlike most national teams, Wales does not have any traditional rivalries with other national teams. Due to their centuries of political tension, many might assume England as their natural rival, but this has not been so on the soccer pitch. Both teams and their fans are renowned for their friendliness with one another under a common UK banner. Another potential reason for Wales’s lack of rivalries is that the national team has had very little international success. Rarely qualifying for either the UEFA European Championship or the FIFA World Cup has given the country few chances to foster competition with teams from other countries.

The traditional home kit of the Welsh national team is red shirts and red shorts with yellow and green accents. The away team kit is a similar design, with all-white shirts and shorts plus red accents. There is also typically a small red dragon across one side of the chest of each kit’s shirt. The kits are meant to resemble the colors and symbols of the Welsh national flag.

Has Wales Ever Won The World Cup?

No, Wales has never won the FIFA World Cup. In fact, the Welsh national team has been a FIFA member since 1950 but has only successfully qualified for the World Cup twice. They did so the first time in 1958, where they finished sixth against Brazil in the quarter finals. Their second qualification was for the 2022 World Cup in Qatar.

Who Is Wales’s Best Player?

The best player of all time for the Welsh national team is Gareth Bale. In addition to being both the youngest goalscorer and the all-time scorer in Welsh national team history, Bale led Wales to qualify for the 2022 World Cup in Qatar, the country’s first FIFA World Cup since 1958. Bale has scored 40 goals for Wales and hopes to score many more in future competition.

Who Is Wales’s All Time Scorer?

Wales’s all-time scorer is undoubtedly Gareth Bale. In his 108 international appearances for the Welsh national team, Bale has scored an impressive 40 goals. Though Wales has not been known as a soccer powerhouse in many decades, Bale’s scoring ability has helped lead the team to a new era.