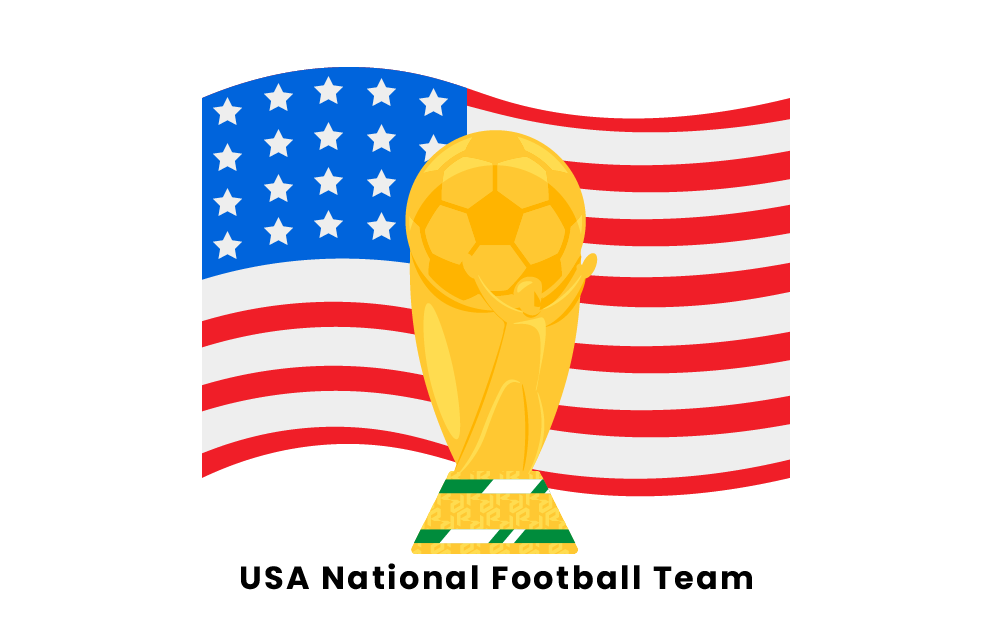 The US Men’s National Soccer Team is a member of the Confederation of North, Central America and Caribbean Association Football (CONCACAF). They participate in CONCACAF tournaments to qualify for major international tournaments, such as the FIFA World Cup. While the US Men’s National Team has never won a World Cup, the team is composed of extremely talented players from all over the country.

On the international stage, the American men’s national team has an unsuccessful but dynamic and long history. The team was one of the teams to take part in the inaugural 1930 World Cup and it was also coincidentally USA’s best showing at the tournament. They made it all the way to the semifinals where they finished third against Argentina in a tragic 6-1 loss.

Over the next few decades, the team would have little success as a team, never making it past the Group of 16 stage at the World Cup and withdrawing from competition in 1938 due to the tension leading up to World War II. After a triumphant return in 1950, USA failed to qualify for a consecutive nine World Cups.

The US Men’s National Team is primarily rivals with other CONCACAF teams, as that is who they compete against in continental tournaments and World Cup Qualifying. Their biggest rivals are considered to be Canada, Mexico, and Costa Rica. The United States and Mexico are considered to be the best teams in CONCACAF, and therefore have faced-off in several tournaments and friendlies throughout the years. Canada and Costa Rica share less intense rivalries with the United States, as they are not as accomplished within CONCACAF.

The US Men’s National Team kits have always featured the colors on the American flag: red, white, and blue. Their first colors feature a white jersey and white shorts, along with blue socks and red accents. The second kits are almost completely blue, with some red and white accents.

Has the USA Ever Won The World Cup?

No, the American men’s national team has never won the World Cup. Though the USA had made 11 appearances at the tournament since 1930, the closest they ever came was actually in their inaugural appearance. They lost in the semifinals of the first World Cup to Argentina in a massive 6-1 loss. The only time they even got past the Group of 16 was in 2002 when they lost 1-0 to Germany in the quarter finals.

Who Is USA’s Best Player?

The all-time best player for the American men’s national team is undoubtedly Landon Donovan. During his three World Cup appearances (2002, 2006, 2010), Donovan was known for his aggressive play as a forward and even led the USA in most World Cup goals. In 2002, he was even named the FIFA World Cup Best Player and scored a remarkable game-winning goal against Algeria at the 2010 World Cup.

Who Is USA’s All Time Leading Scorer?

The all-time leading scorers for the American men’s national team are Landon Donovan and Clint Dempsey. During Donovan’s 157 international appearances and Dempsey’s 141, both players scored an impressive career total of 57 goals. Understandably, both men retired as two of the best players to ever represent America on the global pitch.