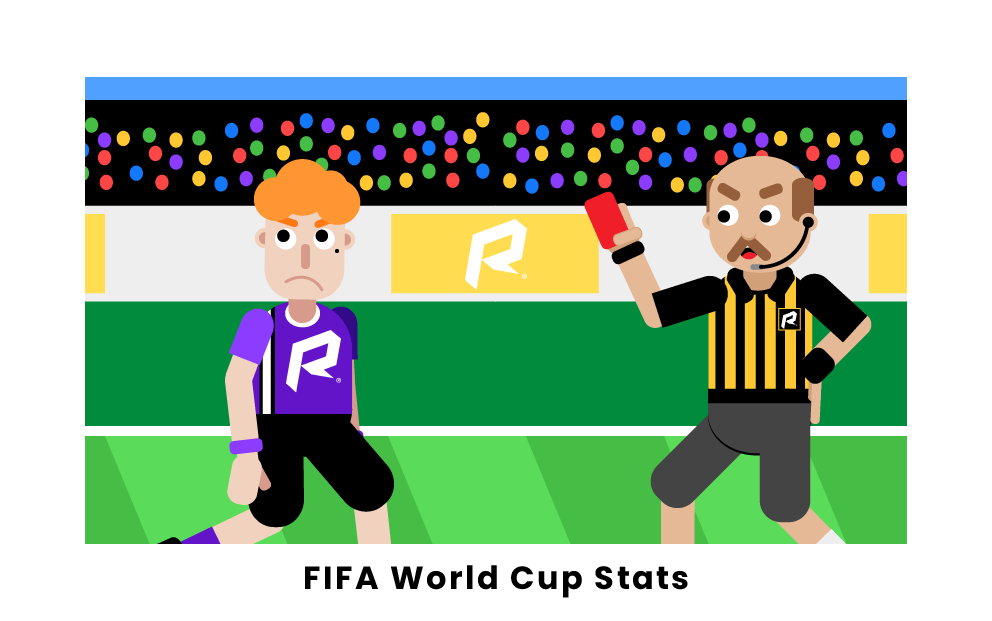 The FIFA World Cup is the world’s largest soccer competition, hosting the best international teams in a head-to-head tournament. At each FIFA World Cup, players are determined to bring home the trophy to their nation, showing off their skills on the international stage. Often, records are broken, and legendary moments are made. Here is a list of some of the most interesting and impressive FIFA World Cup statistics.

Biggest Margin of Victory In A Qualifying Match

Goalkeeper With The Most Clean Sheet Records

England’s Peter Shilton and France’s Fabien Barthez are tied with the most clean sheets record. Each goalkeeper maintained ten clean sheets throughout their World Cup careers.

The longest distance covered by a player in a single World Cup tournament was 84 kilometers. Germany’s Thomas Muller set this record in the 2014 World Cup.

Javier Mascherano of Argentina holds the record for the most combined yellow and red cards throughout his World Cup career. Mascherano received a total of seven cards.

Miroslav Klose has set the record for the most goals scored across multiple World Cups. The German forward has set a record of 16 World Cup goals throughout his career.

Most Goals Scored By A Player In A Single Match

Oleg Salenko, a retired Russian forward, has scored the most goals in a single World Cup match. In Russia’s match against Cameroon in 1994, Salenko scored a whopping five goals.

Most Goals Scored In A World Cup Tournament

The most goals scored across a single FIFA World Cup tournament was 171 goals. Surprisingly, this occurred twice, once in the 1998 World Cup and again in the 2014 World Cup.

The player that has won the most FIFA World Cups in history is Pelé. The Brazilian forward has contributed to Brazil’s victories in three FIFA World Cup finals, being the only player to have won three tournaments. In second place, 20 players are tied with two World Cup wins. Since Pelé, no player has yet to break the two-win record.

Spain is the country that has been awarded the most penalties across multiple FIFA World Cups, with a total of 18 penalties awarded. They also have the most successfully converted penalties, with 15.

Most Players Sent Off In A Match

In a 2006 match between Portugal and the Netherlands, which later became popularly known as the “Battle of Nuremberg,” two players from each team received red cards. In total, a record four players in the match were sent off, making it the only 9 v. 9-player game in World Cup history.

The oldest player to have scored a goal in a World Cup was Roger Milla, a forward from Cameroon. Milla was 42 years and 39 days old when he scored his goal during a 1994 match against Russia.

The youngest player to have scored a goal in a World Cup was Pelé. The Brazilian forward scored his first World Cup goal at just 17 years and 239 days of age.