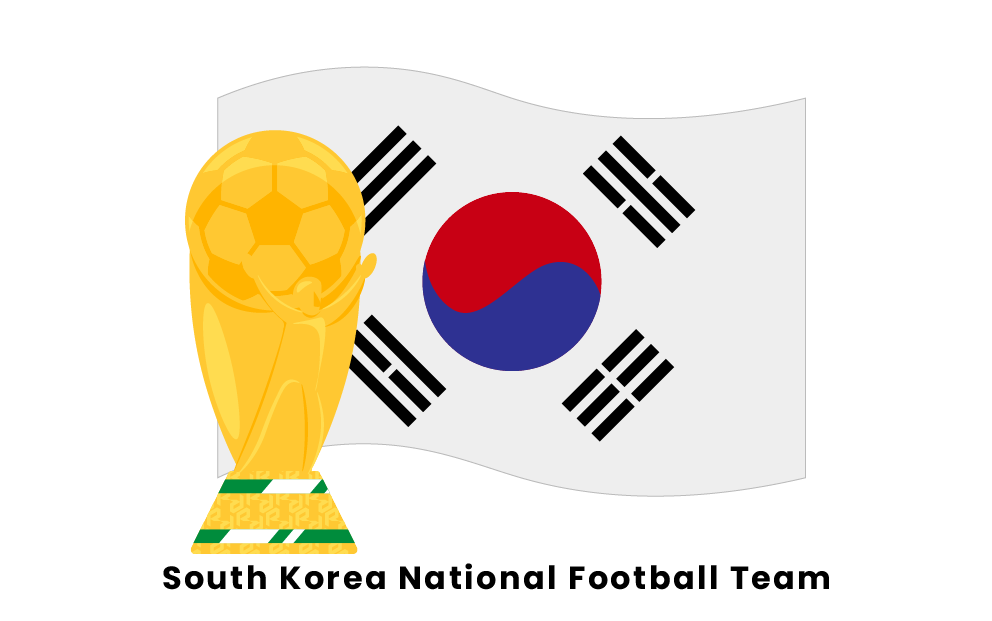 The South Korean national football team is one of the oldest national squads in Asia. The team has had limited international success since their heyday in the 1960s, but they have made good showings in the EAFF Championship, winning the tournament five times. The team is known by fans as “The Reds” for their all-red home kits. Another nickname is the Tigers of Asia, referring to the tiger crest, which is the club’s symbol. Although they have never won a World Cup, the Reds reached the semi-finals in the 2002 World Cup, which they hosted, marking the best finish in the tournament for an Asian team. South Korea has several fierce rivals, notably the Japanese. Their passionate fans are known as the Red Devils.

The South Korean national football team has been around since 1928 when it was founded as the Joseon Football Association. The team had participated in domestic competitions since 1921 and had played friendly matches against Japanese teams since 1926. Representing Korea, the Joseon Football Club won the 1935 Emperor’s Cup. South Korea qualified for the 1954 FIFA World Cup. It was their first appearance and their first attempt at qualifying. They lost both matches but made up for it by winning the first and second-ever AFC Asian Cups in 1956 and 1960. Since then, the team has made some promising showings in international tournaments, notably a fourth-place finish in the 2002 FIFA World Cup, which they hosted.

The biggest rival of South Korea’s national team is Japan. However, the team has several other rivals, including China, Australia, Iran, and North Korea. The rivalry with Japan is informed by the longtime competition between the two countries themselves. South Korea holds a commanding edge in the rivalry. The feud with Iran stems from their first match in 1958, which Korea won 5-0. Since then, the teams have met over 30 times, with Iran leading the series. Australia is a competitive rival, and one of the most-followed derbies in Asia. Australia has dominated their meetings, making it a one-sided rivalry. Their rivalry with China is a regional one, and Korea has traditionally dominated, as 28 matches passed until the Chinese got a win. Their feud with North Korea is also regional and political, but few matches have taken place in recent years because of diplomatic tensions.

The South Korean national football team traditionally wears all red for their home kits, leading the team to be nicknamed the Reds. The team sometimes wears black shorts at home, and they also have an away uniform that is black with abstract swaths of yellow, red, and blue. Both home and away jerseys feature a tiger crest, which is the logo of the national team. Nike has been the official jersey supplier since 1996.

Has South Korea Ever Won The World Cup?

South Korea has never won the World Cup. Out of their ten appearances since 1954, the Koreans’ best finish was fourth place in 2002 at a World Cup that they hosted. The Korean team has been more successful in other tournaments, winning the AFC Asian Cup twice and the EAFF Championship five times. They have also taken gold at the Asian Games three times.

Who Is South Korea’s Best Player?

Jeong Woo-yeong is South Korea’s best player. The young star also plays winger and attacking midfielder for SC Freiburg in the Bundesliga. Jeong has played for South Korea since 2021 when he became eligible for the team. He played for the country’s national youth teams before that, racking up international experience at each level. Over his nine international caps since 2021, he has scored two goals.

Who Is South Korea’s All Time Scorer?

Cha Bum-Kun is South Korea’s all-time scorer, with 58 international goals. He started playing for the team at age 18, the youngest player at the time. He played for the team for 16 years, making 136 international starts. Known for his explosive kicks and ball-striking talents, Cha is considered one of the best Asian soccer players of all time. During his career, he also scored numerous goals for Eintracht Frankfurt and Bayer Leverkusen in the Bundesliga.