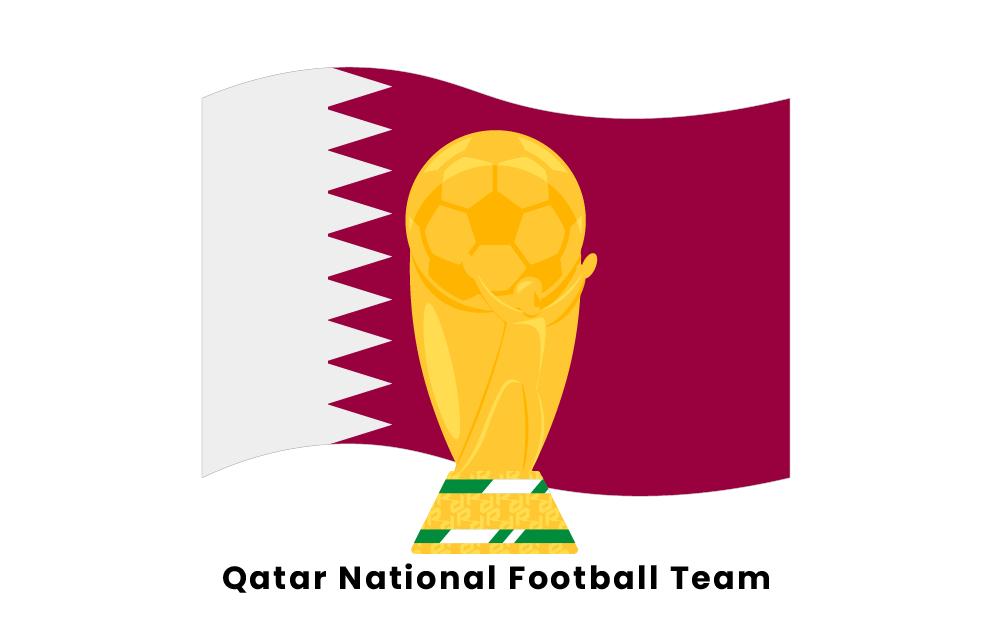 The Qatar Football Association joined FIFA in 1963, and the National Football Team played its first official match in 1970, losing 1-2 to Bahrain. They played their first FIFA World Cup qualification matches in 1977, losing three and winning one. The Qatar National Team has not qualified for a FIFA World Cup in its history through qualification, but will play in the 2022 edition as the host nation.

Outside of the FIFA World Cup, the Qatar National Football Team has won one AFC Asian Cup and has made the tournament ten times. Their first qualification came in 1980, and their lone win came in 2019.

Qatar’s main rivalry is with the United Arab Emirates (UAE). Since both countries declared freedom from Britain’s rule, their teams have been mostly friendly rivals. The first match against one another was in 1972 at the Arabian Gulf Cup, where the UAE team barely won 1-0. Though this rivalry has been tamer than most, it has increased as political tensions rose in the region. After Qatar defeated the United Arab Emirates team in the 2019 AFC Asian Cup, UAE fans even threw shoes at Qatar’s national team and rushed the field once the game was over.

The traditional home kit of the Qatar national team is a set of maroon shirts and maroon shorts with small white stripes at the edges. As is traditional with most national teams, Qatar’s uniforms are based on the modern flag which is mostly maroon with a small white section. The team’s away uniforms are meanwhile white with maroon accents. This is why a popular nickname for the team is “The Maroon.”

Has Qatar Ever Won The World Cup?

No, Qatar has never won the FIFA World Cup. In fact, the Qatar national team has never even played in the tournament. Despite decent showings in the AFC Asian Cup, Qatar has never made it past the final stages of qualifying rounds. The 2022 World Cup will be their first time playing, as they are guaranteed a spot as the host nation.

Who Is Qatar’s Best Player?

Qatar’s best all-time player is Almoez Ali. As a powerhouse striker, he is tied for the most all-time scores in the team’s near forty-year history. In his aggressive leadership of the team’s offense, Ali is most well-known for leading the Qatar national team to victory at the 2019 AFC Asian Cup. In the competition, he scored nine goals, the most ever scored in AFC Asian Cup history.

Who Is Qatar’s All Time Scorer?

The two all-time scorers for Qatar are Mansour Muftah and Almoez Ali. During their careers with the team, both players scored an impressive 42 goals on the international pitch. While Muftah is long-retired, Ali is a current player and will likely surpass Muftah to become the sole holder of this title.